Guinea pigs have a reputation for being rather undemanding pets. The furry pigs are also recommended for children. Because – in contrast to hamsters and rats – they are diurnal, i.e. they have roughly the same daily rhythm as the human offspring. Nevertheless, guinea pigs are only suitable to a limited extent for children. Although they become tame, they don’t like to be touched and are therefore more likely to be animals to watch. Of course, pets are generally not cuddly toys – but guinea pigs are still a major difference to dogs and cats, which sometimes come to cuddle on the sofa. Because the small rodents are far more frightened and sensitive – a numbness of fear or a stress-related tremor is not uncommon when you take the small animals out of their enclosure.

If it should still be guinea pigs, at least two animals must be purchased. Keeping guinea pigs alone – this is neither appropriate nor necessary. Unfortunately, the misconception that several animals become slower or not at all tame still persists in some minds. However, those who deal with their animals regularly can also get five or more guinea pigs used to themselves.

Contents show
1 Guinea Pigs Also Live in Groups in Nature
2 Why Not a Mixed Group with Uncastrated Animals?
3 This is What the Ideal Group of Guinea Pigs Looks Like
4 Conclusion: Guinea Pigs are Only Kept in Groups 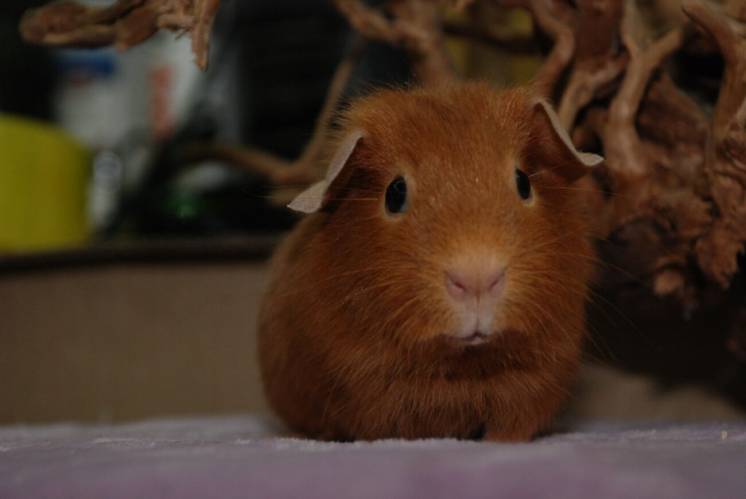 A group of guinea pigs is much easier to observe than a single animal. Above all, there is a lot to hear: in the pack, the pigs show their characteristic and varied spoken language. In nature, guinea pigs live together in groups of three to ten animals. Even if they move into our living room or our garden, they remain pack animals.

Why Not a Mixed Group with Uncastrated Animals?

The breeding of guinea pigs is not recommended without the necessary specialist knowledge – for example about the genetics of the animals. In addition, many guinea pigs are waiting in the animal shelters for a new home. Even a one-time throw is not a good idea. A guinea pig gives birth to up to five young, and in rare cases more. Since male guinea pigs can be sexually mature as early as three weeks, they must be separated from the mother and the young female animals at this point. Then either another guinea pig enclosure or a new home for the little ones has to be found. Therefore, the male guinea pigs – the bucks – should always be neutered when keeping a mixed group.

This is What the Ideal Group of Guinea Pigs Looks Like

A group with three to four or more animals is appropriate to the species. In the case of a couple, one cannot speak of group housing. At best, keep several females together with a neutered buck. Pure female or buck groups are also possible. However, the keeping of buck groups is sometimes complicated and therefore only recommended to a limited extent, especially for beginners. Groups with several bucks and several females are particularly difficult to keep. Because it can lead to serious disputes over the hierarchy, in which the bucks are sometimes fatally injured. A very large enclosure and a lot of experience, as well as guinea pig expertise, are required for this type of husbandry to work. And even then there is no guarantee for this combination.

Conclusion: Guinea Pigs are Only Kept in Groups 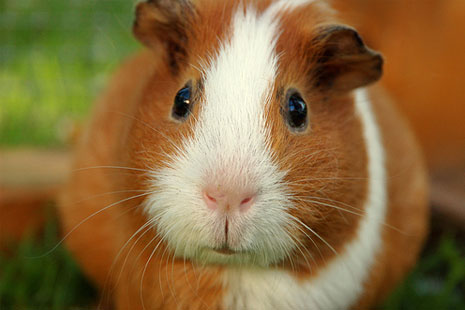 Keeping guinea pigs in groups is not only recommended but mandatory. Only with at least one conspecific, but better with several, do the animals feel really good. Keeping guinea pigs alone, on the other hand, is not only inappropriate but cruel: The guinea pig is condemned to lifelong loneliness. The combination of guinea pigs and rabbits is not recommended! Not only can a rabbit not replace another guinea pig, but the compulsory socialization of both animal species can also even result in illnesses or injuries. On the other hand, a group of guinea pigs consisting of several females and a neutered buck is ideal. Even pure female groups can usually be kept well by beginners. The group is most harmonious when the animals are socialized with a few weeks or come from the same litter.