The word “kangaroo” comes from the language of the Aborigines, the original inhabitants of Australia. The navigator James Cook was the first European to report on the kangaroos.

All kangaroos have a typical appearance: Long, strong legs attach to a round abdomen and they use them to hop around. They also have a long tail, which is mainly used for support and balance. Small front legs sit on the slender front body.

Kangaroos can be of different sizes:

Bennett kangaroos are about 90 to 105 centimeters in size. Kangaroos can grow larger than a human and brush-tailed kangaroos are as small as rabbits.

Where do kangaroos live? 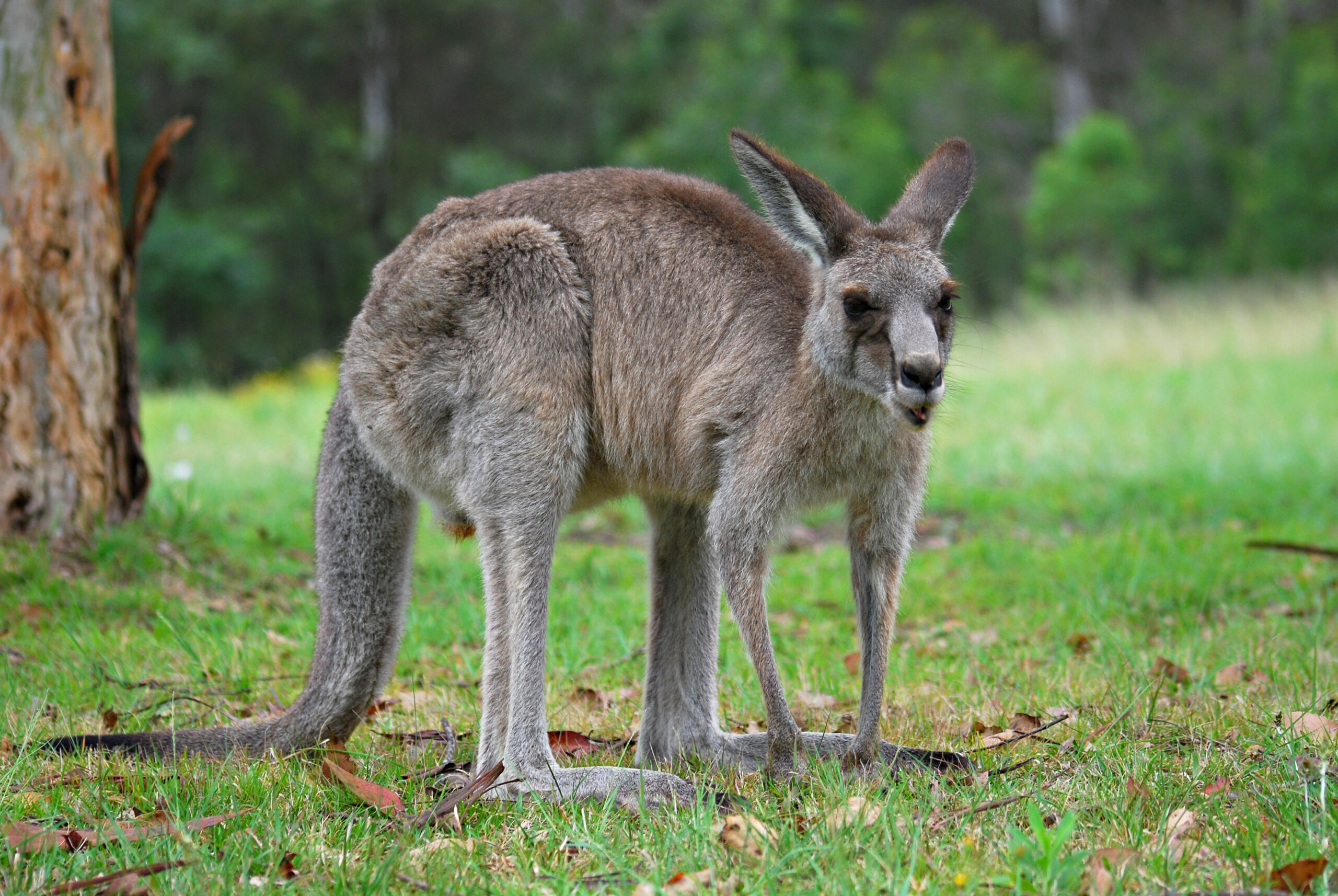 Kangaroos live in Australia and on offshore islands like Tasmania and New Guinea. Giant kangaroos prefer dry and hot areas. They live in semi-deserts, steppes, and bushlands. The Bennett’s kangaroos, on the other hand, live in the coastal regions of eastern Australia, in Tasmania, and on the Bass Strait Islands.

What types of kangaroos are there?

Two subspecies of Bennett’s kangaroos are known. One (Macropus rufogriseus rufogriseus) lives in Tasmania and the Bass Strait Islands. The other lives on the Australian continent. They are called “Red-necked Wallabies” in their homeland. There are eight different species of rat-kangaroos. In addition to the brush-tailed kangaroos, these are, for example, the rabbit kangaroos and the red rat-kangaroos. The kangaroos include red and gray kangaroos. Also the mountain kangaroos and removed the wallabies.

The red kangaroos are the largest representatives of the kangaroos and therefore also the largest marsupials in the world. When standing, they can reach a height of 1.80 meters. There are two subspecies of gray kangaroos – whose names refer to their range in Australia: the eastern and western gray kangaroos. In total there are more than 80 different kangaroo species. They vary greatly in size, habitat, and behavior.

How old do kangaroos get?

Depending on their species and size, kangaroos live at different ages: the smaller ones are about eight years old, the larger ones are up to 16 years.

How do kangaroos live?

During the day, kangaroos hide and rest. At dusk, they emerge from their shelter and begin to forage for food. Even at dawn, you can often see them eating. Then they hide again. Although kangaroos tend to be solitary animals, they often form groups of up to 30 animals when foraging for food.

When it’s hot, kangaroos lick their hands and forearms to cool off. They also do this when they are angry or upset. Even the little brush-tailed kangaroos are nocturnal loners. During the day they hide in hollows they dig in the ground and in which they build nests of grass. These nests are so cleverly hidden among the grass and undergrowth that they are almost impossible to find.

How do kangaroos reproduce?

When it comes to offspring, the subspecies of kangaroos differ: the animals that live on the Australian mainland give birth to young all year round. In contrast, the offspring in Tasmania are only born between January and July. Most young are born here in February and March. The gestation period for both subspecies is 30 to 40 days. Usually only one young is born, which is tiny – about the size of a jelly bean – and weighs less than a gram. 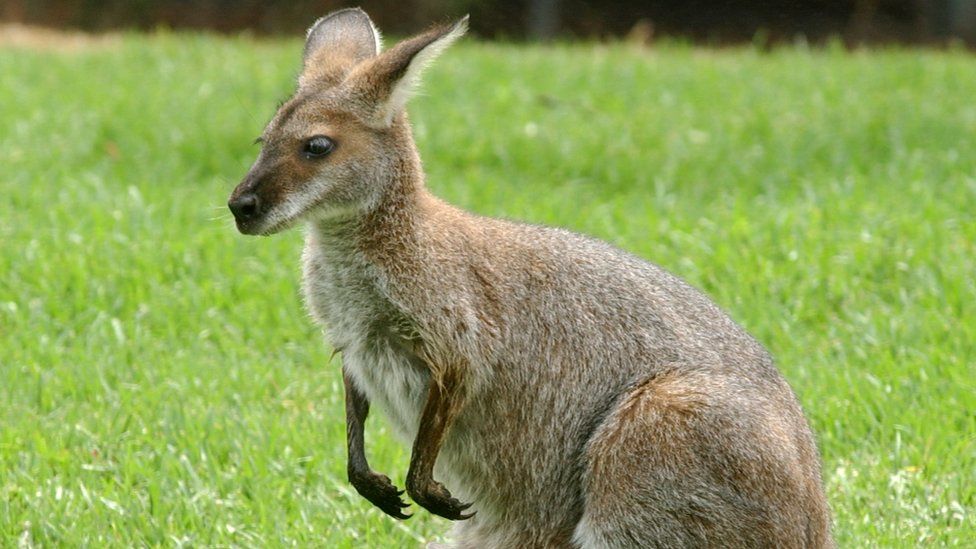 The newborns are barely developed and resemble an embryo: the eyes and ears are barely developed, the body is bare and the hind legs are still very short. Still, the newborn crawls through the mother’s fur until it reaches the pouch on her belly within minutes of birth. It finds the right way with the help of its sense of smell. The mother has left a trail of saliva from the birth opening to the pouch.

The newborn follows this trail. In the pouch, it attaches itself to the mother’s teat. The teat then swells so that the newborn cannot let go of it. At first, it is also too weak to suckle, so the mother squirts the milk into her child’s mouth. The newborn spends the next nine months exclusively in its mother’s pouch. During this time it matures into a young, fully developed kangaroo. Even when it has left the pouch, the mother often nurses her young for a long time – until it is around 12 to 17 months old.

What do kangaroos eat?

Kangaroos are herbivores. Grasses, herbs, and leaves are their favorite food. When it rains little, they also chew juicy roots to quench their thirst. Brush-tailed kangaroos primarily eat mushrooms, which they look for in the ground. They are specialized in this food and have special bacteria in their intestines to be able to digest the fungi.

Plants, tubers, and worms are just snacking on them.