Jellyfish or medusa look great and have a particularly calming effect on many people when viewed. But can jellyfish be housed at home or are they unsuitable as pets? Here you can find out everything about keeping jellyfish and what you should consider when caring for them.

Contents show
1 General Information About the Jellyfish
2 Form, Furnishings, and Fittings
3 Other Conditions for Keeping Jellyfish

General Information About the Jellyfish 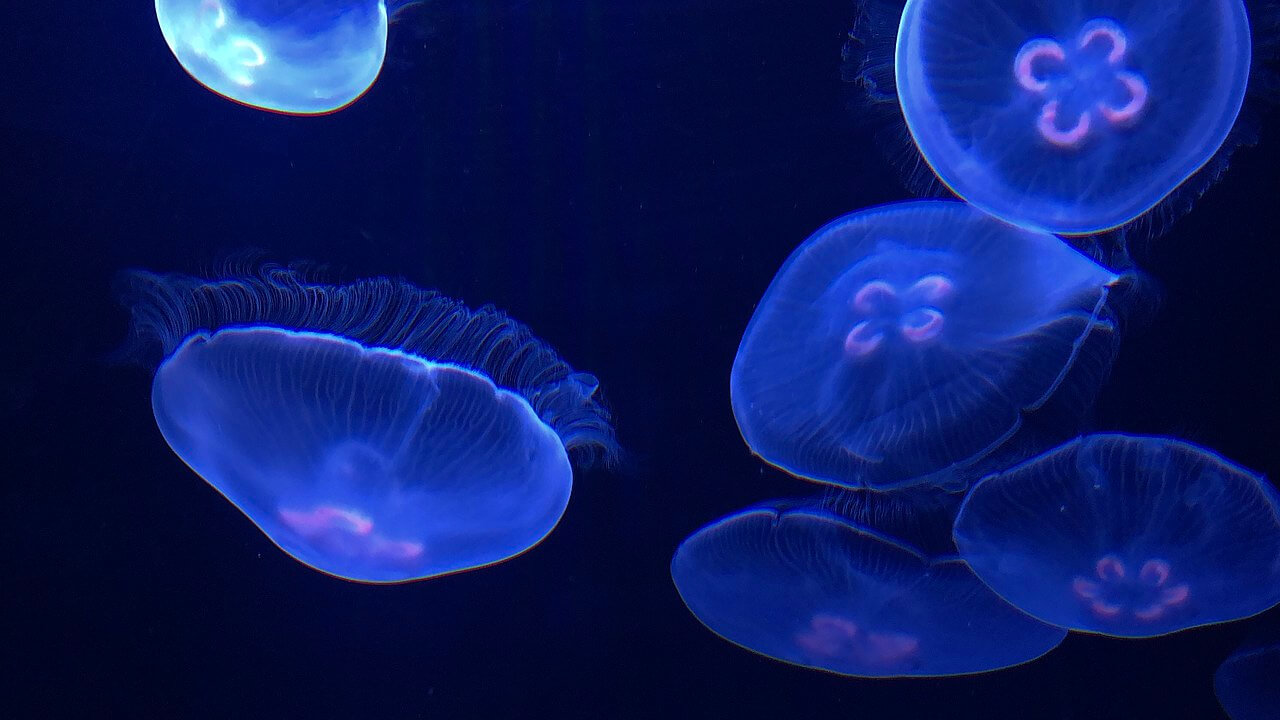 Jellyfish belong to the cnidarians family and, as tissue animals, have real tissue and organs. They are characterized by their jelly-like, umbrella-shaped appearance and the longest, pronounced tentacles. What is special about them is that they do not have a brain. Nevertheless, this animal is very successful in history and has populated our seas since ancient times.

There are three types of jellyfish whose way of life is fundamentally different: Type 1 (e.g. the Spanish galley) swims on the surface and allows itself to be carried by the wind. Type 2 lives in open water and is dependent on the current. These are mostly the jellyfish that you can also find washed up on our beaches, as they mostly occur near the coast. An example here is the ear jellyfish, which we will deal with later. Type 3 then represents the jellyfish living on the bottom. In general, the habitats differ, i.e. freshwater or saltwater areas.

The ear jellyfish mentioned above, belonging to the umbrella jellyfish class, is best suited for keeping in the pool because it is relatively frugal and does not make any extreme demands on the water parameters and lighting conditions. They move either through the flow or on the basis of the principle of recoil. It is also suitable because (unlike many of its relatives) it is poisonous, but not dangerous to humans. In the worst case, a slight allergic reaction can occur.

Because of their jelly-like bodies, jellyfish are real mimosas; they can injure themselves in all kinds of things. Because of this, the basin must be round or cylindrical in shape. This means that there are no corners and edges on which you can injure yourself. This is exactly why you should avoid any plant equipment or decoration, as well as as much internal technology as possible: It can hit the filter and heater or be sucked in by the pump and die there: therefore always turn the pump suction down.

As already said, a constant current is particularly important: It ensures that the animals come out of dead or weak current zones and do not enter there. A light, vortex-free water circulation that is horizontal and only minimally vertical is ideal: this way the jellyfish can comfortably be drifted upwards by the current.

Of course, the tank needs to be big enough for the jellyfish (including those with long tentacles) to move around comfortably. In addition, it is important to ensure that you have a very powerful skimmer and that you often change parts of the water generously: Jellyfish only eat part of the food offered, which is why the water pollution is significantly higher than that of aquarium fish.

The light is also another point: The importance here depends on the species. As a rule, jellyfish, including our moon jellyfish, do not need a lot and also no specific light. However, there are species that have symbiotic algae and feed on the substances they produce. Diffuse or monochromatic blue light is required here so that the algae can photosynthesize.

Other Conditions for Keeping Jellyfish 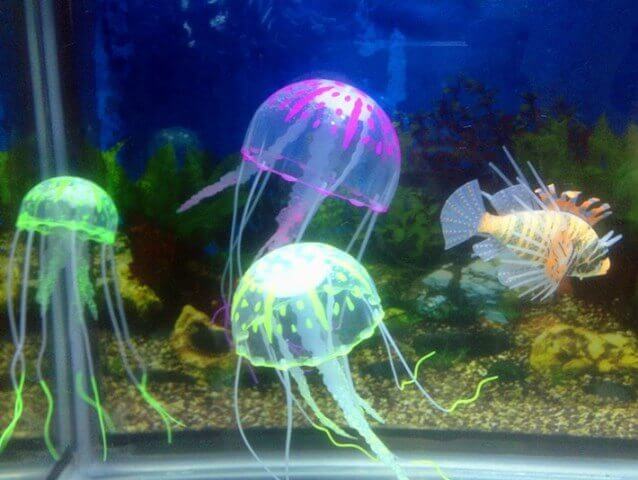 In addition to the shape of the pool, feeding is another point that requires special attention. In general, jellyfish feed on microorganisms such as plankton. If we take the moon jellyfish again as an example, it should be noted that it does not have long tentacles. For this reason, it feeds passively: the food animal has to touch its underside in order to be poisoned by the stinging cells there and then eaten.

Since this feed intake takes a long time, the animals have to be in the tank with a large amount of feed over a long period of time. In nature, they have a constant consumption of food, which can best be imitated with very frequent and intensive feeding with floating food. The “floating” of the feed happens almost automatically due to the current. Permanent feeding is ideal: For this purpose, one feeds a large amount of feed 3 to 4 times a day. The remaining, floating food should then be left in the water for around 2 hours so that the medusa have enough time to come into contact with it “by chance”.

Many are also interested in whether it is possible to keep jellyfish together with other animals. Fish are out of the question here, as keeping them in cylindrical tanks is out of the question. However, one can consider crabs or snails: the red reef hermit crab, for example, has an appealing, bright color and eats sinking food that was not caught by the jellyfish. Snails, on the other hand, pay more attention to the cleanliness of the pool wall. They eat algae from the windshield and thus also ensure cleanliness and improved water quality.

In general, before you buy a jellyfish tank, you should find out what the animals need and whether these needs can be met for you and your wallet. This of course applies to every purchase of a new potential pet, but it is particularly important here because few people keep jellyfish successfully and you can therefore get fewer tips and advice from forums, pet shops, and books.