We humans yawn, monkeys too, even fish and birds – and cats also regularly open their mouths wide to yawn heartily. Have you ever wondered why your cat is yawning? There are actually various reasons for this.

Had you known: Cats yawn around 100,000 times in their life. For a cat that turns 15, this would be about once an hour. The question of why mammals – by the way, we humans too – yawn is even a science of its own, chasmology. The researchers in this area investigate, among other things, the function and cause of yawning. 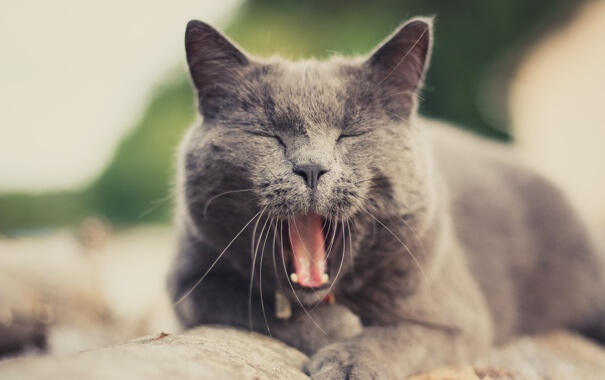 There are several reasons for this: One study found that the number of nerve cells in the brain is decisive for the duration of the yawn. Accordingly, people are at the top with six seconds, cats yawn an average of 2.1 seconds, three-tenths of a second shorter than dogs. So the following applies: the larger the brain mass, the longer the yawn.

So when cats yawn it doesn’t mean they are bored, but rather it stands for concentration – at the same time, it relaxes the muscles and ensures that cats wake up. Shortly after waking up, they shake off the last bit of tiredness.

Tiredness, Relaxation or Pain: That’s Why Your Cat Yawns 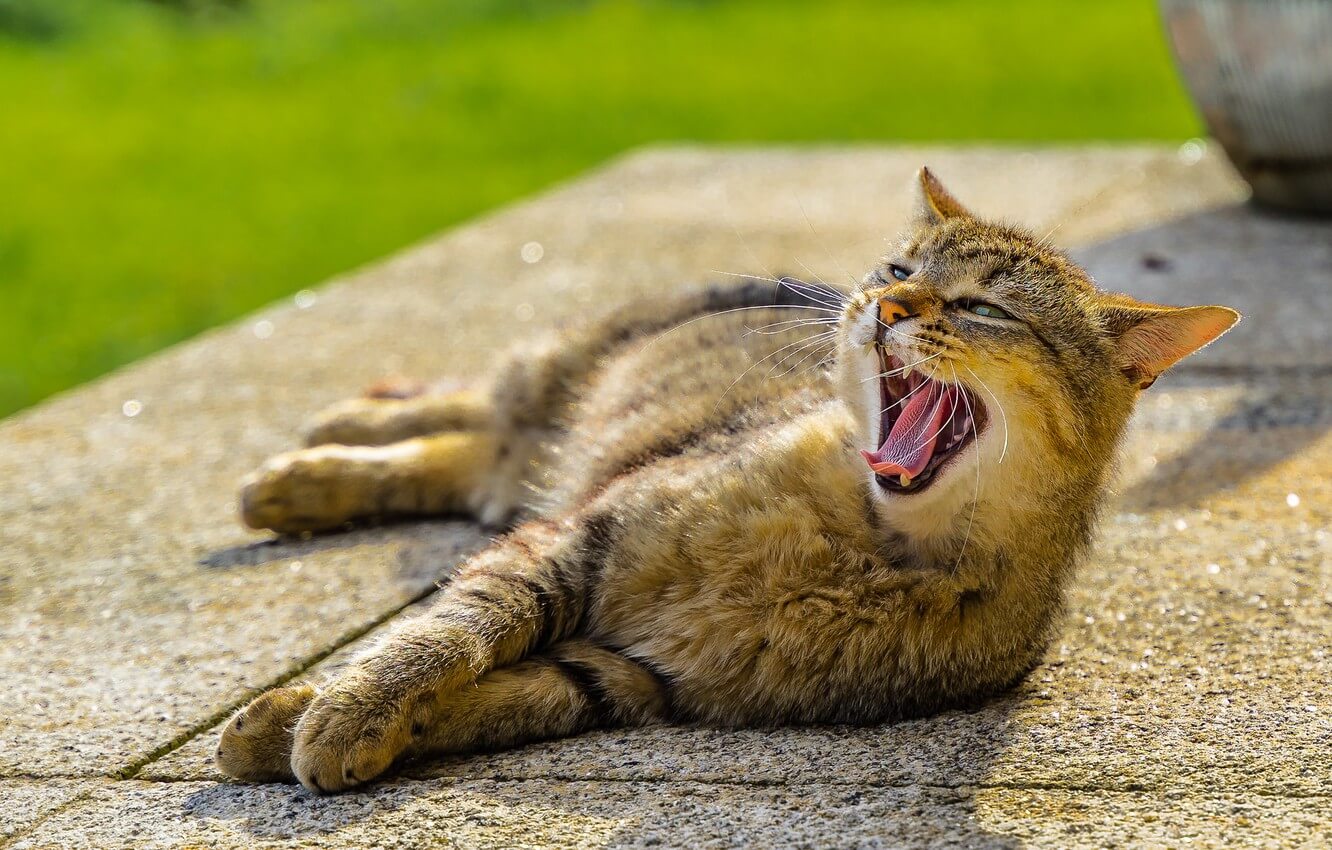 Some experts also consider yawning to be part of the body language of cats: They assume that the velvet paws signal relaxation and well-being to their fellow cats.

Another theory suggests exactly the opposite: From an evolutionary point of view, cats could yawn to keep possible enemies at bay. Because when they yawn, they show their teeth – and that it is better not to mess with them.

But yawning can also be an alarm signal: If your cat is tired for a long time and yawns very often, you should have it examined by a veterinarian – because this can mean pain.

As you can see, it is not yet fully known which reasons for yawning are actually true and which are not. After all, we still have an unsolved mystery about the life of our cats …