Dogs have a different sleep rate than humans, and this can sometimes lead to confusion in their owners. How long should a dog sleep and why do our four-legged friends need more sleep than we do?

Do you sometimes feel like your dog’s day is all about play, food, and sleep? This impression is not entirely misleading, because four-legged friends actually need a lot of sleep, as well as a little sleep during the day. Have you ever wondered how much sleep is normal for your dog? Then here’s the answer.

However, the question of a dog’s typical sleep rate depends on various factors. The most important thing is the age of your dog. Because depending on the phase of development, your dog sometimes needs more and sometimes less. Race, physical activity, and health can also make a difference.

Contents show
1 How Much Sleep Does a Puppy Need
2 Sleep Rate for an Adult Dog
3 How Dog Breed Affects Sleep
4 Bigger Dogs Need More Sleep
5 When Does My Dog Sleep Too Much?
6 Can Dogs Sleep Poorly?

How Much Sleep Does a Puppy Need 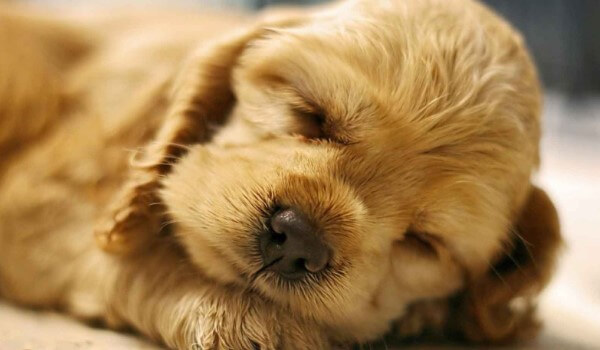 Does your puppy sleep all the time? This is no coincidence. Mainly because puppies usually stay up all night and do a lot during the day. This is because the little four-legged friends are still growing. So when they are not frolicking or scampering back and forth, they sleep from complete exhaustion, explains veterinarian Dr. Sara Ochoa of Reader’s Digest.

One study found that puppies slept at least eleven hours a day. For young dogs, it may be normal for young dogs to sleep up to 20 hours a day, according to Dr.Ochoa.

And how long can puppies sleep without doing their own thing? The American Kennel Club provides a rule of thumb for this: For each month of your dog’s age, you count one hour plus one. A five-month-old puppy could sleep six hours before going outside. In a nine- or ten-month-old dog, this lasts from ten to eleven hours.

Sleep Rate for an Adult Dog

If you have an adult dog, it will likely need eight to 13 hours of sleep per day. Also, he probably sleeps at night now and mostly only sleeps during the day. However, even an adult dog may again have phases with a lot of sleep – for example, when he is bored or when he is sick.

When four-legged friends approach old age, they again need to sleep almost as much as puppies. No wonder: due to various physical disabilities, it literally becomes more difficult for dogs to live.

Does your dog’s need for sleep depending on the breed? In fact, it can affect this. If only because some dog breeds have more or less energy due to the tasks for which they were originally bred.

For example, service dogs had to be able to stay awake for a long time, for example, to guard the yard, drag sleds, or save people. If this task is not completed, four-legged friends can adjust their sleep rhythm and sleep more than a day again.

“Working breeds that have traditionally performed very active tasks such as the Border Collie to prefer an active lifestyle, while  Pekingese may prefer rest,” says veterinarian Dr. -R. Jennifer Coates.

Large dogs require more energy to move than small ones. To replenish memory, stately four-legged friends often sleep more. “Very large breeding dogs such as Mastiffs or St. Bernards usually sleep much more than other breeds. This is due to their enormous size. Both can weigh over 100 kilograms, ”explains veterinarian Dr. Ochoa.

When Does My Dog Sleep Too Much?

Okay, now we’ve learned that dogs sleep a lot – and that’s okay too. But can a dog sleep too much? When does the dog sleep cause concern? In general, you should pay attention to the following warning signals:

Then there is some evidence that your four-legged friend may have gotten sick. Therefore, it is best to discuss your observations with your trusted veterinarian. Possible causes of excessive sleep include depression, diabetes, or an overactive thyroid gland.

If medical reasons can be ruled out, the solution may be very simple: Your dog may just need more exercise and walking. 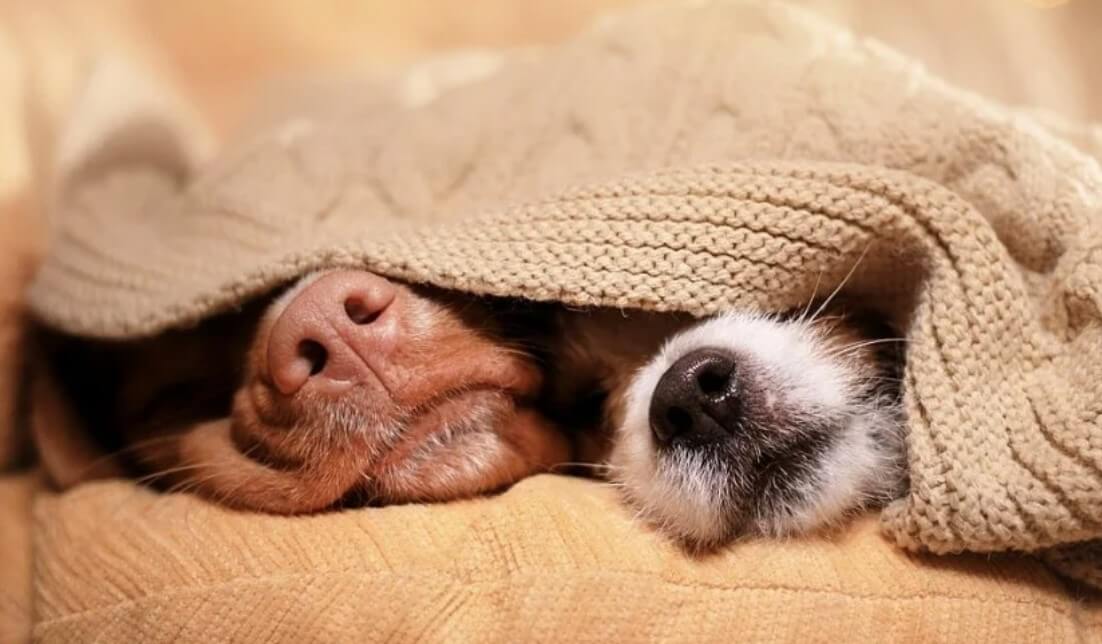 Sleep is important to your dog – you should have known this a long time ago. For example, research shows that dogs that sleep more are more relaxed and appear happier. But there are circumstances that can negatively affect your dog’s sleep.

One situation that can cause poor sleep, at least in the short term, is when dogs are introduced to a new, turbulent environment. This applies, for example, to too many four-legged friends who find themselves in an animal shelter. Usually, however, dogs can quickly adjust to their new environment and then return to their normal sleep patterns.

According to experts, dogs can also have human-like sleep disturbances. Including:

Dogs with short snouts, such as French Bulldogs, are especially prone to sleep apnea. The problem can be solved with medication or surgery, among other things, and sometimes it is enough to change your dog’s lifestyle – for example, diet.