If your bitch is pregnant, you may have started to think about how many puppies she will have. After all, it is so that you have to start preparing for the puppies’ birth, so it is important to know what to expect. At the end of the bitch’s pregnancy, the veterinarian will be able to perform an ultrasound, or alternatively feel the dog’s stomach, how many puppies are in there (however, it is easy to miss someone, so you will not know exactly until they are born). Here we try to explain the basic factors that affect the size of the litter so that you can start planning as much as possible.

A comprehensive study was published in 2011, where the researchers analyzed over 10,000 litters of puppies, distributed over 224 dog breeds. The study found that the average size of a litter is 5.4 puppies. However, this is associated with some variation. Small breeds usually produce litters of around 3.5 puppies, while larger puppies can have up to 7.1 puppies per litter, on average.

What is the Largest Litter of Puppies Ever? 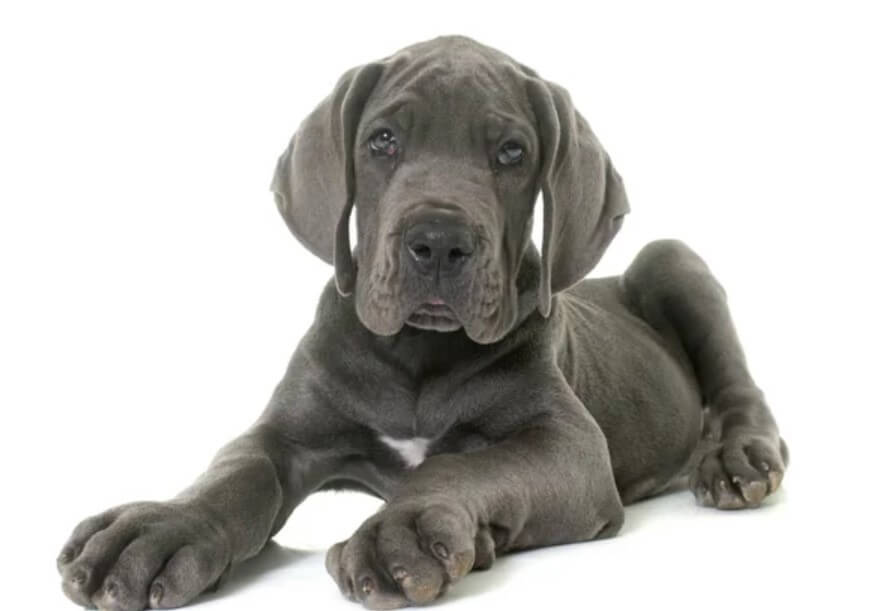 In 2004, Tia, a Mastino Napoletano, became the mother of the largest litter of puppies ever; by cesarean section, Tia gave birth to 24 puppies. This is of course an anomaly, as most dogs generate much smaller litters than that. Usually, a Mastino Napoletano gets around 6-10 puppies.

Below are other interesting facts about large litters:

Factors That Affect the Size of the Litter

There are several things that affect how big a litter of puppies becomes. The most important can be found below. Empirically, it is difficult to rate how important these factors are and it is likely that some factors influence each other.

The dog’s breed is one of the most important factors that affect how big the puppy litter will be. Simply put, it can be said that large dogs give birth to large litters. Because of this, Shi Tzu, Pomeranians, and Chihuahuas often have litters of one to four puppies, while Cane Corso, Great Dane, and other very large breeds often have more than eight puppies.

Although most dogs are often fertile throughout life, they are most fertile in early adulthood, ie. between two and five years. However, a dog’s first litter is often smaller than its successor.

Dogs that have good physical health often get bigger and healthier litters. In fact, it is necessary for bitches to be in good health to be allowed to participate in various studies on pregnancy – this to ensure that the dog and her puppies will survive the puppy.

Variation in the gene pool

The smaller a dog’s gene pool is, the smaller her litter of puppies will be. This means that dogs that come from families where inbreeding has been frequent will generate smaller and smaller litters.

All dogs are their own individual and differ in many ways. One such way may be litter size. It is very difficult to predict how big the litter will be, but dogs that get a big first litter will probably have a big second and third fun – given that all other factors are constant.

Note that most of the factors listed above are derived from the bitch rather than the male. Nevertheless, the male can also affect the size of the litter. His breed, size, health, age, and other individual factors will partly affect how big the litter will be.

How Many Litters Can a Female Get in a Year?

Some bitches can have several litters during a 12-month period – it simply depends on the dog’s natural cycle, how her body recovers and what the breeder wants. A handful of dogs have a running bike that allows up to three or four litters in a year. However, most dogs only have two cycles per year, six months apart.

How Many Litters or Puppies Can a Female Get During Her Lifetime?

As previously mentioned, the size of the litter is affected by a number of different factors, but we assume that she gets five puppies per litter. This theoretically means that a single bitch can be physically capable of producing up to 70 puppies (!) During her lifetime.

However, this would be pure madness and animal cruelty. Breeding one and the same dog so many times will almost certainly affect her health and this type of plate-in-carpet breeding is rather a trait of puppy factories and immoral breeders who in no way look after the dog and puppies best interests. It should be added that several kennel clubs around the world do not allow you to breed on the same bitch as many times as you like.

Which Breed Gets the Most Puppies? 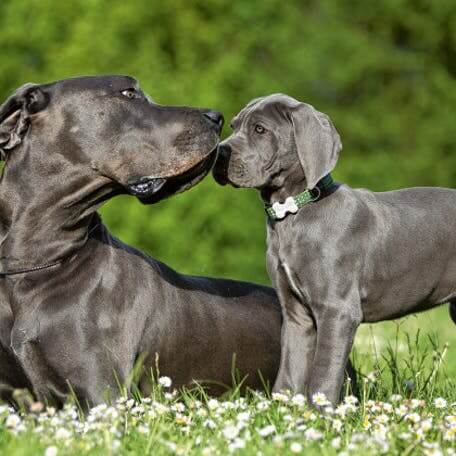 As previously mentioned, the size of the dog – and thus her breed – is the most important factor that determines the size of her litter. Large dogs produce large litters, so it goes without saying that large dogs will generate more puppies than small dogs.

Simply put, a Great Dane will have more puppies than a Chihuahua. There is no reliable study that has determined the most fertile breed, but it is probably one of the larger breeds: mastiff, Irish wolfhound, or Great Dane.

However, it is difficult to determine which breed will produce the most puppies during the bitch’s lifetime. This is partly because small dogs generally live longer than large dogs. For example, a Pomeranian can be up to 15 years old, while an Irish Wolfhound lives about half as long. So, while a Pomeranian litter of puppies is probably smaller than that of a wolfhound, a Pomeranian has the potential to produce more litters during its lifetime.

It should also be added that small dogs reach gender maturity earlier than large dogs (often a whole year earlier). Their cycle is also slightly more frequent, which means that they have a greater chance of getting more litters than larger breeds.