In this portrait, you will learn more about the western hook-nosed snake, which sometimes imitates other snakes in dangerous situations. What else is typical of these animals? Where do they come from and what living conditions do hook-nosed snakes need? And what are the most typical optical features? You will get answers to these and other questions as well as tips for a species-appropriate attitude in this article.

The Heterodon nasicus, better known as the hook-nosed snake, has no special requirements when it comes to keeping it. That is why it is a popular terrarium animal. It belongs to those snakes that are characterized by an appearance that is atypical for an adder. 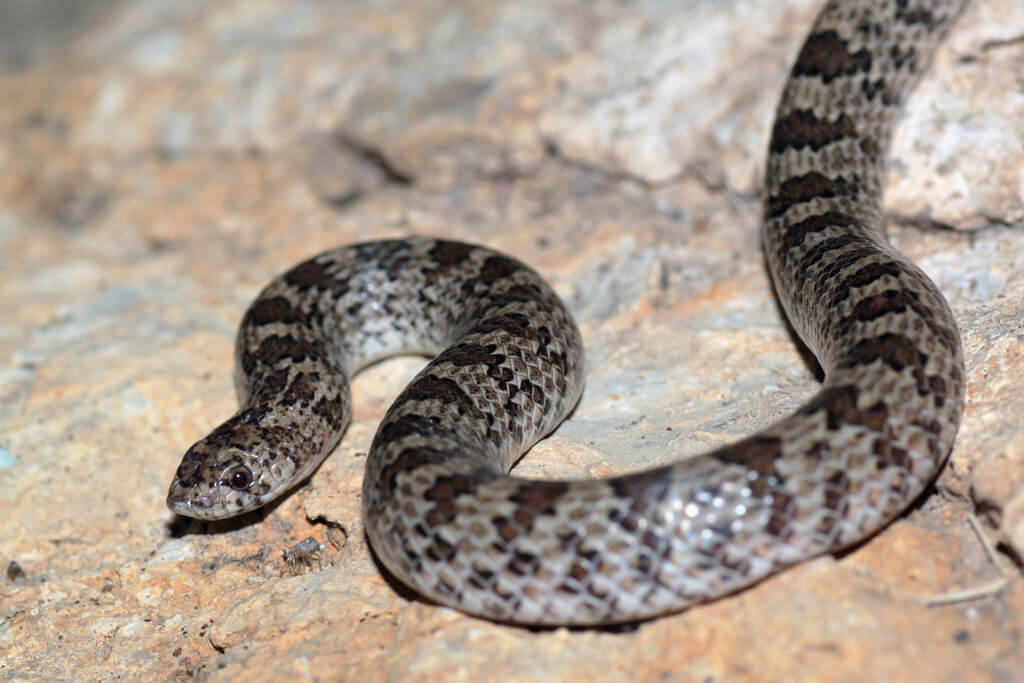 The diurnal hooked snakes (scientific name: Heterodon nasicus) are considered to be very cautious and belong to the snake family within the snake family. In false snakes, the fangs are located in the back of the upper jaw. Hook-nosed snakes, also known under the English name “Hognose Snake”, are native to the north of the USA and north of Mexico. Their natural habitat is semi-arid steppe landscapes and semi-deserts. Part of their natural diet are:

A peculiarity of the western hook-nosed snake can be seen in its defensive behavior: If the animals feel threatened, they straighten up in an S-shape and spread their necks. If the attacker is not impressed by this, the hooked-nosed snake excretes a foul-smelling, milky-sticky liquid (skin secretion).

With this clever defense strategy, hook-nosed snakes copy another species of snake: the dwarf rattlesnake. It lives in the same places as the Hognose but is far more poisonous.

Mating Season and Clutch of the Hognose

The mating season for the Hognose snakes begins in March and lasts until May. Before that, the animals hibernate for five to six months. The females reach sexual maturity from an average age of three years, the males are sexually mature from one year.

Hook-nosed snakes usually have one or two clutches with an average of five to 24 eggs a year – depending on the size of the female. The young hatch after two months.

Different Species of the Hook-nosed Snake 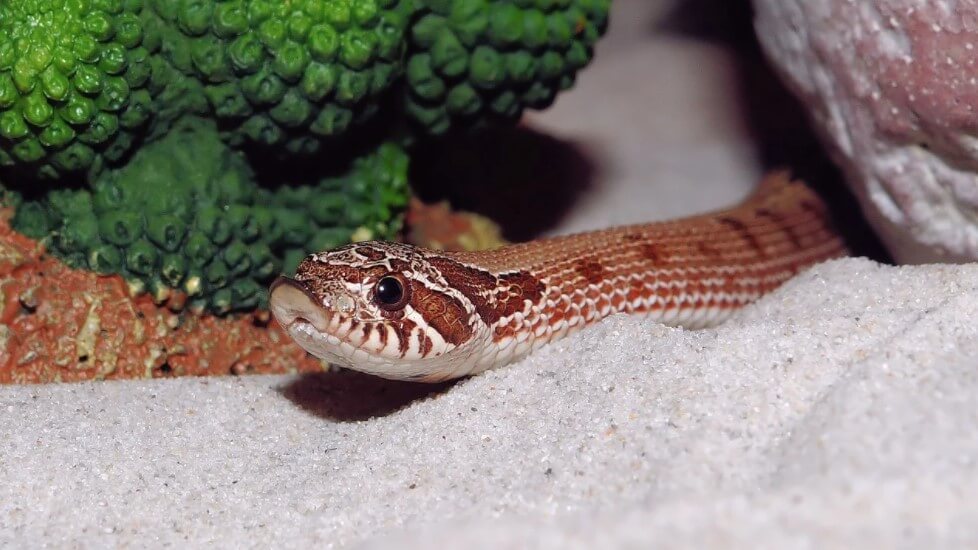 The western and eastern hook-nosed snakes are mainly found in the home terrarium. The western hognose / hog-nosed snake can reach a size of 90 cm but are on average 45 to 60 cm long. From this length, they are considered fully grown. The “Eastern Hognose Snake”, the eastern hook-nosed snake, reaches an average size of 55 to 85 cm. There is also the southern Hognose snake and the Madagascar Hognose. The latter is one of the most common snakes in Madagascar.

In terms of weight and length, they behave like almost all snakes: male and female hook-nosed snakes show different characteristics. So are the males:

The snakes are the most species-rich group of snakes and makeup about 60 percent of all snake species that exist today. The adder family includes eleven subfamilies, 290 genera, and over 2,000 species and subspecies.

Heterodon Nasicus: Appearance That is Unusual for a Snake

The appearance of the Hognose snake is generally considered atypical for adders. This affects both the physique and the skull. This is particularly evident in the rostral shield (scalp). The characteristic, upwardly curved scale gives the Heterodon Nasicus its name. Hook-nosed snakes need this concise snout shield to dig themselves into the ground.
Further optical characteristics of the western hook-nosed snake:

Hognoses are harmless to adult, healthy people, so the poisonous effect is negligible. Allergy sufferers should still be careful, as the effect of the poison is similar to a wasp or bee sting.

In the case of a bite injury there is usually no danger for another reason: Since the poison teeth are located far back in the upper jaw, the probability that a bite will “catch” your hand decreases.

The hook-nosed snake is a popular terrarium animal. So that the animals feel comfortable and can perceive and discover their surroundings without any problems, one thing is also very important for hooked-nosed snakes: The Heterodon Nasicus attitude must be species-appropriate and hygienic. You should therefore reproduce the natural living conditions and spaces of the Hognose as closely as possible. A terrarium offers a variety of options for this.

You can use the following recommendations as a guide when keeping hooked snakes:

In addition, you should equip your terrarium with the following for a species-appropriate Heterodon Nasicus:

Important! The hook-nosed snake is not under species protection, but due to the long transport routes and costs, you should think twice about whether you want to get a specimen. We do not recommend keeping them at home. If you still do not want to do without, you should definitely observe all of the points we have mentioned about posture.