The fish with the ventral fins pulled out too long are called gouramis or gouramis. They belong to the labyrinth fish that have to breathe air on the surface. Its smallest representative is the honey gourami. 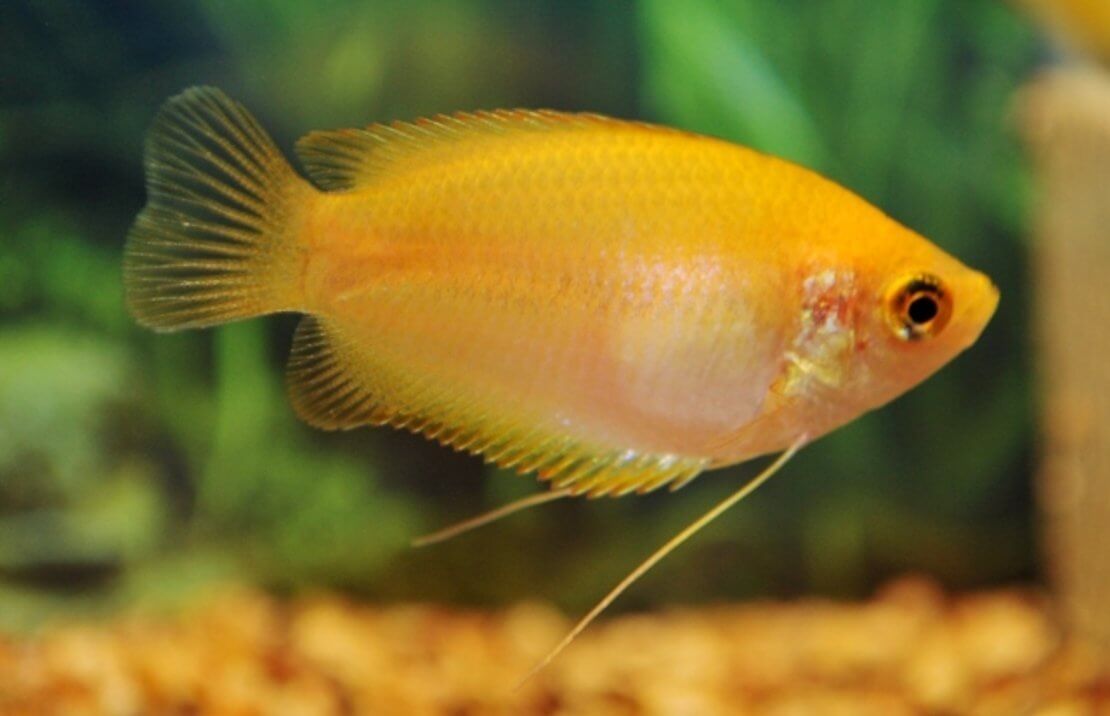 Interesting Facts About the Honey Gourami

The males reach a length of about 4 cm, rarely 4.5 cm. The females can get a little larger, up to a maximum of 5 cm.

The honey gourami originally comes from the tributaries of the Ganges and Brahmaputra in northeastern India and Pakistan. Despite its small size, it is used as food fish there.

The honey gourami builds a rather sloppy, not very dense foam nest from saliva-filled air bubbles, which consists of only one layer of bubbles. When the male thinks it is ready, the female is lured under the nest by presenting the black belly and the splendid coloring. After spawning, the male spits the eggs together into a spawning lump. After one to two days – this depends on the temperature – the larvae hatch, after another two to three days they swim freely. Then the brood-care instinct of the male ceases, which up to this point has defended the nest and its surroundings against intruders.

The honey gourami is around two to two and a half years old. A position that is not too warm (24-26 ° C) extends life expectancy somewhat.

Honey gouramis are omnivores. The basis is dry food (flakes, small granules), which should be supplemented with small live or frozen food two to three times a week. Many labyrinth fish do not tolerate red mosquito larvae and under certain circumstances, they can develop a fatal intestinal inflammation, so you should avoid them.

Although the males are territorial during the nest-building period and scare the females out of this area, the aquarium only needs to have an edge length of 60 cm (54 L volume) for a couple if there is a good structure and sufficient retreats.

Part of the aquarium should be densely planted so that females who are too pressured can retreat here. For example also during the brood care period of the male, when it is a little more aggressive than usual. Additional floating plants give the animals security. Part of the water surface should remain free and is used to build the foam nest there. Since the water values ​​do not play a major role, roots can also be used. A dark substrate allows the colors of the males to stand out better.

Since honey gouramis are not particularly aggressive, they can be socialized with much other peaceful fish of about the same size or slightly smaller. How many of them can fit depends on the size of the aquarium. Under no circumstances may barbel or other fish that have to be plucked be kept together with honey gouramis, which, like the Sumatra bar, nibble on the pelvic fin threads. 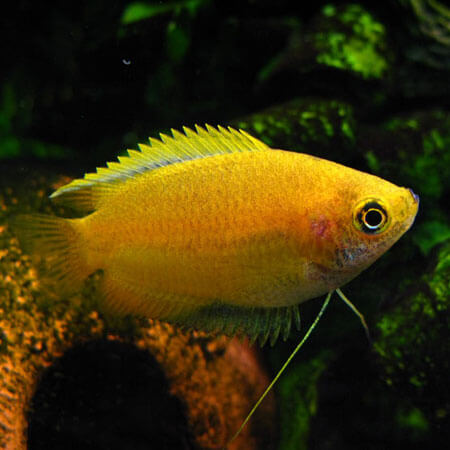 The temperature should be between 24 and 26 ° C and the pH value should be 6-7.5. Higher temperatures are well tolerated for a period that is not too long and then encourages breeding and foam nest building.