Search
Contents show
1 What You Need to Know About Guinea Pigs
2 The Story of the Guinea Pig
3 Guinea Pigs Need a Lot of Space – at Least 0.5 Square Meters Per Animal
4 The Optimal Number of Guinea Pigs for Animal Welfare
5 Important: Recognize Paralysis in Guinea Pigs
6 Under These Conditions, Guinea Pigs are Suitable for Children
7 The Right Location for a Guinea Pig Pen
8 Playing with Guinea Pigs – That’s How It Works
9 The Cornerstone of Health: the Right Diet

What You Need to Know About Guinea Pigs 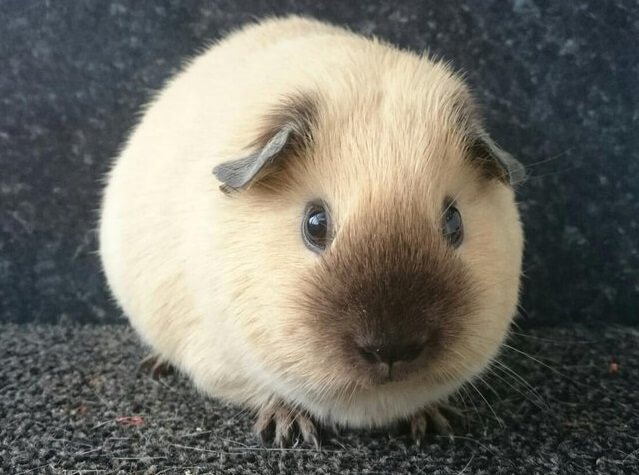 The guinea pig is originally from Peru and northern Chile. The domesticated house guinea pig as we know it has a wild ancestor and relative there. Namely the mountain guinea pig, which, unlike our domestic animals, does not live in cozy living rooms or gardens, but at an altitude of up to 5000 meters in the mountains.

When the ancestral form of our guinea pig was domesticated cannot be clearly proven – however, historical finds indicate that the domestication of the animals began over three thousand years ago. Apparently, guinea pigs played an important role in the Inca culture, if not that of the domestic animal: the pigs were popular animals for slaughter and sacrifice. Even today, guinea pigs are considered livestock by some nations.

The Story of the Guinea Pig

The guinea pig is first mentioned in Europe in records from the 16th century. At that time the animals were mainly bred in Holland. At first, the guinea pig was considered and studied as a useful laboratory animal. In the meantime, however, the cute small animal has blossomed into a popular pet. Guinea pigs are not suitable for everyone, however, as there are a few things to consider when keeping them.

Guinea Pigs Need a Lot of Space – at Least 0.5 Square Meters Per Animal

Guinea pigs are very social, active animals. Since they cannot be kept alone, the animals need a spacious and varied enclosure with many hiding spots. The lattice cages available in pet shops are usually much too small and have nothing to do with a real guinea pig enclosure. On the Internet, you can find various cage builders who offer animal housing or make them on request. Building it yourself is often cheaper – but requires manual skills. With a detailed research, you will quickly come across numerous instructions and suggestions for large and species-appropriate guinea pig enclosures that people with two left hands should also be able to build.

The Optimal Number of Guinea Pigs for Animal Welfare

If you want to keep guinea pigs as pets, you have to be prepared to take responsibility for more than one pig. At least two guinea pigs have to move in with you, as keeping them individually is not an acceptable solution for social animals. And you want to close, happy, lively pigs, right?

Keeping them in pairs often leads to boredom for the animals. The rodents feel most comfortable in a large group with several females and a neutered buck (male guinea pig) because this type of keeping corresponds most closely to their natural way of life. But other group constellations are also possible. Beginners are usually not advised to have several bucks and several females in a group of guinea pigs.

Pure groups of females, on the other hand, are widespread. Occasional squabbles are usually harmless and if the group gets too restless, a neutered buck can possibly bring about peace. A group of several bucks can also be harmonious as long as the animals do not have or have had contact with females. However, there can still be fierce fighting over the marginal order. Buck groups, therefore, have the reputation of being rather problematic and should be enjoyed with caution for beginners. However, two bucks from one litter can live together harmoniously. Of course, however, this form of posture is not.

Balanced guinea pig food, regular exercise outside the enclosure, and meaningful employment opportunities for guinea pigs should of course not be missing if you want to keep the animals in a species-appropriate manner. As a rule, guinea pigs do not particularly like cuddling, especially not with humans, because even pigs don’t cuddle much with each other.

If you want to keep guinea pigs, you should therefore definitely also deal with the body language of the animals. What many people think of as relaxation, namely when the guinea pig stays still on its lap, is in truth paralyzed by fear. Guinea pigs are very scared and therefore happier if they are only picked up for a daily health check and otherwise only observed. Guinea pigs are therefore not the best choice for anyone looking for pets to touch.

Under These Conditions, Guinea Pigs are Suitable for Children

The animals are often touted as ideal pets for children, but because of their skittishness, they are only conditionally. Together with their parents, smaller children can also look after guinea pigs – however, they should not be able to reach for the animals carelessly and be able to behave calmly. Otherwise, there is a great stress for the guinea pigs, which in the long term can damage their health.

Older children who are satisfied with observing the animals should also not be responsible for the guinea pigs alone, but they can take on many tasks and look after the animals. If the children lose interest over time, the parents have to step in and take care of the animals. However, if the needs of the animals are taken into account, guinea pigs can be perfectly suitable pets for the family.

The Right Location for a Guinea Pig Pen

Guinea pigs have a complex spoken language that can disturb us, humans while sleeping. Even if we don’t wake up, our sleep quality suffers from the noise. Children’s rooms or bedrooms are therefore not the ideal places for the guinea pig enclosure. A location in the living room is better, but not in front of the heater or in the blazing sun.

Drafts should also be avoided. Ideally, the enclosure is not located directly on the ground. This not only makes it easier to observe the animals but also protects the guinea pigs when visitors with small children or a dog come to visit. If you don’t have space in your house or apartment, you don’t necessarily have to refrain from keeping guinea pigs. It is possible to keep guinea pigs outside and is practiced by many keepers.

Playing with Guinea Pigs – That’s How It Works

Guinea pigs can and should be kept busy. The animals spend a lot of time eating in the cage. To make this varied and to challenge the pigs, you can hide special treats in a cardboard tube or under a box, for example. While the animals are busy in the enclosure, you are in demand in the exercise area.

The most important rule when dealing with animals is to consider their needs. That means: Everything happens to the rhythm of the guinea pig and it is never forced to a game or training. Accessories that violate animal welfare, such as jogging balls or leashes for guinea pigs, are of course also not authorized in the guinea pig enclosure or exercise area.

Some guinea pigs can make friends with the clicker – in doing so, they are conditioned by rewards to react to a certain sound with the desired behavior. Animals have to be very attentive and are mentally challenged. The rounded shape of the pigs already suggests that high-performance athletes are not guinea pigs. With the right treatment, however, they can be motivated to overcome small hurdles. Important: Do not overdo it to protect the animals’ joints.

The Cornerstone of Health: the Right Diet 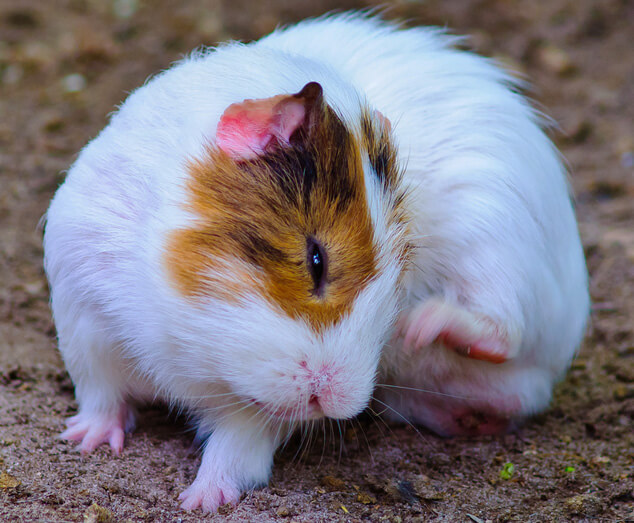 Improper feeding of guinea pigs can have serious health consequences. Like rabbits, guinea pigs can also develop what is known as drum addiction, a stomach gas – a life-threatening condition. Commercially available dry food is only suitable for guinea pigs as concentrated feed. Much more important is the so-called roughage (hay, herbs, meadows), which is essential for the digestion of the animals.

High-quality, dust-free hay, meadow, and herbs are particularly important for nutrition. Fresh food such as vegetables and, to a lesser extent, fruit should also not be missing. Peeled sunflower seeds are also on some menus, but they make you fat and should therefore not be fed too often. Before purchasing, it is essential to study the correct diet for guinea pigs in every case in order to avoid dangerous feeding errors.