The guinea pig bears its name because it makes noises like a young pig and because it was brought from South America across the sea to Europe.

The fur of the wild forms is smooth, close-lying, and grey-brown in color. There are smooth, swirly, and long-haired guinea pigs. They are also known as rosette and angora guinea pigs. In addition to these three coat types, there are many other variations.

Where do guinea pigs live? 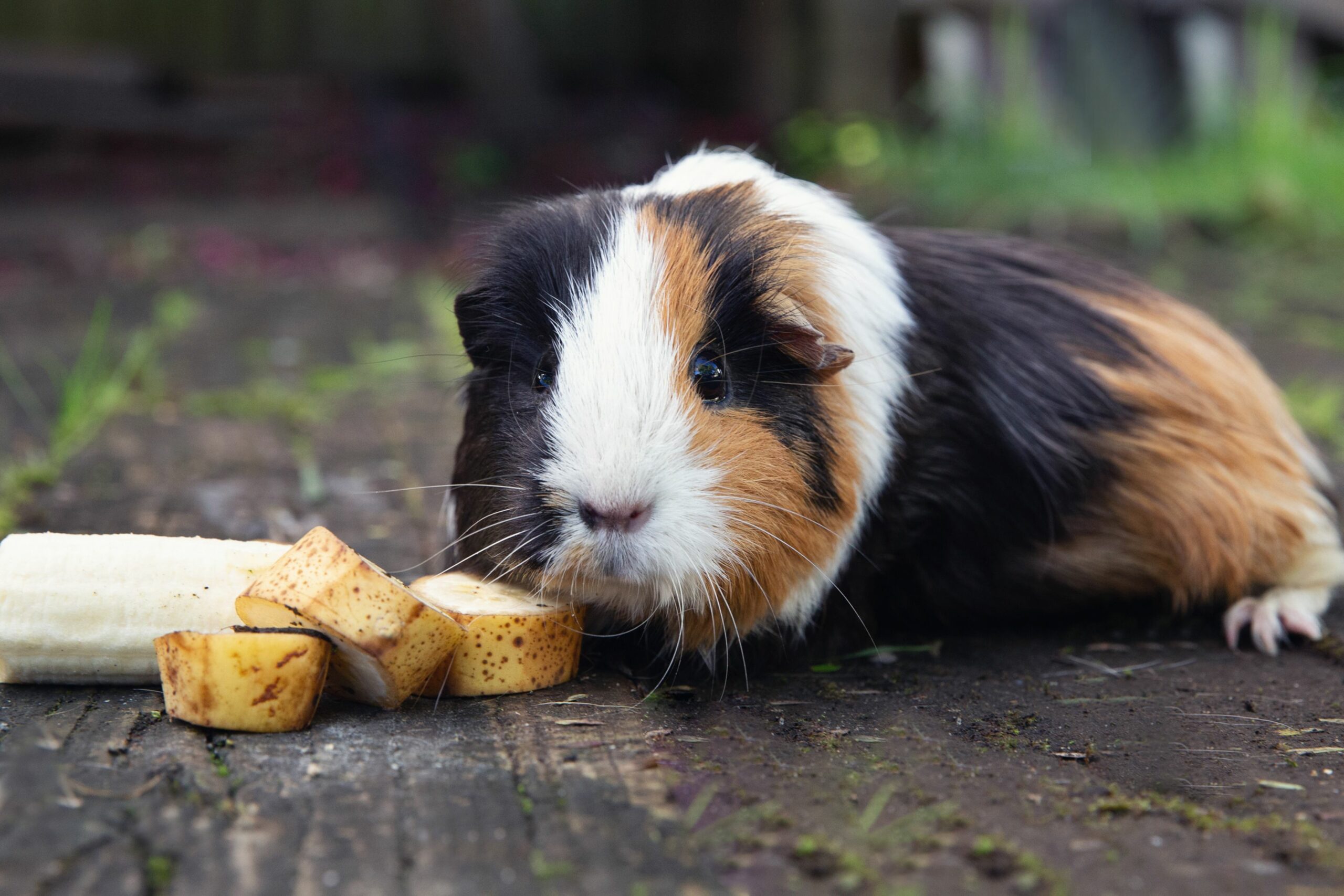 The guinea pig comes from South America. It was kept there by the Indians as a pet. There are still wild guinea pigs there today. They were given the name guinea pigs because they were brought to Europe by ship across the sea and because they look and squeak a bit like little pigs.

The habitat of the free-living species are areas with year-round grass growth. They inhabit the lower plains of the Pampas in South America up to the steep slopes of the Andes, where they can be found up to 4200 meters. They live there in groups of five to ten animals in burrows. They dig them themselves or take them over from other animals.

What types of guinea pigs are there?

The guinea pig family includes two subfamilies with six genera and 14 different species. They all live in South America and are adapted to different habitats.

The direct ancestors of our pet guinea pigs are the Tschudi guinea pigs (Cavia aperea tschudii). They were domesticated by the Indians and brought all over the world by the European conquerors. Today there are many different breeds: Rosette guinea pigs, Sheltie guinea pigs, long-haired guinea pigs also called Angora, American and English Crested, Rex guinea pigs.

Another guinea pig still living in the wild today is the rock guinea pig (Kerodon rupestris), also known as the moko. It measures 20 to 40 centimeters from head to bottom, weighs about one kilogram, and has no tail but rather long legs.

It is the largest of all guinea pigs. The fur is gray on the back with black and white speckles. It is yellowish-brown on the belly and almost white on the neck. Rock guinea pigs live in eastern Brazil in dry, rocky mountainous areas. They have broad, arched nails on their paws. They can use it to climb rocks and trees, and also jump very high to look for food.

Rock guinea pigs are still hunted for their meat today. Another species is the swamp or Magna guinea pig. Because they inhabit swampy habitats and need to be good swimmers, they wear webbed toes. Other species include the weasel guinea pig (Galea mustelids), the southern pygmy guinea pig (Microcavia australis), and the aperea (Cavia aperea), which is the most common.

How old do guinea pigs get?

Guinea pigs live between 4 and 8 years on average. With very good care and good health, they can live to be 10 years or older.

How do guinea pigs live?

Guinea pigs are sociable and social animals that seek and enjoy contact with pack members. When sleeping or eating, they like physical close touches.

Since they are cave dwellers, they need a sleeping hut in their cage. It is normal for them to spend most of the day in their den, only peeping out every now and then.

How do guinea pigs reproduce?

The female gives birth to the young while sitting, tears open the membrane with her teeth, and then eats it. This is important, otherwise the young would suffocate. Then his mother licks his mouth, nose, and eyes clean.

The young can walk a few hours after birth. They are nursed by their mother for three weeks. The young guinea pigs are sexually mature after just one to two months. So they can then mate and have offspring themselves.

How do guinea pigs communicate?

Guinea pigs recognize each other by smell. They communicate with each other by whistling and squeaking. When frightened or in pain, they may emit a harsh squeak that can sound like a scream. Also, they lie flat on the ground when they are scared.

When in danger, they play dead and lie motionless. When they want to threaten others, they open their mouths wide, baring their teeth and chattering them. 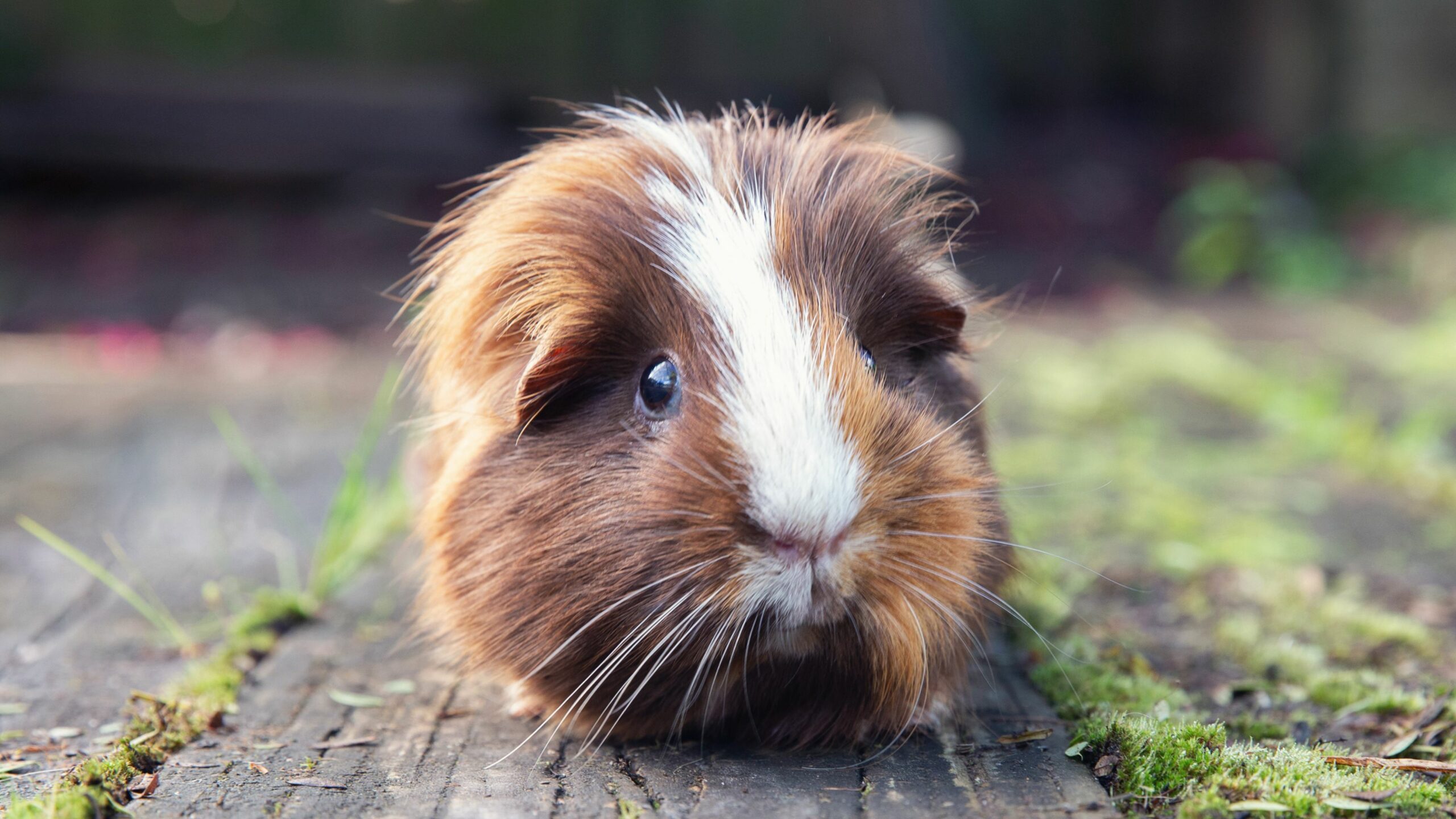 What do guinea pigs eat?

Wild guinea pigs, such as the swamp guinea pig, only eat leaves. Our house guinea pigs are only used to low-energy vegetable food. So they have to eat most of the day to get full.

Under no circumstances should you give them bread or food that is too high in calories, otherwise they will become overweight and sick. The most important staple food is good hay – guinea pigs can never get enough of that. Plastic bag hay that smells musty or moldy can make the animals sick.

Be careful with ready-made food: the so-called pellets contain a lot of calories. You can give the animals a maximum of two tablespoons a day, better even just one tablespoon every two days. Guinea pigs also love fresh salad, fruit, and vegetables. In summer you can also feed fresh grass. In order to wear down their incisors, which grow back throughout their lives, guinea pigs need a lot to nibble on: branches from unsprayed trees and shrubs are suitable for this.

Guinea pigs can be kept both indoors and outdoors. If it lives outside, the stable must be in a draught-free and dry place. In winter, a lot of straw is thrown in, and on cold days the stall must also be covered with a thick blanket. If it is too cold outside, the guinea pigs should be brought inside.

In summer the guinea pigs can also run around outside in the garden. This requires a wire enclosure that is also closed at the top. Because cats, dogs, martens, and birds of prey regard the guinea pigs as prey.

Guinea pigs don’t tolerate the heat well. Therefore, sufficient shade must be provided. Her preferred temperature is between 18 and 23 degrees. Guinea pigs can also be housed in a cage on the balcony. Since guinea pigs are sociable animals and social contact with each other is important to them, they should not be kept alone.