Of all the animals, monkeys are the most similar to us humans, especially the great ape family. This also includes the gorillas from tropical Africa.

Gorillas are the largest and heaviest apes in the great ape family. When standing upright, a full-grown male measures up to two meters and weighs 220 kilograms. Male mountain gorillas can get even heavier. The females are significantly smaller and lighter: They are only about 140 centimeters tall. Gorillas usually have black fur, long arms, short, powerful legs, and very large hands and feet. The thick eyebrow ridges are typical of gorillas – that’s why they always look a little serious or sad.

Where do gorillas live?

Gorillas only live in the tropical regions of Central Africa. Gorillas love open rainforests with clearings. They are therefore mainly found on mountain slopes and along rivers. Densely overgrown soil with many plants and bushes is important so that the animals can find enough food.

What species of a gorilla is there? 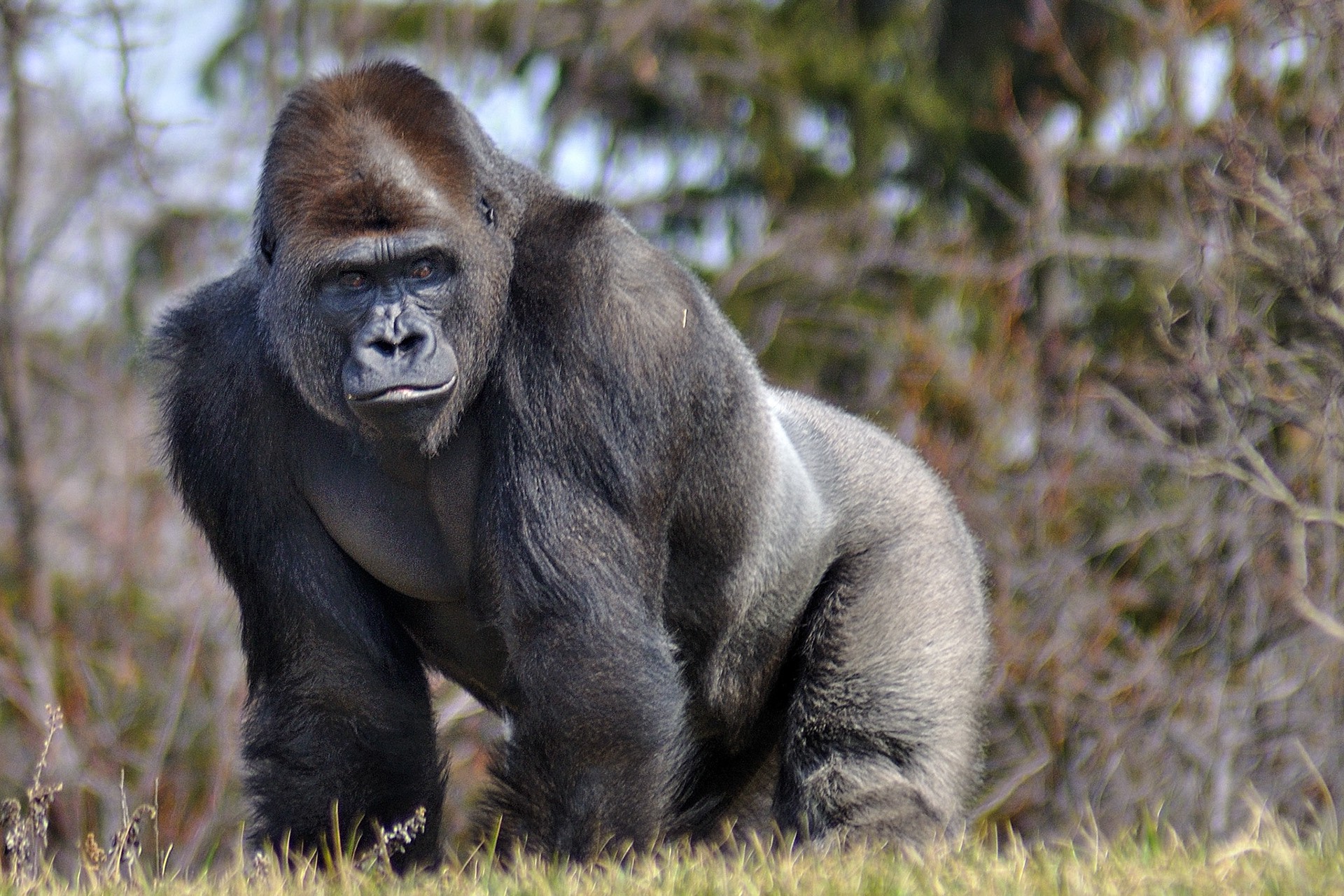 Gorillas belong to the family of great apes. These are the monkeys that are most evolved. The great apes are easy to recognize because, unlike all other apes, they do not have a tail. There are three different gorilla breeds: The western lowland gorilla (Gorilla gorilla gorilla) lives on the coast of the Gulf of Guinea and is brown in color. The eastern lowland gorilla (Gorilla gorilla grauri) lives on the eastern edge of the Congo Basin and has black fur.

How old do gorillas get?

How do gorillas live?

Gorillas are family animals, they live in groups of 5 to 20, sometimes 30 animals. A group is always led by an old male – the so-called silverback. Since he is older, the fur on his back has turned silver-grey. He protects and defends his family.

The group also includes a few adult females and their young. The everyday life of the gorillas is leisurely. They usually move slowly through the jungle in search of food. They take a lot of breaks and usually only manage one kilometer a day.

When it gets dark in the evening, they just stay where they are. To do this, they climb trees, and the females and young weave a comfortable, cozy sleeping nest out of twigs and leaves. The males, on the other hand, usually spend the night on the ground. Gorillas are peaceful animals that will only attack if seriously threatened. When faced with danger, they would much rather evade than engage in combat.

Friends and foes of gorillas

Gorillas are so big and strong that they have no natural enemies. Their only enemy is the man. Gorillas have been hunted for a long time. People wanted their meat, and they sold their skulls as trophies. They were also often killed because they were said to be destroying fields. Today the trade-in gorillas are strictly controlled and they are protected. However, it is becoming increasingly difficult for gorillas to find suitable habitats as the rainforests in Central Africa are being destroyed and used for agriculture.

How do gorillas reproduce?

Gorillas don’t really grow up until late: a gorilla female does not give birth to her first cub until she is ten years old, after a gestation period of around nine months. Like a human baby, a baby gorilla is completely helpless for the first few months and is completely dependent on its mother. It is grey-pink at birth and has dark hair only on the back and head. Only after a few days does the skin turn black. 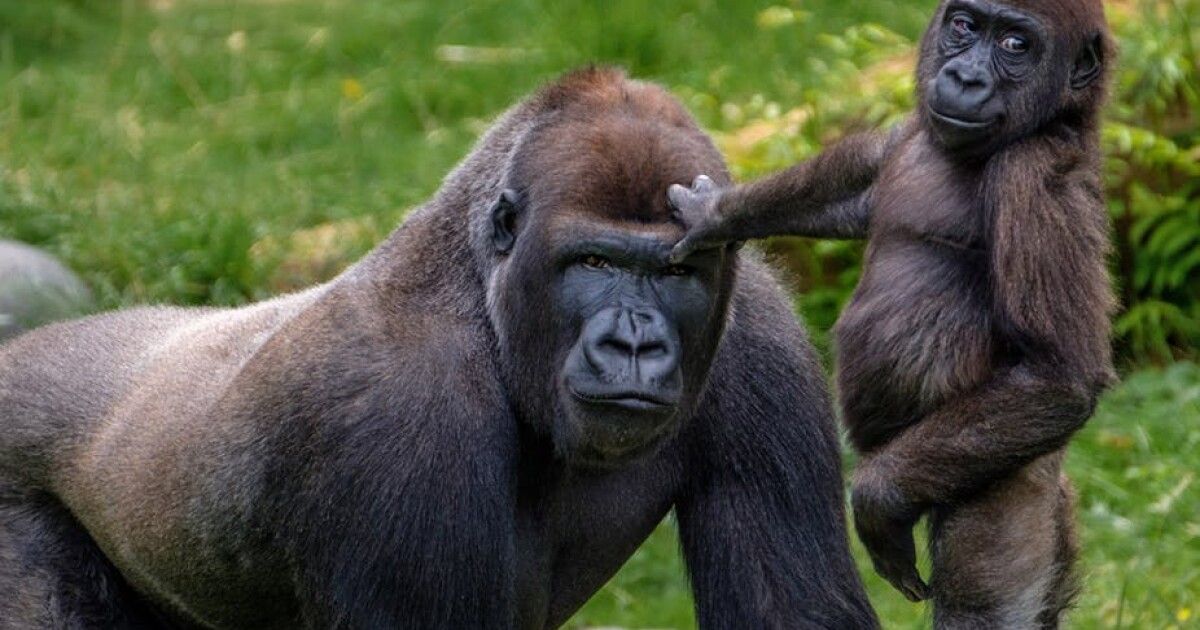 A Dutch zoo welcomed twin gorillas in June 2013. Twins are very rare in gorillas. Baby gorillas cling to their mother’s fur, are suckled by her, and carried everywhere. After about a week the young can see properly, at about nine weeks the little ones crawl around and at nine months they walk upright. From the sixth month, they mainly eat plants but never venture far from their mother.

The young only become independent at the age of four when the mother gives birth to the next young. The young males leave their group when they are adults. After that, they roam alone for a while until they capture a female from a strange group and start their own group. Females also separate from their group when they are adults and join a single male or a neighboring group.

How do gorillas communicate?

Gorillas communicate with each other using more than 15 different sounds. These include howling, roaring, coughing, and growling.