Two hearts were beating in the chest of the German Longhaired Pointer. When hunting, he is very focused, fast, and takes pleasure in his task. But once the day’s work is done, he longs for peace and quiet – until the next job. If you want to share your life with an animal that has a purebred hunting dog and always has something to do, the German Longhaired Pointer is your partner for life. 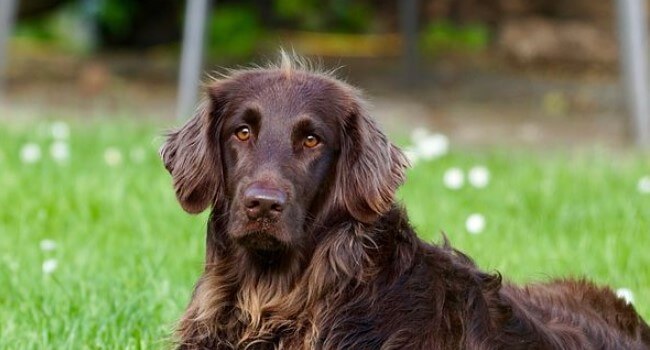 Personality of the German Longhaired Pointer

This dog is not made for the couch at all. He loves to move, hunt, swim, and fetch too much for that. If used for hunting, he will be an attentive, courageous, and persistent companion. Be sure to train your German Longhaired Pointer with a lot of discipline from an early age. He is friendly and even-tempered – as long as he is busy. Make him happy by spending time outdoors with him, offering him various sports, and enjoying his intellect.

Consistent and skilled training takes time, but for the German Longhaired Pointer, it is well worth it. Disobedience or aggressive behavior is not part of his character, but he does not become an affectionate dog either. However, if you properly manage his temperament and drive to work, you will find that he will be a peaceful, calm, child-loving dog that will fit in perfectly with your family.

When you look into the deep brown eyes of a German Longhaired Pointer, your heart melts. If you then look at the fringed, slightly forward-turning ears, you may have completely lost your heart.

The elongated head of the German Longhaired Pointer looks noble and slightly arched. It transitions into a muscular, straight back. He stands in front of you with a broad chest, holding his tail outstretched, the last third standing slightly up.

You should check your dog’s body and coat for parasites or injuries, especially after traveling or working in the forest. Also, if it has been in water or you need to wash it after a long day, you should dry it well. To prevent dirt, tangles, or loose hair, brush your German Hound once a week. For this, a special metal comb is ideal.

Attitude of the German Longhaired Pointer

The German Longhaired Pointer is happy to have owners who already have experience with dogs. Intensive training at a good dog school has been a part of his life since the very beginning. He is an ideal companion for people who can provide him with plenty of exercise and activity, so keep him out of town.

Professional hunters or amateur hunters value dogs of this breed very much because they are good at tracking down prey and getting it. They are also great for use as trackers or when working in the woods and on the water. 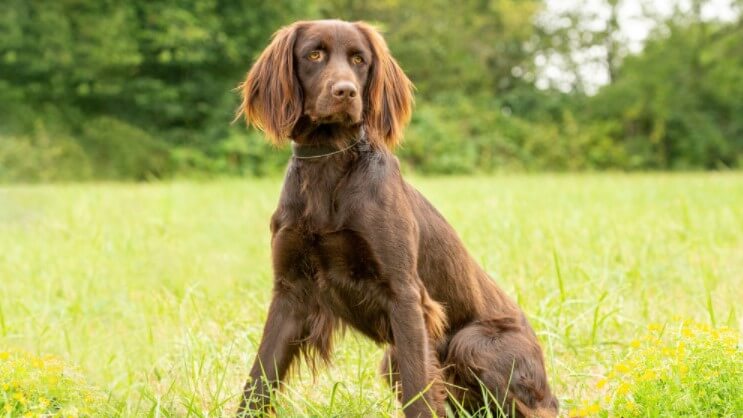 The German Longhaired Pointer wants you to challenge him. It can be done like a hunting dog, but at least in a dog sport. If you keep a German Longhaired Pointer, you will have to deal with it. Daily bait hunting, long walks, hidden object games, or exercise is time-consuming but essential to keep this dog in balance and in control of hunting instincts. If you give him much attention, he will show himself as a family dog ​​with strong nerves, even for a family with children.

The German Longhaired Pointer is believed to be a descendant of the Ferns, the oldest known hunting dogs that still existed among the Celts. Its ancestors also included Quail and Hawk Dogs, which were already crossed with Breton Spaniels in the Middle Ages. Spaniel has been widespread in northern Germany since the 16th century.

The German Longhaired Pointer has no known hereditary diseases. However, like many other dog breeds, hip dysplasia (DT) can sometimes occur.