Not Macho: The German Boxer has long shed his image as a short-tempered, drooling biter and is increasingly valued for his true qualities: as a friendly, easy-to-care-for family dog with a particular fondness for children. Are you looking for a purebred dog as a full member of the family? The German boxer is a good contender for this post! 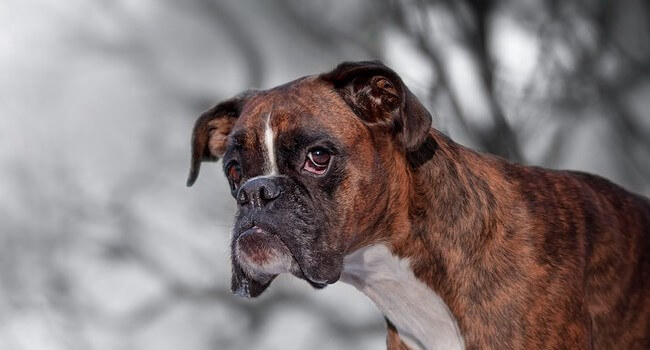 From Hunting Dog to Family Pet

The ancestors of the German boxer were the Brabant Bullenbeisers, which were very popular at the courts of the nobility and were used mainly for hunting wild boar. The advantage of these dogs was that they could hold games with their strong teeth until a hunter was near. Bulldogs were later crossbred. This new breeding line was officially named Boxer, based on the term “beerboxer” used in Munich. The first public presentation of the German Boxer breed took place in 1885, and in 1924 it was approved as a working dog in the rescue and police services and as a guide dog for the blind. For a long time, tail and ear docking were common in the breeding of German Boxers; Today, fortunately, this procedure is prohibited.

Temperament of the German Boxer

The German Boxer is a confident dog with healthy self-confidence. His character is cheerful, alert, and active. This is a dog that absolutely needs exercise and outdoor activity. Dogs genuinely love the people they treat but are quite skeptical of strangers at first. Sometimes German boxers are stubborn. But don’t panic: you can counteract this with loving severity. In dangerous situations, German boxers show their protective qualities and protect their loved ones and territory with fervor. German Boxers tend to dominate other dogs. With too little stimulation, boxers become jittery and hyperactive.

Upbringing & Attitude of the German Boxer 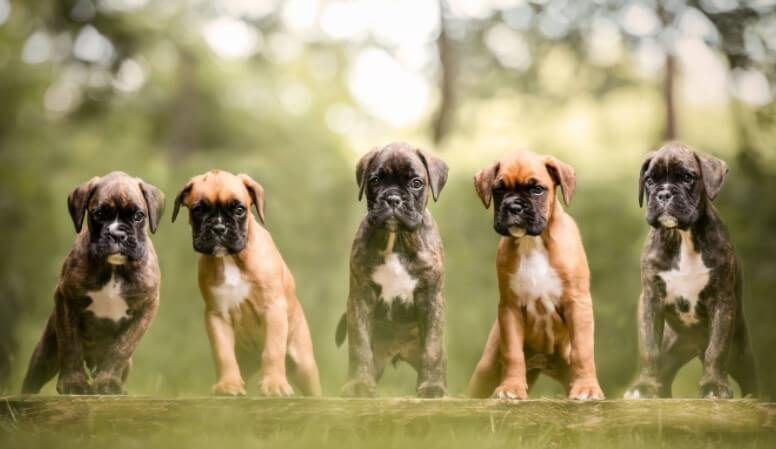 Like any dog, the Boxer must learn safe basic obedience and basic commands. Since the intelligent German Boxer loves the attention of his human, you can train him relatively easily. The prerequisite for this is that he accepts you as the leader of the pack. The German Boxer benefits from his strong nerves in families with children: nothing can shake him. Good posture and plenty of exercise and activity are essential when training a German Boxer for these positive aspects to manifest in your animal. It is an ideal family dog, but it is also fully committed to its tasks as a working dog, for example as a rescue and companion dog or guard and guard dog. Give your Boxer at least an hour and a half a day of exercise in the form of walking or as a cycling or horse riding companion. Fit and agile, he loves sports and games where he can let off steam. A live Boxer is only marginally suitable for keeping in a big city. Then he should at least have a permanently available garden that he can guard.

Grooming the coat of the German Boxer is simple: occasional combing with a soft comb is sufficient. However, due to the rather thin fur, the animals are somewhat sensitive to cold. Make sure your dog doesn’t catch a cold. A characteristic predisposition for the breed to the disease is eyelid deformity (entropion). It is predisposed to dysplasia and osteoarthritis like other larger dogs.