Most aquarists do not keep their ornamental fish in a pure species aquarium, but rather socialize several species with one another. However, it is not that easy to put together a functioning and compatible fishing community here. Simply picking out different animals that you like is by no means a good idea, and in most cases, it will go wrong. Without professional advice or a study of specialist literature, beginners are usually in a fix. Therefore, as an aquarist who is not very experienced, you should always tell the pet dealer you trust before purchasing new animals which species you are already maintaining in your aquarium.

Contents show
1 The same-origin does not mean that fish go together
2 Unfortunately, the water parameters already exclude much fish
3 But you should also pay attention to the social behavior of the animals!
4 Please also take into account the nutritional requirements of the various species!
5 Avoid too greedy eaters in the community aquarium
6 Conclusion

The same-origin does not mean that fish go together

Many aquarists pay far too much attention to the origin of the animals when they are socialized. It is often frowned upon to keep South American fish together with Asian fish, for example. The origin does not say anything about the demands and characteristics of our pets. Much more important than the area of ​​origin are the demands on the water quality (temperature, hardness, and pH value), their social behavior, and their food needs. And even fish from distant continents may be a much better match for maintenance in the aquarium than those that live together in the same river system.

If we do not want to pursue our hobby with a lot of effort and want to produce suitable water for the care of demanding ornamental fish, we aquarists usually have to get along with tap water. This is quite hard and slightly alkaline in many regions. But it can differ considerably from place to place and even be quite soft in places. Experienced aquarists often use desalinated water as well as rain or osmosis water to create a suitable environment for demanding soft water fish. One can imagine that species that originate from hard and alkaline water are just as uncomfortable in soft and acidic water as they are vice versa. In this respect, the water chemistry in your aquarium already determines which animals you can successfully care for in it. Other species are excluded for care if you decide on a certain water temperature. Before purchasing, please inform yourself about the temperature and water requirements of the fish you want. Fortunately, most aquarium fish are very adaptable and have a huge range of tolerance. But there are also numerous exceptions.

But you should also pay attention to the social behavior of the animals!

Aquarium fish also often show conspicuous social behavior. Many popular fish species, such as tetras, barblings, and armored catfish, are extremely peaceful schooling fish that roam around in groups in nature and in the aquarium and, for this reason, should not be cared for individually. You should acquire at least 6-10 fish from such animals and they can easily be combined with other species. Many loaches, such as the clown loach family (Botiidae), are also sociable animals. However, they usually form hierarchies and so there are always scuffles and arguments in the troop, and sometimes attacks on other aquarium inhabitants. Most cichlids form territory and sometimes claim large areas of the aquarium as their territory, especially during brood care, which they then often vehemently defend against other fish and often injure them in the process. The fish must therefore primarily be compatible with one another in terms of behavior. Territorial fish should only be cared for together with robust or very fast swimming fish. Species that are known to cause stress in other fish should not be combined with animals that are not very happy to swim or even have large-finned animals. A good example is the popular but sometimes annoying tiger barb, which can cause deadly stress for fighting fish or angelfish.

Please also take into account the nutritional requirements of the various species!

Even if the fish match their demands on water quality and behavior, food demands that do not match each other can still be an exclusion criterion. In nature, much ornamental fish eat a wide variety of foods as an adaptation to their habitats and their special food supply. On closer inspection, there are amazing specializations, such as growth-eating species that graze the growth of algae and microorganisms on the stones or wood. In the aquarium, however, many fish prove to be extremely adaptable even when they eat. In nature, animals that feed almost exclusively on plants often eat meat-based foods without any problems. However, their digestive tract is not designed for the development of animal protein. Problems with such an improper diet are inevitable. In the worst case, the animals can become fat, become ill and then die. On the whole, the aquarium fish can be divided into herbivores, carnivores, and omnivores. While carnivores and omnivores are usually easy to socialize with one, specialized herbivores should only be combined with one another in order to rule out permanent malnutrition.

Avoid too greedy eaters in the community aquarium

However, the feeding behavior of some species can also cause problems. Very greedy eaters can eat everything away from the other roommates and ensure that they hardly get any food and lose weight. A classic example of this is the line catfish, which is not a good community fish. He spends the whole day hiding in the dark but comes out as one of the first when feeding, eats until he almost bursts, and then disappears again. Such catfish are usually very greasy in a community aquarium, while other fish hardly get anything. 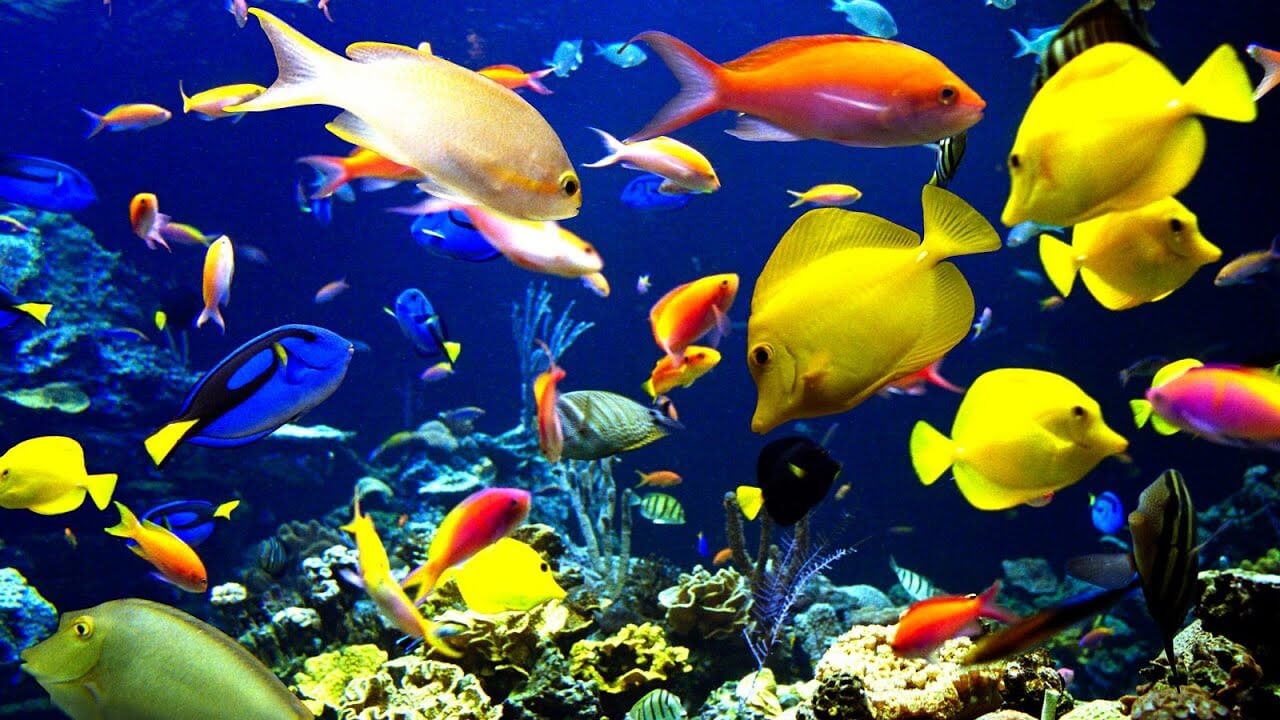 As you can see, putting together a meaningful fish community in a community aquarium is not that easy, especially for those who have not been involved in the lovely hobby of aquaristics for that long. Therefore, do not be afraid to ask the pet dealer or experienced aquarist more than once, rather than having to answer for the death of animals due to incorrect keeping conditions or a wrong society. There are no dumb questions. It is much more stupid to acquire fish without a clue!