Certain breeds are more likely to develop certain conditions than others. Accordingly, some dog breeds are preprogrammed with high veterinary costs throughout their lives.

Have you ever heard of racial predisposition? Breeds of dogs with a predisposition to the breed are more likely to develop a particular disease because they are genetically predisposed to develop diseases. This is due to the fact that centuries of breeding for external signs often neglected health.

For many dog breeds, certain characteristics are chosen for breeding, such as a short nose. Only a few animals are crossed, which means a small gene pool. Genetically inherited diseases are quickly transmitted and “persist” within the breed.

Contents show
1 Gene Mutations or Physical Characteristics of Dog Breeds Contribute to the Development of the Disease
2 Dog Breeds Prone to Hip and Elbow Dysplasia
3 Short-Nosed Breeds Often Have a Variety of Health Problems
4 Why Small Dog Breeds Often Don’t Live to Old Age
5 Boxers Often Get Spondylosis
6 Tip: Get Your Dog Health Insurance as Early as Possible 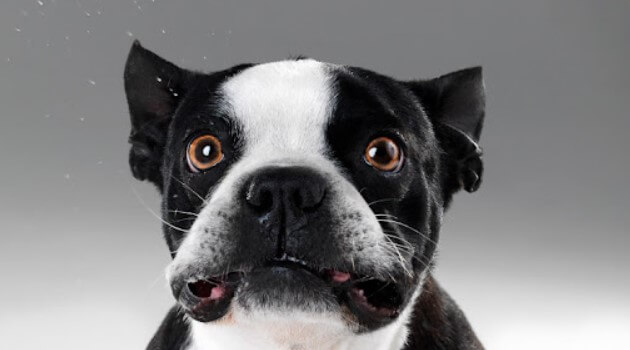 Mutations have now been found in the DNA of many races. Genetic tests show, for example, progressive retinal atrophy, that is, slow retinal death in Springer Spaniels and Mastiffs, or a defect in the MDR1 gene that leads to drug hypersensitivity in the Border Collie, Australian Shepherd, Collie, and White Shepherd dog. Responsible breeders should be aware of the underlying diseases and screen their breeding animals for them. Because many parent animals are healthy, but they transmit the disease to future generations. They talk about recessive inheritance.

Other diseases arise from the physical characteristics of the breed, which a particular gene is not responsible for. For example, inflammation of the skin in the nasal fold (pyoderma of the skin fold) in short noses such as the Pug and French Bulldog.

We present the most popular breeds and their most common diseases:

Labradors are in fashion. As a result, a lot is produced, so that breeders could not even come close to meeting the demand if they sorted out all the parent animals whose offspring have hereditary diseases.

The two most important are musculoskeletal disorders: elbow dysplasia (ED) and hip dysplasia (HD). Elbow dysplasia is actually a collective term for several conditions that cause similar changes in the elbow joint on x-rays.

These various diseases of the elbow joint have one thing in common: a joint consisting of three bones is incompatible – the surfaces of the joints are incompatible with each other. This leads to friction and, in the worst case, to splinters of bone, which behave like a stone in a shoe: they crush and destroy cartilage.

There is no other treatment option than to remove this “stone in the shoe” with surgery. In most cases, both elbows have to be operated on. The affected joints will no longer be healthy. Result: osteoarthritis.

In hip dysplasia, the acetabulum is too small for a round femoral head. Here, too, uncomfortable friction occurs, which leads to osteoarthritis. Hip surgery is often more difficult than elbow surgery. Ideally, the puppy should already have had an HD x-ray. Obliteration of the pelvic symphysis, possible before the 5th month of life, is a relatively minor procedure and ideally ensures that the acetabulum better “overlaps” the femoral head.

Replacing an artificial hip is a very difficult, expensive, and risky operation, but apart from physical therapy, it is the only way to help these adult dogs. In general, the breed’s predisposition to ED and HD has been proven for many large, fast-growing breeds: for example, Bernese Mountain Dog, Boxer, German Shepherd, Golden Retriever, Poodle, Irish Setter, Newfoundland.

Short-Nosed Breeds Often Have a Variety of Health Problems

Although the internet is full of warnings, many owners still find this surprising: French Bulldogs, Pugs, Pekingese, Shih Tzu, and other short noses are frequent visitors to the veterinarian, especially the surgeon. A whole bunch of diseases awaits the owner:

On the one hand, brachycephalic syndrome (translated as “short head syndrome”), in which a narrow short nose, too long soft palate, and a narrow trachea cause great difficulty in breathing. A correctly performed restoration usually involves several operations in which the nostrils are dilated, the turbinates are removed, and the soft palate and vocal sacs are shortened.

Throat and nose surgeries are very painful and risky. Therefore, after surgery, animals usually have to stay at the clinic for some time.

In addition, the vertebrae of French Bulldogs are often irregular in shape, which increases the risk of herniated discs. Sometimes it is enough to treat the slipping of the intervertebral disc with medications and remain calm – but usually, very expensive surgery is required.

Because the animal’s eye socket is very shallow, the eyelids often fail to close completely over the eyeball. Therefore, short noses are more likely to suffer from corneal ulcers.

And, as if that weren’t enough, French Bulldogs also have a predisposition to allergies, which are mild in some animals but severe in others, so medications and regular vet visits are essential to life.

Kid-friendly, comfortable, fluffy – small breeds are ideal dogs for families. However, few people know that the little partner of children does not always live to old age.

Older small dogs often suffer from mitral dysplasia. A scar forms on the heart valve, which means that the blood in the heart no longer enters the body’s bloodstream. In the worst case, the animals have fluid in their lungs (pulmonary edema) and are painfully suffocating. Dogs with mitral valve dysplasia require lifelong medication and regular cardiac check-ups by a cardiologist.

Due to changes in cartilage, the staples that support and shape the trachea are more likely to soften in small races. The result is a so-called tracheal collapse (tracheal collapse). This mostly happens when the dog is upset. As a result, narrowing of the trachea can cause severe breathing problems. This disease is difficult to treat. In milder cases, bronchodilator drugs are used. In very severe cases, the windpipe can be stabilized with a “lattice tube” (tracheal stent).

To obtain a breeding permit, X-rays of a Boxer’s back, elbows, and thighs are standard these days. He is looking for evidence of HD, and spondylosis. Spondylosis is a bone remodeling process below the spine that ensures the proper fusion of individual vertebrae.

As a result, animals can experience severe pain, especially during acute attacks. Animals with spondylosis require lifelong support in the form of physical therapy and pain relievers for acute attacks.

Tip: Get Your Dog Health Insurance as Early as Possible 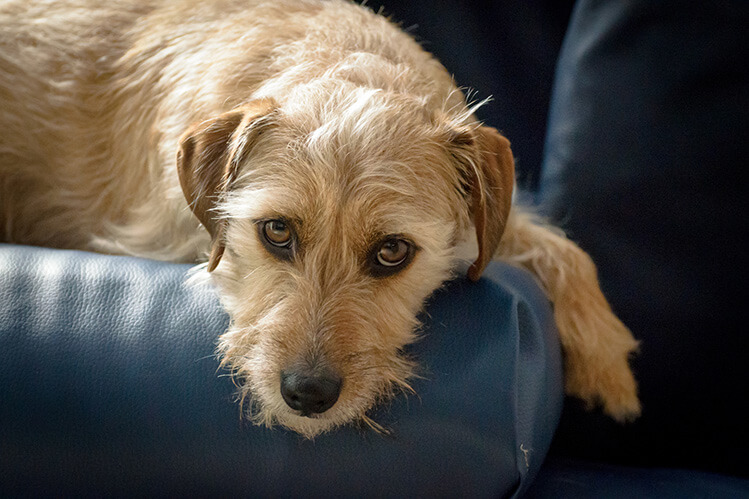 Mixed breeds of the above breeds can also have a genetic predisposition. In general, it always makes sense to ask your veterinarian about your animal’s possible breed predispositions. He will also show you how to avoid these diseases.

It is all the more important to get insurance for your dog as early as possible. Namely, it is desirable before congenital diseases develop.