The English Springer Spaniel conquers with its friendly, cheerful, and playful nature has inexhaustible energy, and loves to spend as much time as possible outdoors with its owners. The child-loving Spaniels are now an insider tip for active families and anyone who loves to spend their free time near or on the water. 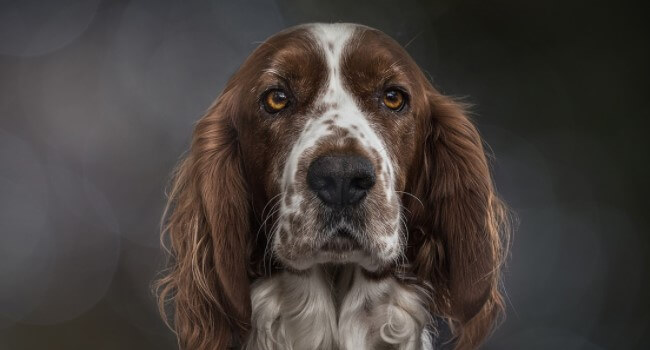 The origins of the Spaniel breed can be traced back almost 2,000 years. Historians suggest that their ancestors came from Spain, from there they got to France and reached England with the Normans. It was not until the early 19th century that English Springer Spaniels emerged from selected breeding animals in the English county of Shropshire. They were used primarily as hunting retrievers and were chosen for their superior scent.

Over the past century, the English Springer Spaniel has evolved into a versatile companion dog and is now considered one of the most popular family dogs in the UK.

Personality of the English Springer Spaniel

The English Springer Spaniel is an outgoing dog with incredible adaptability. The cheerful four-legged friend is an unshakable optimist who goes through life full of self-confidence. He is friendly with people and other dogs if well socialized as a puppy. He is considered late maturing and remains a young dog until the age of 3 who loves to come up with creative ideas when not busy.

The English Springer Spaniel has an excellent sense of smell and will follow the trail of the game on the ground on its own. He has a noticeable hunting instinct, which needs to be channeled from the very beginning. His love for water is outstanding.

The English Springer Spaniel quickly wins people’s hearts with its playful and affectionate nature. But don’t underestimate the adorable four-legged friend: like all Spaniels, he subtly questions your rules. He needs a clear line in education – from puppy paws and beyond. 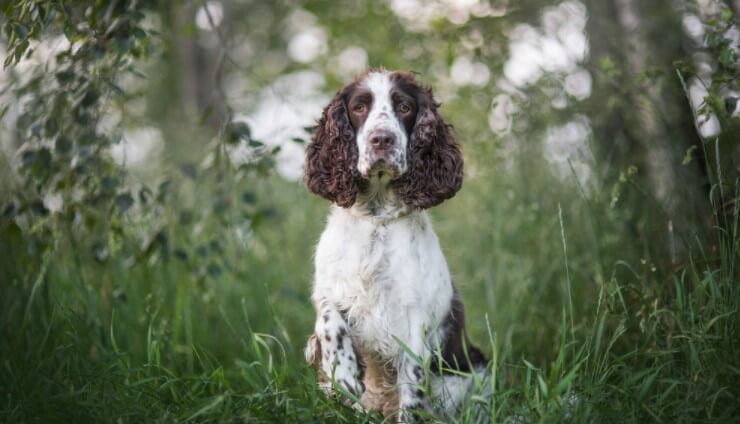 Full of energy and willingness to work, your Spaniel absolutely needs enough exercise and activity for his nose and head. This is especially true if you have one of the thinner and sportier dogs from the work line. For these dogs, training in and around the water, as well as retrieval games, is a valuable enrichment and activity.

Springer Spaniels love to dig through the undergrowth. Therefore, they like to return home with thorns, twigs, and other “found objects” in their fur. It is important to cut and comb the coat thoroughly every day. Pay special attention to the areas around the ears, between the paws, and on the paws. Hair knots quickly from there, which must be removed. Get your English Springer Spaniel trimmed by a groomer two to three times a year. With good care, these dogs live up to 14 years.

Features of the English Springer Spaniel

The active Brit is considered a strong, long-lived breed from stable breeding lines. No known problems with reproduction, only occasional eye, joint and autoimmune diseases.