The energy deficiency syndrome of the Koi is not a uniform clinical picture, but it is associated with a whole series of different symptoms. The causes are just as varied, but all of them always have negative effects on the energy balance of the fish. When medical professionals refer to a disease as a “syndrome,” then there is not just one cause, but many different factors are often involved. Usually, not all are known, or not all of them necessarily lead to the disease.

Energy balance of the fish 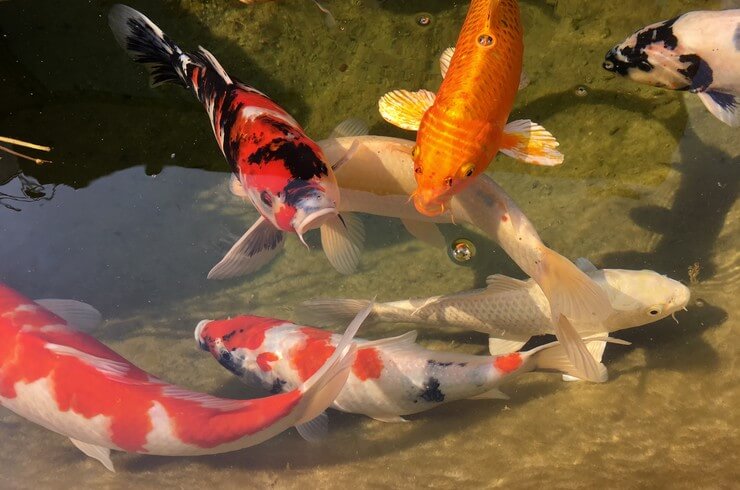 Cold-blooded creatures have a different energy requirement than warm-blooded animals. In many ways, Pisces are “energy-saving models” because they do not heat their bodies.
The two most energy-intensive life processes in fish are breathing and maintaining a constant salt content in the body’s cells. The gills play a major role in both life processes.

Energy for the salt household

Maintaining normal salt levels in the body’s cells is a complicated process in freshwater fish. The osmotic pressure of the environment, water, means that water is constantly flowing into the body. At the same time, the cells lose salts to the freshwater. To prevent this and to maintain a constant cell environment, freshwater fish are so-called ion and osmoregulators. This regulation also consumes a lot of energy.

Energy is also used for digestion, elimination, and reproduction. Koi need the energy to adapt their metabolism to warming and cooling. Compensating for strong temperature fluctuations can cost more than 50% of the energy supply. Despite good feed intake, this can lead to a lack of energy and even death. Even too fast warming in shallow koi ponds can overwhelm the metabolic adaptability of the fish.

In a sense, energy is stored in the form of adipose tissue. If the body fat content falls below 1%, death occurs. However, this loss of energy reserves is not necessarily accompanied by externally visible emaciation. Excessively large fat reserves are just as counterproductive: Fish that are too fat cannot mobilize energy in cold water. Therefore, they get sick with EMS more quickly.

The digestion of fats requires a lot of energy and in a cold pond, especially when the oxygen levels are not optimal, can even cost more energy than it supplies the body. In spring and autumn, you can support the formation of fat reserves with greased food. The total fat content of the feed does not have to be more than 8-10%.

Proteins are not as energy-intensive as oils and fats in terms of digestion and absorption in the body, but they should be used primarily for building muscles. Since fish grow very slowly in winter, it makes no sense to feed them high protein contents above 40% in the cold season.

Energy Deficiency Syndrome (EMS) can be suspected if one or more Koi are lying on their side in the pond and look as if they are already dead. EMS Koi, however, can swim away as soon as you touch them. The swimming movements are normal at first, but then they turn into twisting or tumbling movements and the Koi lies on its side again on the ground.
Some Koi are clearly swollen, have protruding scales and bulging eyes. Others suddenly lie dead in the pond without warning.

The EMS can often be observed in unheated ponds, the surface of which freezes completely or in which the Koi do not come to rest due to constant disturbances. In the temperature range of 8-12 ° C, the EMS sometimes occurs when the Koi roam for months without food. Poor water quality (especially low pH and poor buffer capacity [KH below 3 ° dH]) also increases the risk of EMS.
Strong temperature fluctuations in shallow ponds also make koi prone to lack of energy at the end of winter and in spring.
Ponds that are too densely covered have a poor gas exchange, which can have serious effects on breathing and energy balance.

The cause of the lack of energy is always an excessive consumption of energy to maintain breathing and osmoregulation.

What to Do If a Koi Shows EMS Symptoms 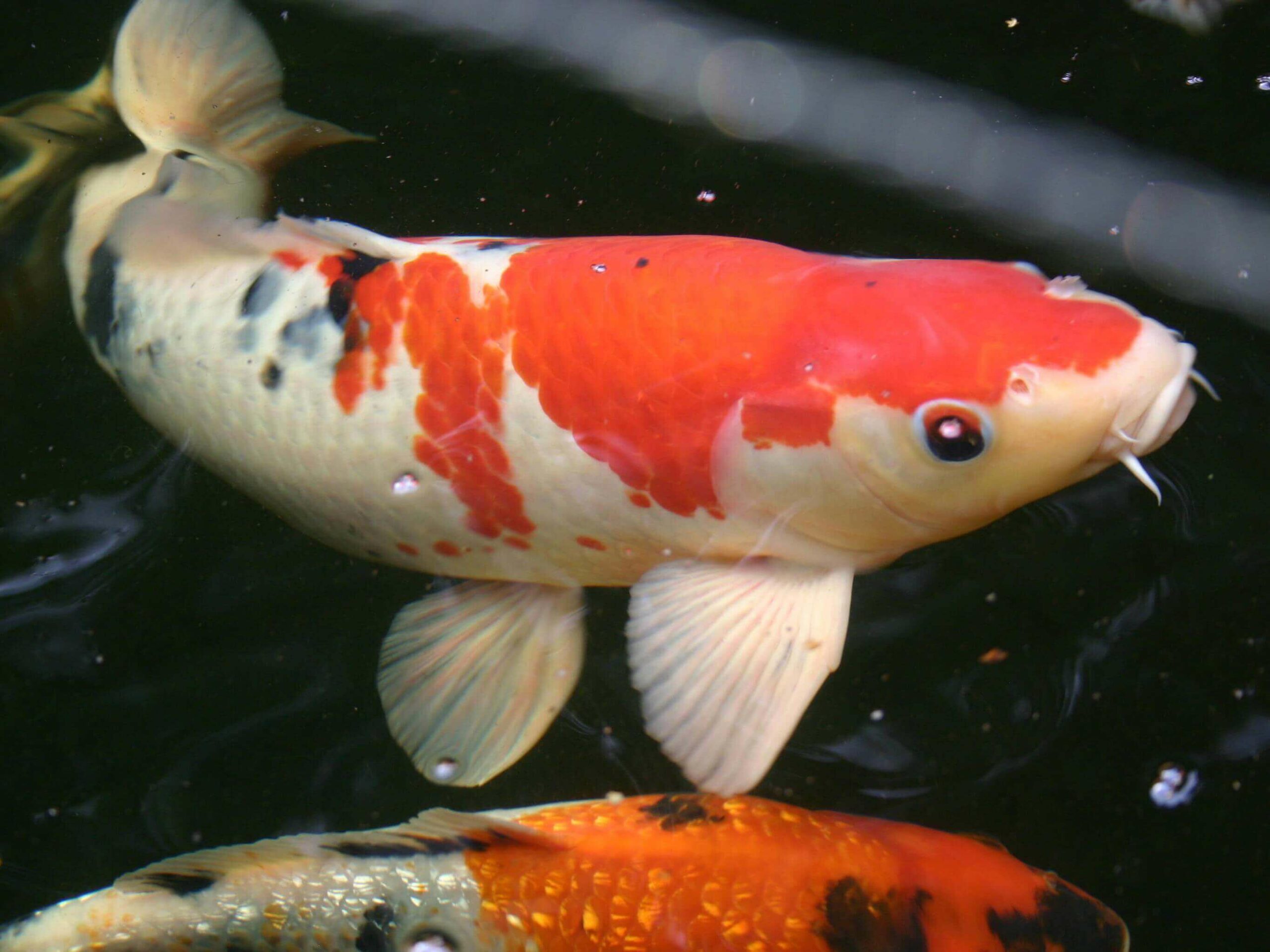 Table salt (NaCl) is an important remedy for Koi with a lack of energy. It facilitates the regulation of the salt content in the body cells and thus significantly relieves the energy balance. Put the koi in an indoor enclosure for treatment. There the water temperature is slowly increased. Heating too quickly can kill the fish! At first, you shouldn’t raise the temperature above 12 ° C, after a week up to 16 ° C is possible. If the disease is still in the early stages, the Koi will appear much more lively after a few hours at 2 ° C higher water temperature.

Iodine-free table salt in a dose of 5g / l is sprinkled into the treatment basin (at least 350 liters capacity for a 40cm Koi), but not dissolved. A ventilation pump must be installed, if you have the option, you can also attach a filter.

Now you have to maintain the water quality by changing parts of the water every day. If 50% water is exchanged, then you also have to add half of the original amount of salt.
Be sure to seek the advice of a fish veterinarian if the Koi does not feel better after 1-3 days!