Due to its shiny metallic green color, the emerald armored catfish is very popular in the hobby. But it is also an unusual armored catfish in terms of its size because the Brochis species are considerably larger than the popular Corydoras. 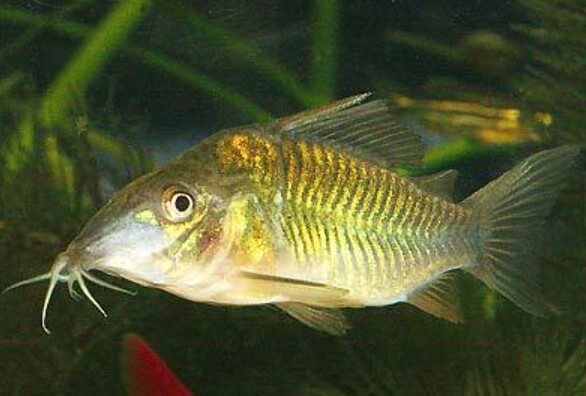 Although these armored catfish are the smallest members of the genus Brochis, they still reach a stately size of 8-9 cm.

The emerald armored catfish is a typical inhabitant of cloudy South American white water rivers. For armored catfish from such waters, a metallic green glowing color is typical, which, in contrast to many Corydoras species, is retained in the clear aquarium water of the Brochis.

The emerald armored catfish is widespread in South America. It is native to the upper, middle, and lower reaches of the Amazon in Bolivia, Brazil, Ecuador, Colombia, and Peru as well as in the Rio Paraguay basin to the south. It mainly inhabits slowly flowing to stagnant bodies of water, which usually change very strongly in the seasonal change from rainy and dry seasons.

The sex differences are quite weak in this species. Females of the emerald armored catfish grow slightly larger than the males and develop a greater body.

The reproduction of emerald armored catfish is not necessarily easy, but it has been successful many times over. In Southeast Asia, the animals are reproduced in breeding farms for the pet trade. The simulation of a dry season with little water change and a scarce food supply seems to be important. With subsequent vigorous feeding and large water changes, you can stimulate the catfish to spawn. Numerous sticky eggs are deposited on the aquarium panes and furnishings. The young fish that hatch from it can be fed, for example, with nauplii of the brine shrimp after the yolk sac has been consumed. The fry is exceptionally nicely colored with sail-like dorsal fins.

Emerald armored catfish can also get quite old with good care. 15-20 years are not uncommon.

Emerald armored catfish are omnivores that eat small animals, plant components and detritus in nature in or on the ground. Detritus is decomposed animal and vegetable material, similar to the sludge in the aquarium. You can feed these catfish in the aquarium very well with dry food, such as food tablets. However, they prefer to eat live and frozen food. When feeding Tubifex, they even dive deep into the ground in order to prey on them.

Like most armored catfish, the Brochis are very sociable, which is why you should never keep them individually but at least in a small school. The minimum should be a group of 5-6 animals.

Since you should keep several of these animals at the same time, aquariums from about 80 cm in length are the absolute minimum for this species. A meter tank is better.

Armored catfish love to forage in the ground. This of course requires a suitable substrate so that fine sand or gravel is best suited. If you choose a coarser substrate, please make sure that it is not too sharp-edged. These fish do not feel comfortable on sharp-edged split or lava breaks. In the aquarium, you should create both free-swimming space and hiding places for the animals using stones, pieces of wood, or aquarium plants. Then they feel good.

The peaceful emerald armored catfish can be socialized with a whole range of other fish, provided they have similar requirements. For example, many tetra, cichlid, and catfish species are suitable as co-fish. 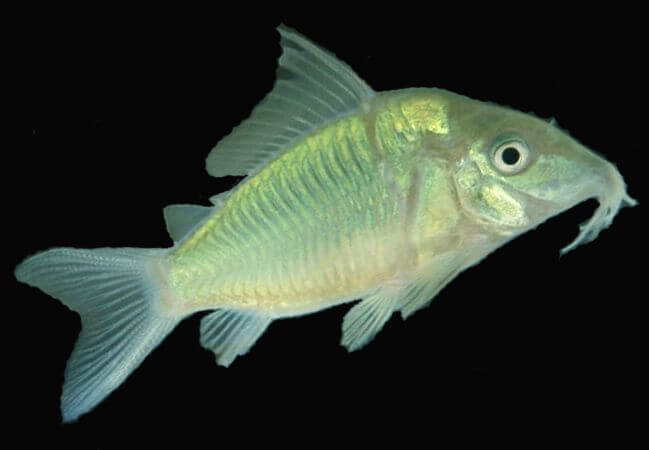 Brochis are by nature less demanding and adaptable, as they often have to withstand anything but optimal conditions even in nature in the dry season. Often there is a lack of oxygen in the waters during the dry season, to which these catfish are adapted due to the ability to breathe atmospheric air. So neither strong filtering nor special water values ​​are required. You can keep these fish depending on their origin (the southern emerald armored catfish also like it a little cooler!) At 22-29 ° C.