The ear grille is one of the most popular harness catfish in the hobby, as it is considered to be an inexpensive and good algae eater. However, these are not necessarily beginner fish, as the animals can be quite useless if they are not kept optimally. Very few aquarists notice that different Otocinclus species appear in the trade throughout the year under the in no way appropriate name Otocinclus affinis, since the fishing season is at a certain time in different areas in Peru, Colombia, Brazil, and Paraguay. 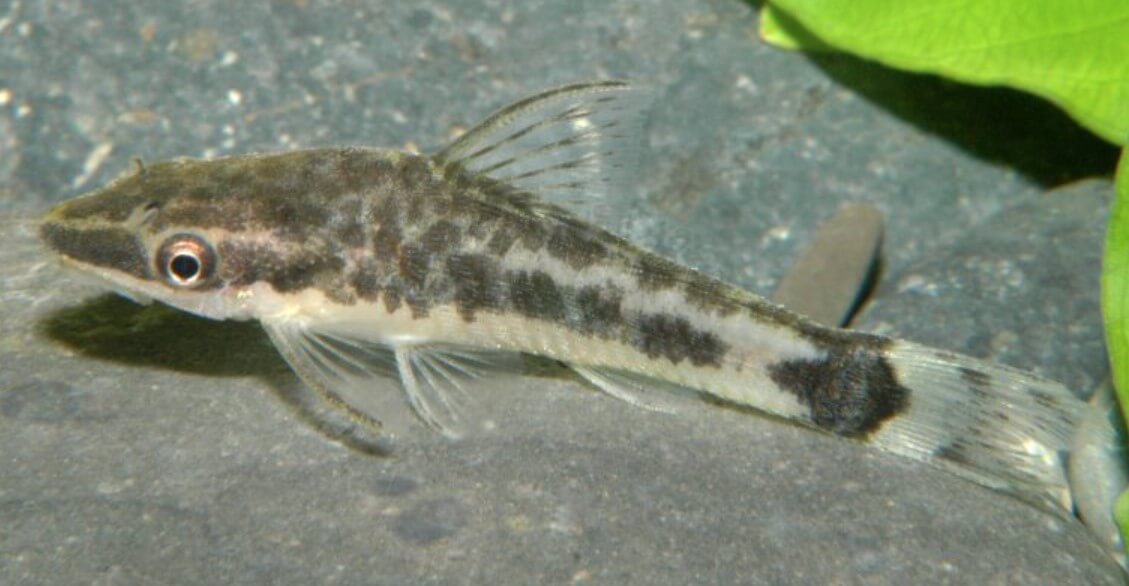 The small ear-grated catfish are only about 4-4.5 cm tall, with the females being slightly larger than the females.

In the hobby, the species Otocinclus hoppei, O. huaorani, O. macrospilus, O. vestitus, and O. vittatus are found, all of which are quite similar in color. The rather elongated small armored catfish have a pure gray basic color and show a dark longitudinal stripe. Depending on the species, there is a more or less large dark spot on the base of the tail.

In contrast to many other aquarium fish, the ear lattice catfish that are offered in pet shops are exclusively wild-caught. The main fishing areas are in Brazil, Colombia, and Peru. There it is above all the large white water rivers that are subject to strong seasonal fluctuations in water levels. During the fishing season (the dry season) these small catfish come in huge schools and can then be easily caught.

The females of the Otocinclus species are slightly larger than the males, who are significantly more delicate in the body.

Although only wild-caught ear-lattice suckers are offered, their reproduction in the aquarium is quite possible. For this, you should, however, best care for a small group of animals in a small breeding aquarium for yourself and feed them well. Similar to the armored catfish, well-conditioned otocinclus can best be brought to spawn by larger water changes. The best thing to do is to try changing the water every day with slightly cooler water. Two-thirds of the water can be exchanged. The females lay small, inconspicuous, transparent eggs, usually individually or in pairs, on the aquarium pane, also on aquatic plants. The young fish, which are also initially transparent, initially have a large yolk sac and can then be fed with finely ground flake food (powdered food) and algae (Chlorella, Spirulina).

Normally, ear grate suckers reach an age of around 5 years in the aquarium. However, if they are properly cared for, they can get significantly older.

Otocinclus feed on the growth of the subsoil, which consists of algae and microorganisms. They graze this from the ground with their suction mouth equipped with fine rasp teeth. This is why these fish are so popular as algae eaters. However, you should make sure that these fish can find enough to eat in the aquarium. Often there are not enough algae in the community aquarium, as other co-fish eat algae and the flake food is often contested by other roommates. By adding green fodder in the form of pieces of cucumber or zucchini as well as blanched leaves of lettuce, spinach or nettle, you can specifically feed the small armored catfish.

The peaceful little armored catfish are quite sociable. You should therefore keep at least a small group of 6-10 animals.

An aquarium measuring 60 x 30 x 30 cm (54 liters) is completely sufficient for the care of ear grille suckers. Care in a small aquarium with a few by-fish is certainly much more sensible than in a large tank with much other fish, whereby the Otocinclus then quickly come up short.

It makes the most sense to set up an aquarium for these small catfish with a few stones, woods, and large-leaved aquarium plants so that these growth eaters have a lot of surfaces on which they can peel off the algae.

In principle, these peaceful catfish should be socialized with much wide fish, but one should avoid both aggressive, territorial species and those that represent strong food competition. For example, if you keep Siamese algae-eaters or aerial catfish in the same aquarium, there is hardly any algae left for the Otocinclus and they also have to fight over the dry food on the ground. It makes the most sense to socialize with other peaceful fish such as tetras, danios, labyrinth fish, etc.

As white water fish, ear-grated suckers make little demands on the quality of the water. They can be cared for in it without any problems even in regions with extremely hard tap water. Even with a lack of oxygen, they come back without any problems, even in the event of a filter failure, as they can swallow atmospheric oxygen on the surface of the water and breathe it in the digestive tract. The most common species feel most comfortable at water temperatures of 23-29 ° C.