Ducks, geese, swans, and mergansers are closely related. They almost always live near the water and all have webbed feet.

Anatidae form one of the largest bird families with around 150 different species, which are divided into two groups: The geese, which include geese as well as swans. The ducks, which in turn are divided into swimming ducks, diving ducks, and mergansers. Anatidae have webbed toes. Their body is relatively long and wide, so they swim well on water.

In the country, however, they seem a bit awkward. The plumage of ducks is also ideal for life in the water: Anatidae’s wings are usually short and strong. With them, they can fly long distances, but they are not very elegant fliers. Dense feathers lie over the warm-down dress.

Anatidae regularly greases their feathers with an oily substance from the so-called preen gland. This makes the plumage water-repellent and water rolls off the feathers. Anatidae’s beaks are fairly flat and wide. They have horn lamellae on the edge and can use them to fish small plants out of the water.

In the case of the sawyers, they have been transformed into small teeth with which they can hold their prey, for example, small fish, firmly. In almost all ducks, the males have more magnificent plumage than the females. You can see this very nicely in the well-known mallard males, some of which are colored iridescent green and blue. 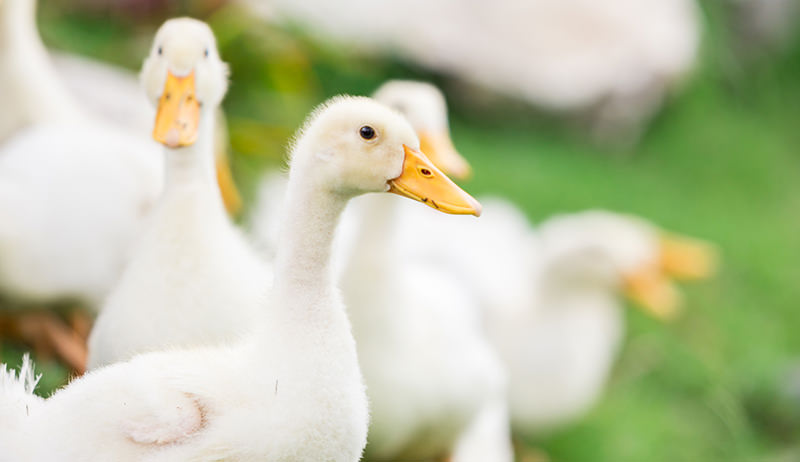 Where do ducks live?

Anatidae are found all over the world: they can be found on every continent except Antarctica. Bar-headed geese can be found even at 5000 meters in the high plateaus of Central Asia. Anatidae almost always lives near bodies of water. Depending on the species, a small pond in a city park is enough for them or they populate large lakes or sea coasts. The only exceptions are the hen goose from Australia and the Hawaiian goose: They only live in the countryside.

What types of ducks are there?

Despite all the similarities, the approximately 150 species of ducks are very different: The spectrum ranges from the well-known mallard, the colorful mandarin ducks to geese and swans. However, the long neck is typical of geese and swans.

The least known is sawyers such as the dwarf sawyer or middle sawyer: Although they are built in a similar way to ducks, their beak gives them a different appearance: It is slimmer than a duckbill, sawn at the edges and hooked at the tip.

How old do ducks get?

Ducks only live about three years, geese up to five, and swans can live for at least 20 years. However, many animals die very young and do not even grow up because they fall victim to predators. In captivity, however, ducks can live much longer than they do in the wild.

How do ducks live?

The way they search for food is typical of ducks. Dabbling ducks dip their heads and necks into shallow water and fish for food with the lamellae of their beaks. Her bottom sticks out of the water when she’s digging – a sight that everyone knows. Diving ducks and moor ducks also dig, but they can also dive to the bottom and find crabs there. Geese come ashore to eat. And mergansers are great fish hunters thanks to the small teeth on their beaks.

In addition to foraging for food, ducks extensively groom their plumage: With their beaks, they suck up an oily liquid from the preen glands on their buttocks and carefully coat each feather with it.

Because only if the plumage is waterproof, they can swim on the water. Where it is warm all year round, ducks usually stay in their homeland. In Europe or the Arctic, however, ducks are migratory. That means they fly thousands of kilometers every year to their winter quarters in warmer regions.

Friends and foes of ducks 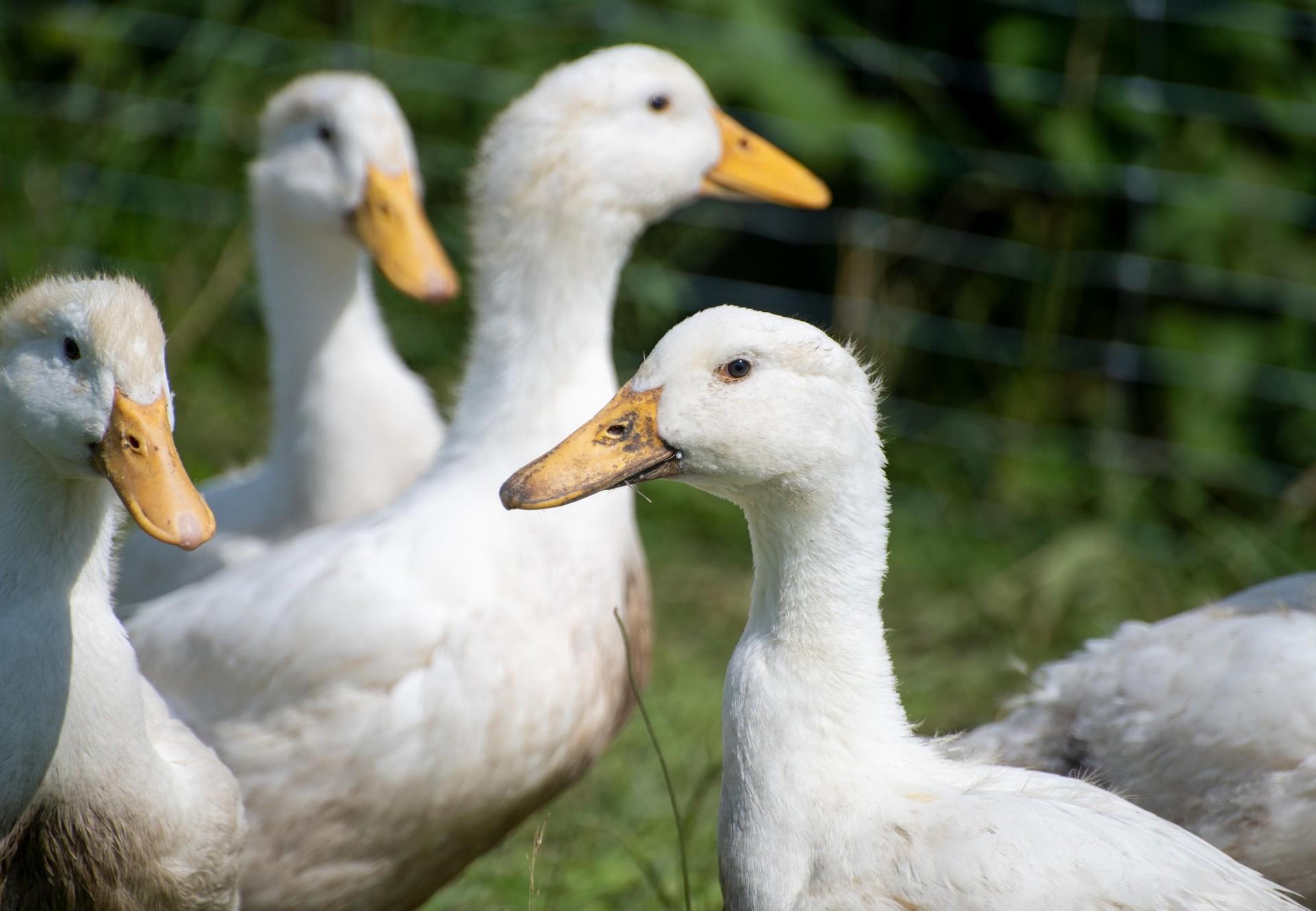 Anatidae are coveted prey for predators such as foxes: young animals in particular fall victim to them. But the eggs are also a real treat for foxes, skuas, and other animals.

How do ducks reproduce?

Ducks usually breed in pairs. Geese gather in large colonies during the breeding season. So the eggs and young are better protected from enemies. Many Anatidae are monogamous, meaning that pairs live together for many years or, like geese and swans, for life. The larger the eggs, the longer the parents have to incubate.

For example, pygmy ducks incubate for only 22 days, while swans incubate for about 40 days. Once the young ducklings hatch, they can swim and walk. In the first few weeks, they are protected by their parents and led to the feeding grounds.

How do ducks communicate?

Ducks croak. However, many do not know that only females do this. The males usually whistle or make other sounds such as a grunt. Geese chatter, call, and hiss, some geese make whistling calls. The voice of the swans is the loudest: their trumpet-like calls can be heard far and wide.