Dogs sneeze just like us humans – and like us, there are several reasons or triggers for this. A sneezing four-legged friend often makes funny faces, and especially with short-legged dogs, the nose hits the ground roughly when sneezing. A dog’s sneeze is usually harmless, but it can also be a sign of a health problem. In this article, you will find out why a dog sneezes constantly. 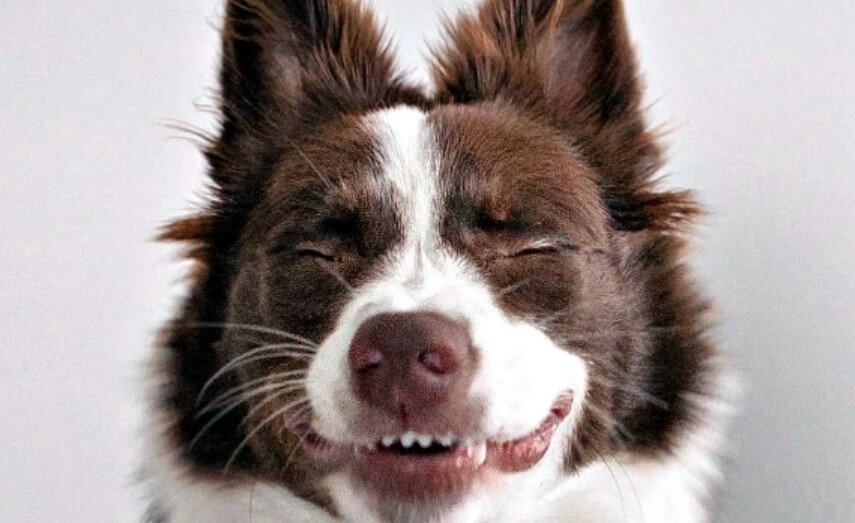 Symptoms: sneezing
Course: Acute
The severity of the disease: Normally unproblematic
Frequency: Often
Occurrence: In all dogs
Diagnosis: Respiratory tract infections, allergic reactions, foreign bodies in the nose, external stimuli, excitement, communication with conspecifics
Treatment: Depending on the diagnosis
Prognosis: very good
Risk of infection: Only in the case of infections
Pain level: Not painful

When the Dog Sneezes – Possible Causes

Sneezing is a reflex that is involuntarily triggered by irritation of the nasal mucosa and is a protective mechanism of the body. The sudden contraction of the respiratory muscles in the chest and abdomen expels the air at a very high speed, eliminating foreign bodies, germs, and nasal secretions from the upper respiratory tract. This sneezing can hardly be influenced at will, nor can it be suppressed. However, many dogs also sneeze in very specific situations, so this behavior has a kind of signal function. Possible causes of sneezing in dogs may include:

If the dog suffers from a respiratory infection, which is caused by bacteria or viruses, for example, like a human cold, there are usually other symptoms, such as fatigue, loss of appetite, fever, or nasal discharge. If deeper areas of the respiratory system such as the tonsils or bronchi are also affected, the dog will also cough.

An allergy in dogs (similar to people with hay fever) can lead to outright sneezing fits. Triggers are, for example, grass or pollen, house dust (or rather the mite droppings in it), mold, but also ingredients in the food or insects such as fleas can trigger allergies in dogs. There is often increased discharge from the nose and eyes.

What Does It Mean When the Dog Sneezes?

Basically, sneezing in dogs is a completely normal defense reaction of the body to various stimuli. If it’s only an occasional occurrence, it’s not a cause for concern.

A foreign body must be considered especially for dogs that like to dig in the ground or, for example, were out and about in a grain field ready to be harvested. The dog often tries to remove the disturbing object (e.g. clods of earth, corn awns, blades of grass) by rubbing its nose with its paw or rubbing against furniture or the carpet. Due to the strong irritation of the nasal mucosa, it can happen that the nasal discharge becomes bloody. In any case, if a foreign object is suspected, a veterinarian should examine the dog’s nose closely and remove the object. In the worst case, there is otherwise the possibility that the foreign body will become encapsulated in the nose, eventually become inflamed, or even degenerate into a tumor.

Disturbing external stimuli such as dust, sand, smoke, or a tickling blade of grass, sometimes the freezing cold or a snowflake that has landed on the nose can also trigger brief sneezing in dogs.

Many dogs also sneeze when they are excited (usually with joy), for example when their human is preparing to finally start the walk or grab their favorite toy. Then the sneezing is a so-called leap forward action of the dog to compensate for the overflowing joy. Other situations in which the four-legged friend feels unsafe can also lead to such sneezing.

When meeting other dogs, it can happen that the dog uses sneezing as a form of communication. In this way, he signals to his counterpart that he is in a friendly mood and would like to play.

Sometimes dogs exhibit a rather scary-looking form of sneeze attack called reverse sneezing. The four-legged friend suddenly stands there with stretched legs, spread-out elbows, and stretched his head far forward and sucks in air through his nose for several seconds in fits and starts with loud snoring noises. The chest expands significantly, and the entire dog seems tense, almost spasmodic to breathe in. The attack is usually over after a few seconds. Breeds with an extremely short nose, such as Pugs, Bulldogs, or Pekingese, show this backward sneezing more frequently.

Such an attack often occurs when the dog has just eaten or drunk or is romping around. Science is not yet clear about the causes. However, there seems to be a connection to problems in the larynx area. An enlarged soft palate can be seen in some dogs, which sucks into the larynx during inhalation. Inflammatory processes in the throat or a spasm of the larynx muscles can also be reasons for reverse sneezing.

Such an attack can usually be stopped by making the dog swallow. Gently massaging the tight area of ​​the larynx, tapping the chest, or offering a treat will help the dog relax and breathe normally again. However, if such attacks occur more frequently or if other problems also arise, the dog should be taken to a veterinarian to look for the triggers.

What to Do if the Dog Sneezes Often?

If the sneezing occurs noticeably often or if there are other unusual symptoms, the dog should be taken to a veterinarian for clarification.

You Should Do This If Your Dog Sneezes Frequently

There is no need to worry if your dog sneezes every now and then because this is a completely normal defense reaction of the body. However, you should be careful not to expose the dog’s sensitive nose to strong stimuli such as sharp cleaning agent odors, perfumes, room fragrance sprays, strong flowering plants, or cigarette smoke, as these unnecessarily irritate the nasal mucous membranes and can lead to sneezing attacks. A lot of exercise in the fresh air can help in such cases.

If your dog sneezes more often, you should first think about what could be causing it. If the sneezing is accompanied by increased nasal and eye discharge, it could be an infection or an allergy. If your four-legged friend tends to dig in the garden or on walks, you also have to think of a foreign body. If there are other unusual symptoms, you should not wait long and make an appointment with the vet.

Why Do Dogs Sneeze Backwards?

Backward sneezing is a special form of sneezing that causes air to be sucked in through the nose convulsively. Short-nosed dog breeds such as pugs or bulldogs are particularly prone to this. In order to rule out pathological causes, the vet should take a look at the dog.

When to See a Vet

As soon as you have the feeling that your four-legged friend is suddenly sneezing much more often than usual, you should take him to a veterinarian for an examination. If he also shows other symptoms or if the nasal discharge is not only clear and watery but vicious, purulent, or even bloody, it is high time for an expert clarification. Sudden nosebleeds can also be caused by poisoning with rat poison, for example.

The so-called reverse sneeze can be more common in some dogs with a congenitally short nose. However, since pathological changes in the larynx or in the nasal cavity can also be the cause here, medical clarification should be carried out in the event of multiple attacks in order to avoid complications.

Bottom Line – When is It Harmless and When is It a Concern When a Dog Sneezes? 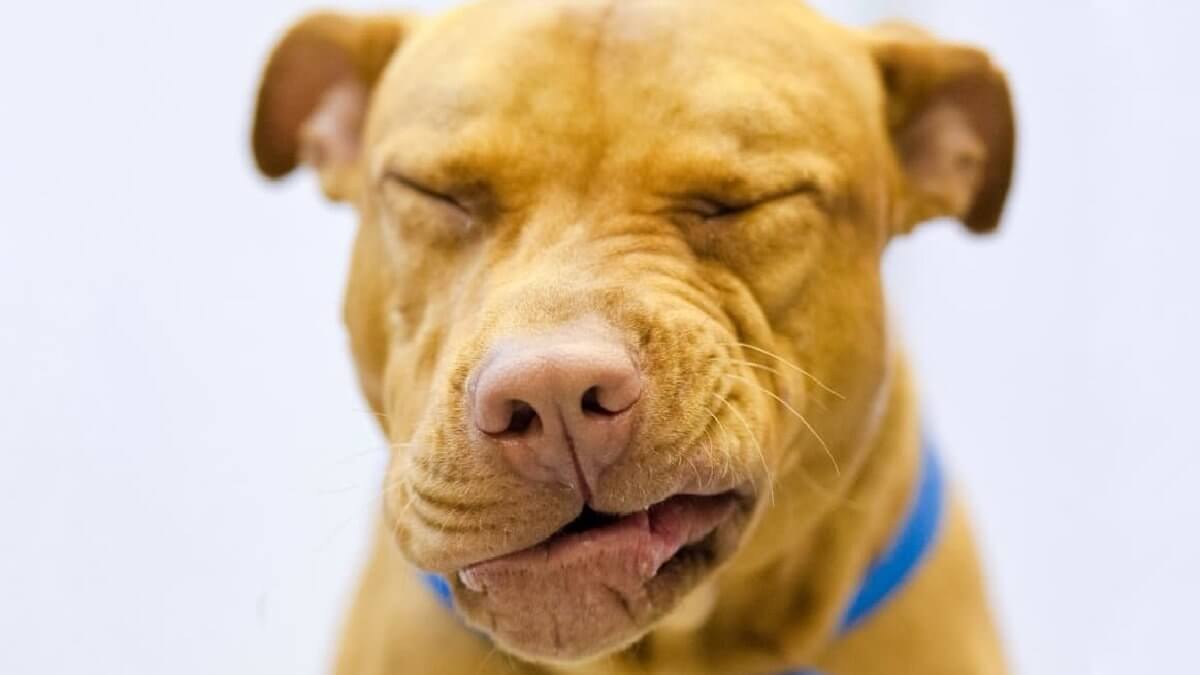 Occasional sneezing occurs in our dogs just as it does in us humans and is not yet a cause for concern. Even when they are very excited and happy, some four-legged friends get into a state of excitement that seeks an outlet in repeated heavy sneezing – that is also no cause for concern.

However, if the dog sneezes remarkably often, and shows other symptoms such as fever, coughing, fatigue, or even purulent or bloody sputum, the cause must be urgently investigated. Increases in the size of the nose must also be examined by a vet immediately – it could be an abscess, a diseased tooth, a tumor, or a traumatic injury.

The backward sneezing of the dog, if it occurs often, should also be clarified by a veterinarian, since pathological changes in the larynx or in the nose could also be present here.