If the dog is playing in the water, make sure that it does not swallow too much water. Then your duck may suffer from hyponatremia.

In the British Metro, you could recently read about Jen Walsh, 42, from the USA who played with his two-year-old schnauzer Hanz and threw sticks at him in the water. 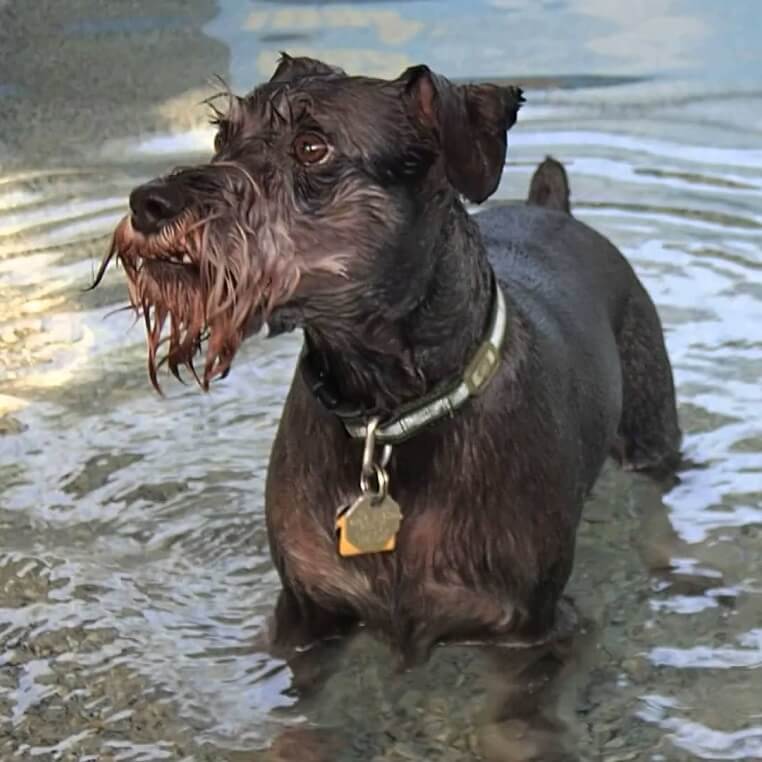 Hanz loved the game and swam tirelessly back and forth, with his mouth open. After an hour and a half of play, the dog suddenly collapsed and seemed to feel unwell. Jen and her husband hurried to the vet, but the little dog’s life could not be saved.

Hanz was pronounced dead just hours after the game. The reason was that he had ingested far too much water when he had fetched the sticks and swam into his owner – with his mouth open. Because Hanz had ingested so much fluid, the salinity in his blood, which is called hyponatremia, had dropped, causing him to die.

On the contrary, but still dangerous, it can be if the dog swims in saltwater and swallows large amounts. If your dog has drunk saltwater and vomited, remove food and water for a few hours so that the stomach can calm down. Then give water in small portions. If it goes well, the dog can get free access to water. If it manages to do so, it is good to give food in small portions. The symptoms of salt poisoning are continued vomiting, fatigue, diarrhea, stiffness, or cramps. Contact a veterinarian immediately if you suspect salt poisoning.

Now do not let this stop you from letting the dog retrieve in water if it likes it. But be careful and do not let the dog hold on for too long, especially if you suspect that your dog is ingesting a lot of water. Some dogs keep their mouths closed more when retrieving than others. The greatest risk is probably for dogs of small breeds because they have less body volume.