The Devon Rex loves warmth and, because of its fur, is sensitive to cold and wet conditions, so it is better suited for keeping indoors. Regulated outdoor access inappropriate weather conditions is conceivable. The thin fur of the Devon Rex makes it necessary to use a particularly soft brush. It is very social and should not be kept alone by people who travel a lot or are at work. She enjoys a good selection of cat toys and a tall scratching post for climbing and jumping. As a rule, it is compatible with conspecifics and other animals. The Devon Rex is considered child-friendly.

The Devon Rex is known for its unusual fur. The particular mutation first appeared in England in the 1960s and is reminiscent of the Rex rabbit.

The fur is wavy to curly and thinner than other cat breeds.

The name of the breed is made up of its geographical origin, the county of Devonshire, and the fur designation Rex.

The breed was recognized in 1967 by the GCCF (Governing Council Cat Federation) after the Devon Rex enjoyed great popularity abroad. Later the CFA (Cat Fanciers Association) also recognized the breed. In Germany, the Devon Rex started to be bred in the 1970s.

Outwardly, in addition to its unusual fur, the breed is characterized by its small, wide skull and relatively large ears, with which it is somewhat reminiscent of a goblin. Lovers of the breed often describe their appearance as goblin-like. 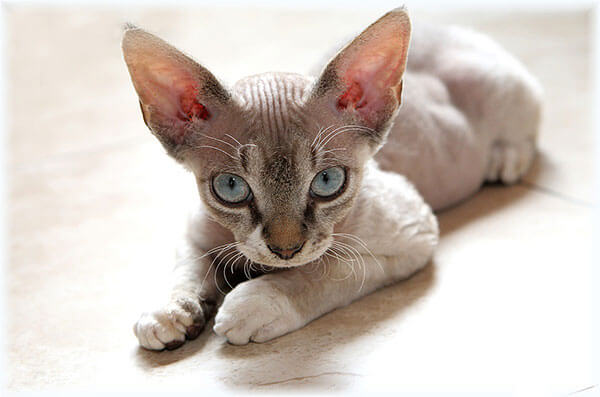 The Devon Rex is considered to be a people-focused and active breed of cats. She often likes to jump and climb. If there is an elevated place to sleep in the apartment, the kitty will most likely accept it enthusiastically. The Devon Rex is considered to be affectionate and usually chooses its caregiver itself. Like many cat breeds, she loves to follow her owner wherever she goes. It often remains playful for a lifetime. Some also describe cats of this breed as lovable and crazy. 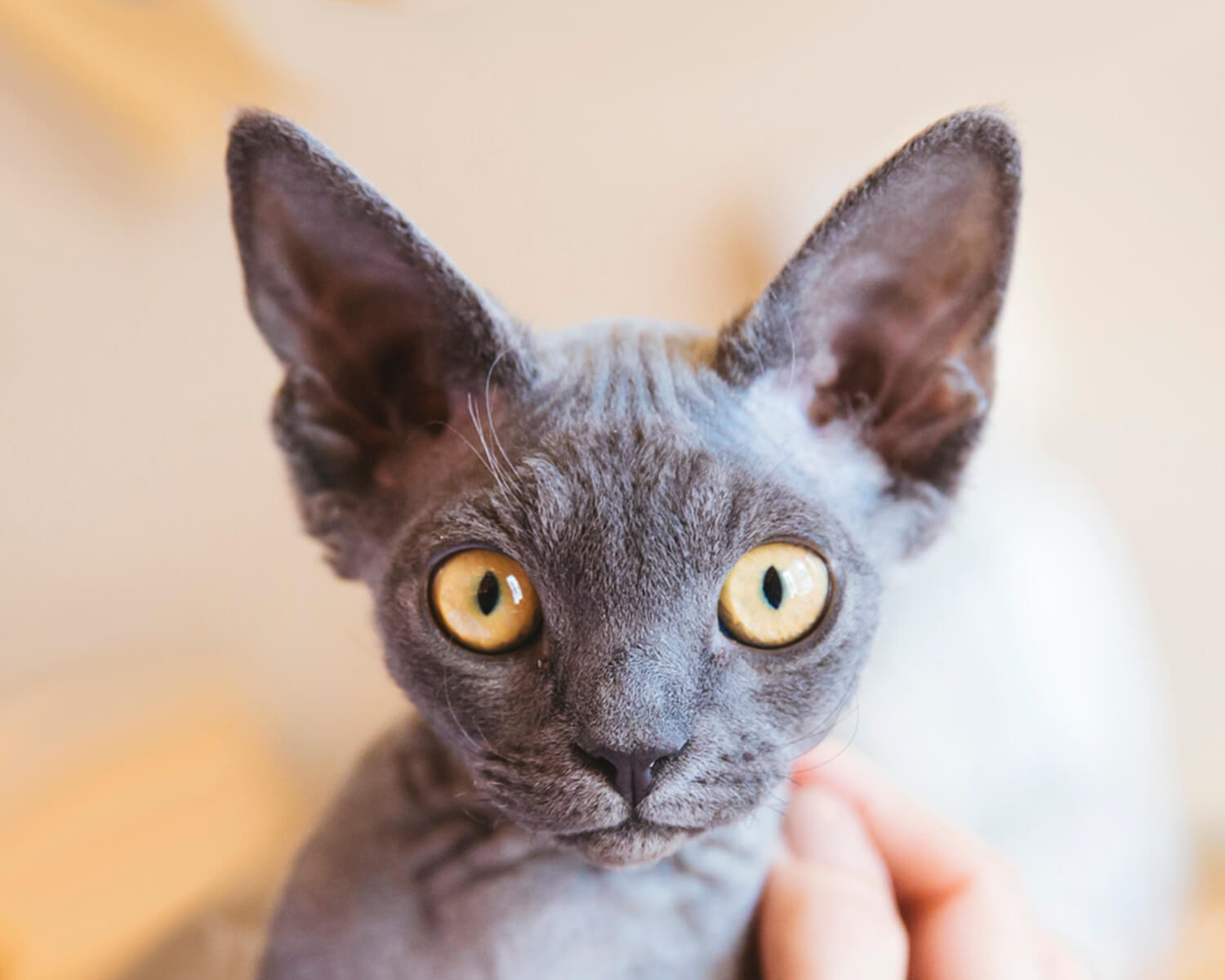 Their thin fur makes the Devon Rex prone to cold and wetness. It is therefore only suitable to a limited extent for outdoor use. Some keepers report that it can be successfully accustomed to the leash. If the weather is good, there may be no objection to a short walk in the garden in this case. As a rule, however, living in an apartment is preferable. For working people, it is advisable to buy a second cat, as the Devon Rex is very social. If the coat of the Devon Rex is to be brushed, this must be done with a particularly soft brush.

The Devon Rex is often offered with the indication that it is suitable for allergy sufferers. Although the breed loses little hair due to its coat structure, it is not allergen-free. A severe cat allergic person can also be sensitive to a Devon Rex. An allergy should therefore be ruled out before purchasing.