German Wachtelhunds are bred only for hunters – and that’s good. His upbringing requires an experienced hand. His daily life is shaped by the task of being a hunting dog. A strong will and irrepressible desire for independent digging and hunting can only be used in the appropriate profession. Here the Spaniel becomes a faithful and obedient companion. 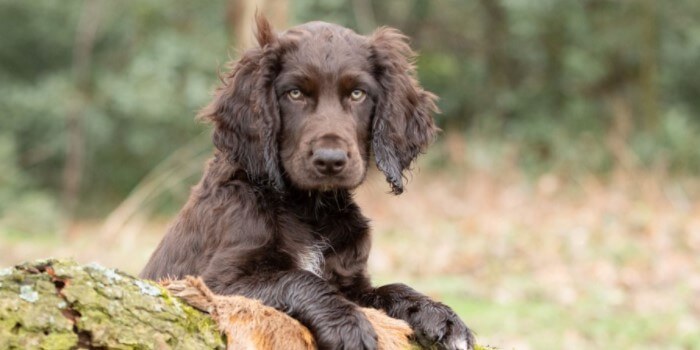 This type of dog has followed the hunter for centuries. The desire to hunt is in every gene: not too high a slope, not too long away, not too long a day – the Spaniel seems to know almost no limits in terms of will and endurance. The breed of reliable scouts and versatile hunting dogs was not standardized until the early 20th century. However, its roots go much further. Due to its temper, it is bred only for hunters.

The German Wachtelhund knows his job, loves it, and does it well. Independence, a strong will to find things, a sharp eye for game and predators, and a controlled hunting instinct make it an attentive, obedient, and ready-to-work retriever and scavenger dog. He loves his people – but not for cozy hours on the couch, but as an equal partner in the forests and fields. 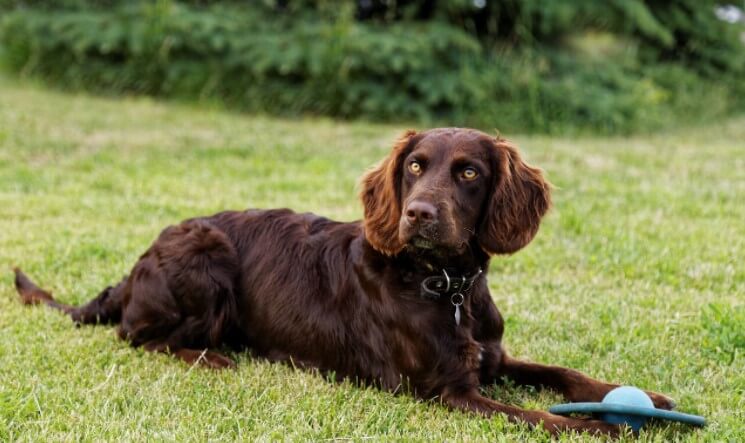 Good-natured, affectionate, obedient – the German Spaniel has such wonderful morals by nature. However, from the start, this dog needs a lot more exercise, training, and activity than a family or people who are actively involved in sports can offer. One move is not enough. The Spaniel wants more, can do more and needs to do more than just be a family dog. Idleness is contrary to his nature. He needs skilled training as a hunting dog that will challenge him mentally and physically. If this succeeds, the passionate hunter becomes an obedient and faithful companion to his master.

Its coat is perfectly adapted to the life of the German Wachtelhund. The dirt doesn’t seem to stick, even if it’s been dragged for hours through the undergrowth. Enough weekly combing. Water lovers tend to bathe themselves, and in the summer, taking a shower is a welcome wellness experience.

The German Wachtelhund has a slight predisposition to hip dysplasia. Breeders are very careful not to breed animals that may have been infected. Thus, this disturbance can be largely suppressed.