Black dogs often have a reputation for being threatening, which makes them harder to find in animal shelters. There are such prejudices completely wrong! Find out why you should get a black dog.

There are many theories that suggest that black dogs wait longer for a new home at a shelter than their blonde counterparts. In the English-speaking world, they talk about the so-called “black dog syndrome”. 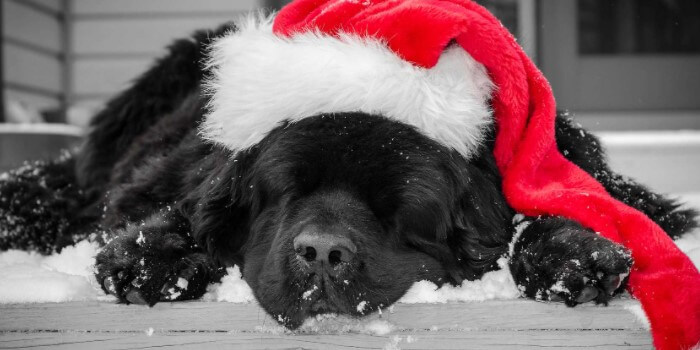 Thus, there can be several reasons for discrimination against black dogs, especially if they are large. While some argue with superstition – like black cats – others suspect that the film’s mostly negative portrayal of large black dogs may have played a role as well. However, none of these theories have received scientific confirmation.

However, do you sometimes find yourself quickly flipping through pictures of black dog breeds? Then we have put together for you some good reasons why you should take a closer look.

Black Dogs are Just as Loyal as Everyone Else

It goes without saying that in this case, it is worth emphasizing the facts once again: black dogs have exactly the same positive characteristics as dogs of any other coat color. They are loyal, sweet, adventurous, sometimes spoiled, and generally cute. Of course, four-legged friends can have their own quirks too. But they are guaranteed not to be tied to the color of the coat.

If black dogs are perceived by many as a threat, you can also just take advantage of this: a big black dog is bound to make a good watchdog, even if it is actually devout. Surely the villains are immediately scared away only by the appearance of your faithful companion and protector.

Plus, black dogs often have a mysterious aura, at least according to Dogtime magazine. This starts with the fact that dark dogs are more difficult to photograph because their features are less clearly visible in images due to shadows or photo quality.

Precisely because many animal shelters post pictures of their animals on their websites, it is often difficult to make a first impression. However, you should also give black dogs the opportunity to get to know each other in a similar way.

Perfect Companion for a Photo Shoot in the Snow 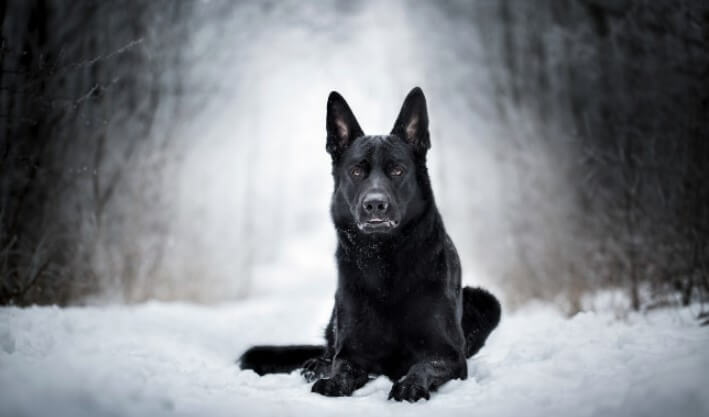 Did we just say that black dogs are not photogenic? We take the words back – especially in the case of snow. The contrast of fur and white splendor makes black dogs ideal models for a winter photoshoot.

Life with a dog can quickly get dirty: here there is a jump into a puddle, there is a run in a muddy meadow and a circle rolling in the dust. You can immediately see their adventures in light-colored dogs. On the other hand, black dogs look like they jumped into a barrel of black ink. You can safely skip the bathroom.

Last but not least, the next black dog is looking forward to your adoption! While popular trendy breeds such as the Maltipoo or French Bulldog are likely to be sold out quickly, it is very likely that you have at least one black four-legged friend near you at the animal shelter.