Giving the dog a piece of pie doesn’t hurt, does it? But! Caution is advised, especially with sugar substitutes. Last year, football TV presenter Jörg Vontorra had to worry about the fact that the sweetener xylitol, in particular, could be dangerous.

His Labrador female Cavalli ate something in the bushes – after that, she was stubbornly unhappy. “At first I didn’t notice anything. The next morning, Cavalli looked haggard and absent. She was shivering, did not want to go to the garden, “- said Jörg Vontorra, describing the condition of his dog.

Cavalli died in a veterinary clinic – she ingested 120 grams of xylitol, which was believed to be in the finished sausage.  “It was a targeted poison attack. How does so much sweetener get into the bushes in front of our house? ” 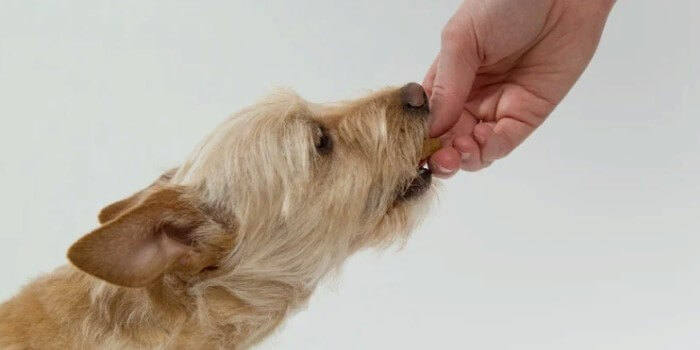 If the tragic case of 2020 was indeed poisoning, then the culprit was well aware of the sweetener. Because: xylitol leads to massive hypoglycemia in dogs within 30-60 minutes, warns veterinarian Tina Hölscher.

Unlike in humans, this substance leads to a rapid increase in the production of the hormone insulin in dogs, which in turn lowers the dog’s real blood sugar.

Depending on the dose taken, convulsions, liver failure, or coma occur. In the worst case, the dog can die from it. Depending on the xylitol content, one to three sugar-free gum can be fatal for a medium-sized dog.

Even Small Amounts of Xylitol are Dangerous

Veterinary detoxification measures should start with 0.1 grams of xylitol per kilogram of body weight. This tries to prevent the sugar substitute from entering the dog’s body from the intestines.

The vet gave the sick dog an injection as soon as possible, which caused nausea and vomiting in the four-legged friend. Thus, the animal gets rid of the maximum possible amount of toxin that it absorbed earlier.

Activated charcoal can then be given to prevent further intestinal absorption. However, it is not completely clear whether this measure is really effective.

By the way, cats are insensitive to xylitol. Signs of intoxication appear only at significantly higher doses.