When you come face to face with a Continental Toy Spaniel, the first thing you’ll probably notice is his ears. Either they hang down (Phalène) or stand up (Papillon). It sure looks cute, but there’s more to this little guy. It’s a hardy whirlwind that catches mice for you, gets cheers from strangers, and is sure to quickly find a permanent place in your home and in your heart. 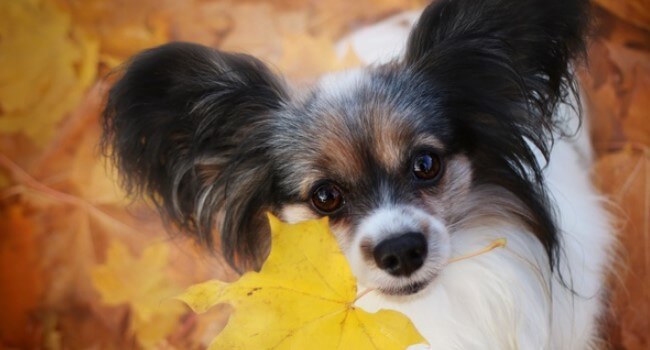 Cuddly Toy Spaniel That Has It All

Back in the 13th century, nobles were happy to be accompanied by these cute little ones: Continental Toy Spaniels were kept as pets by both the British royal family and the French court. Unfortunately, this had benefits not only for dogs, as during the French Revolution at the end of the 18th century, but they were also practically destroyed. Only at the end of the 19th century did the breed regain its former popularity, when systematic breeding of toy spaniels began in Belgium and France. Around 1905, the first breed standard was established.

Small build, great self-confidence – that’s how you can accurately describe the Continental Toy Spaniel. He greets your guests loudly and confronts them boldly. At the same time, he loves the company of his people and enjoys spending time with them. His sensitivity allows him to feel how his loved ones are doing. Then he also withdraws and gives intimacy instead of waiting for attention himself.

The Continental Toy Spaniel does not like dirt at all, it is a very clean animal. If you train him to brush while he’s still a puppy, he’ll love those moments.

An enterprising four-legged friend loves to accompany you on excursions, but be careful not to overload him. This is a cheerful, intelligent dog with a great temperament.

As small as the Continental Toy Spaniel is, it has a high level of energy. Spend a lot of time with him, play with him or let him accompany you on long walks. Bicycle tours or treadmills are not for him due to his small size, but he will enjoy playing ball or ball games or be an avid participant in dog sports.

When living together, the dog turns out to be a faithful companion, both with his family and with people whom he often sees and who spend a lot of time with him. He usually gets along well with children, but you need to make sure that he can withdraw into himself and that the children treat him properly. This is a small dog that is easier to hurt than, say, a large, steady golden retriever. The Continental Toy Spaniel gets along well with cats if they are known from an early age. You should not leave small pets alone with him, for this, he has too strong a hunting instinct. However, he prefers to live with other dogs.

The Continental Toy Spaniel can be kept in an apartment, even in the city center, and will even accompany you to the office. However, it is imperative that he gets plenty of attention and enough exercise. Older people can do this too. 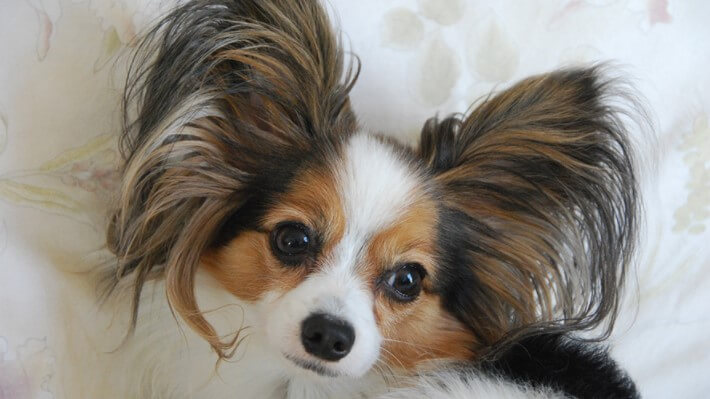 If the dog will live with you in a house with a garden, it will give him a lot of pleasure. He is a born mouse hunter and also dares to approach rabbits. Make sure, however, that he cannot escape. This dog will find even the smallest holes in fences and loves to explore the area.

For people who already have experience with dogs, it is easier to deal with this breed than for beginners. Because the Continental Toy Spaniel is not trained early enough, it will start to bark. This can be inconvenient in an apartment or when traveling. Fortunately, the Continental Toy Spaniel is smart and trainable. In this way, you can teach him to restrain loud barking during training. He should also be available when his hunting instinct kicks in. This will help you relax and give him as much freedom as possible.

Caring for Your Continental Toy Spaniel

The fur comes without an undercoat. Although this is a long time, brushing your Continental Toy Spaniel every other day is sufficient. Take this opportunity to also take a look at his ears. Ticks or other parasites can easily settle there, which can lead to inflammation.

In many small dog breeds, the patella can more easily jump out of the socket, a condition called patellar luxation, and the Continental Toy Spaniel can also be affected. In addition, he suffers from allergies or skin problems more often than other breeds.

The breed is sensitive to anesthesia. Consult your veterinarian before surgery.