We humans like them, but they are poisonous to dogs: avocado, chocolate… It is better not to feed your four-legged friend such human treats. Some foods that are toxic to dogs are even life-threatening after consumption.

Do you want to pamper your dog or reward him for something? Then you’d rather reach for dog snacks or special dog biscuits instead of giving him a little something from your plate. Even if we humans are happy about a piece of grape-nut chocolate or liqueur pralines – the delicacies are taboo for dogs. Because a long list of things we like to snack on can be toxic to dogs. 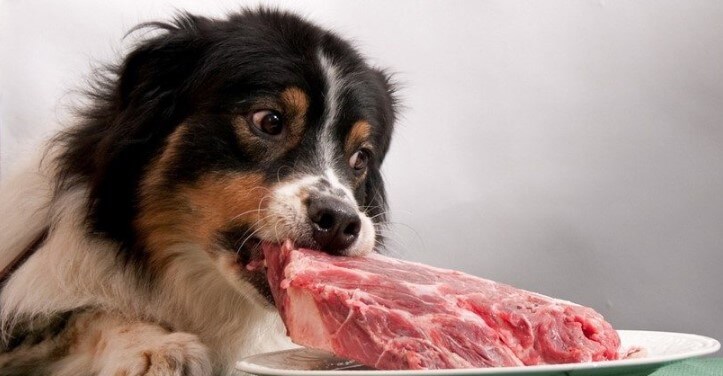 Of course, your dog will also be there at the family barbecue in the summer! But beware: Your faithful companion gets diarrhea and other complaints from food that is too greasy or spicy. Dogs don’t tolerate most barbecue leftovers!

Onion essential oils contain sulfides. These substances destroy the dog’s red blood cells and can cause anemia – this is life-threatening for your animal. The same goes for garlic. You should therefore not feed your dog raw or cooked onions and garlic.

Salty foods are okay for healthy dogs from time to time – but only if they drink enough at the same time. However, if the dog does not feel well, take him to the vet as soon as possible. Dogs with heart disease should generally not be given too much salt with their food. Dogs generally find it difficult to digest spices. So it is better not to feed your four-legged friend a pickled grilled steak – even if you want to make him happy.

Under no circumstances should you feed dogs raw pork; it may contain the Aujeszky virus. Although this is not dangerous for humans, it leads to inflammation of the brain and nerves in dogs and cats – with mostly fatal consequences.

Raw fish should also be taboo. The reason: Salmonella poisoning can lead to serious problems such as diarrhea and vomiting.

Dogs also do not tolerate avocados because they contain persin. The poison can cause heart muscle damage in dogs and lead to death. Also, be careful with grapes or raisins: They are also among the foods that are toxic to your pet and cause diarrhea and vomiting in your four-legged friends. It can even lead to kidney failure if you feed dogs the fruit. However, the reason for the intolerance of grapes and raisins is still unclear.

Nuts and chocolate are also taboo: Walnuts, macadamia nuts, and the like are not only too fatty, but they also contain a lot of phosphorus – not exactly tolerable for dogs. Chocolate and other products containing cocoa contain theobromine. It closely resembles caffeine and causes vomiting, diarrhea, and muscle tremors in dogs. At worst, chocolate causes seizures and can lead to death. Therefore, do not leave any sweets containing cocoa lying around in the apartment that your animal sweet tooth could sniff out.

Dogs should only drink water. Alcohol and caffeine are toxic to dogs! Even a small amount of alcohol leads to vomiting, incoordination, coma, and sometimes death.

Caffeinated beverages also have no place around dogs, as caffeine is very toxic to them. Caffeine is a so-called methylxanthine. It speeds up the heart rate and raises blood pressure. The stimulus threshold in the brain is also lowered. Caffeine poisoning can quickly occur in dogs, which can result in tremors and restlessness, overheating and cramps, and even life-threatening cardiac arrhythmias.

In addition to water, you can give your four-legged friend a little milk from time to time – the proteins and vitamins it contains are also healthy for dogs. However, many dogs do not tolerate the milk sugar contained in milk, the so-called lactose. Too much lactose can cause severe diarrhea. You can occasionally try lactose-free milk. First and foremost, your fur nose should drink water. 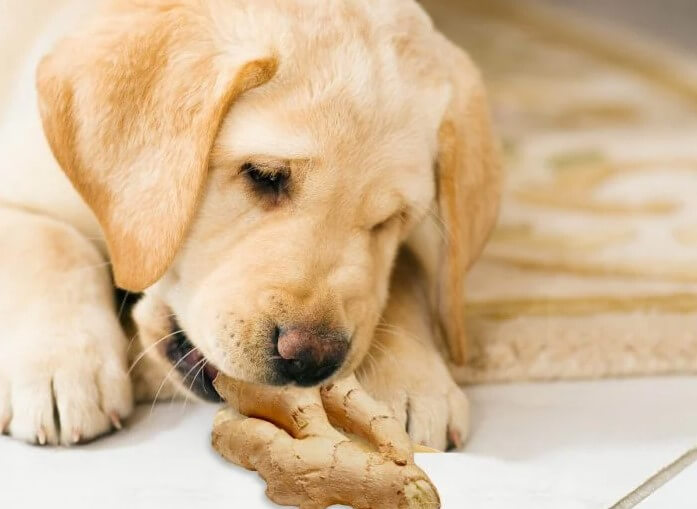 In naturopathy, ginger is considered a proven remedy, but can the tuber also be used in dogs? The essential oils and gingerols in ginger can relieve indigestion and joint discomfort in dogs. If an operation is imminent, or if your four-legged friend is pregnant, he must not eat ginger.

The reason: ginger has blood-thinning properties and promotes blood circulation. This can lead to preterm labor, premature delivery of the puppies, and complications during the surgery. Dogs with a sensitive gastrointestinal tract can also be sensitive to ginger. Nausea, stomach pain, and diarrhea are possible consequences.

In general, you should only feed ginger as a cure, in consultation with your veterinarian, and only in small doses.

Coconut oil is not toxic to dogs. However, it can happen that your four-legged friend still has an allergic reaction to coconut. Especially if other allergies are already known, you should therefore test coconut oil with particular care, or consult your veterinarian.

Dogs with certain pre-existing conditions such as diabetes mellitus or pancreatitis should also not consume coconut oil. The reason: The oil is metabolized into ketones, which can promote organ damage in connection with diabetes. In turn, increased fat intake can damage the pancreas of diseased animals.