Many people admire the beauty and grace of wild cats. That arouses desires: Some cat lovers would like to have such an exotic specimen in small format at home. This desire for something special forms the basis for numerous hybrid breeds. One of these is the Caracal. But breeding them is problematic.

Contents show
1 History of Caracal Breeding
2 The Hype About Wild Cat Hybrids
3 How Did the Caracal Breed Develop?
4 Appearance
5 Temperament and Attitude
6 Nutrition and Care
7 Health Problem: Why is It Difficult to Breed Caracals? 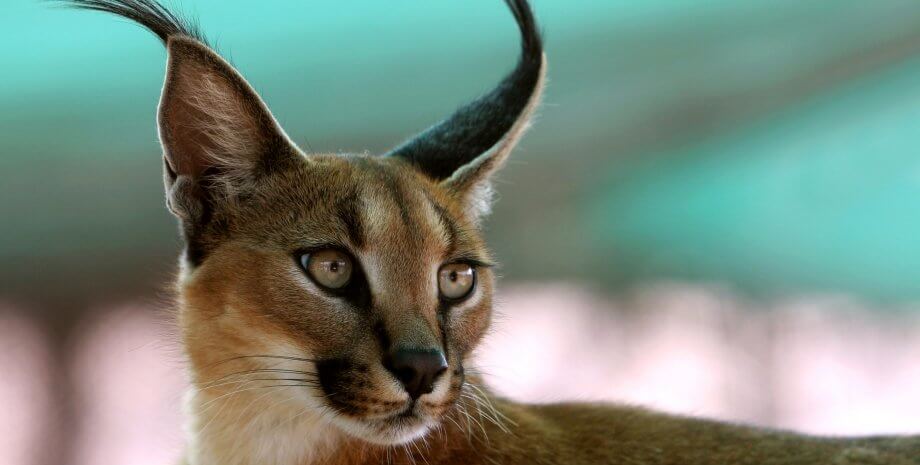 Since there is currently no targeted breeding of Caracals, let’s take a more detailed look at the history of this hybrid breed.

The Hype About Wild Cat Hybrids

Dots on their fur are one of their distinguishing features: the most famous wildcat hybrids include the Bengal and the Savannah. The Bengal cat emerged from the mating of domestic cats with wild Bengal cats in the 1970s. The Savannah, on the other hand, carries the legacy of the serval.

Both cat breeds stand out for their elongated body and exotic-looking fur. The Savannah in particular is one of the most expensive cat breeds today. Depending on the generation, enthusiasts pay high four-digit amounts for a copy. The breeders of the Caracal may have had a similar success story in mind when they went public with their animals.

Caracat: domestic cat plus caracal
Their name already reveals the wild legacy of the Caracal. It results from the crossbreeding of domestic cats with the caracal. The caracal is a big cat that weighs up to 18 kilograms and is native to western Asia, the Middle East, and Africa. Its name comes from the Turkish karakulak. Translated, this means “black ear”.

Although not related to the lynx, the caracal is also called the “desert lynx”. In some regions, people keep caracals for hunting or for bird hunting competitions. The skillful animals can jump three meters high from a standing position. Caracal cats living in captivity do not become tame either – they are anything but cuddly cats.

How Did the Caracal Breed Develop?

The idea for the Caracal comes from the land of opportunity, the USA. There, Abyssinian cats and caracals were crossed in a targeted manner. But the animals and their offspring disappeared again after a short time.

A breeding project in Europe then attracted attention around ten years ago: an association of German and Austrian “cat friends” planned to cross Maine Coon cats with the caracal. The goal was to combine the impressive appearance of the caracal with the gentle character of the great Maine Coon.

The idea caused a lot of controversies and even sparked petitions calling for the planned hybrid breed to be stopped. A little later there were disagreements within the breeding community. In 2011, the website of the “International Foundation for Wild and Hybrid Cats” launched with the project went offline. There are currently no more intensive efforts to breed Caracals.

If the breeding between caracals and house cats is successful, the appearance of the offspring is not uniform. It takes several generations before a uniform type can be achieved. This did not happen with the Caracal.

The F1 generation, i.e. the direct descendants of a caracal and a house cat, are mostly cats that are larger than average. They often have the exotic pattern of a caracal and the coveted lynx brushes. Since there is currently no targeted Caracal breeding, there is also no standard that describes the appearance of the animals.

There is another risk associated with every hybrid breed: Nobody knows which traits the parents inherit. The kittens not only inherit the look, but also the wild nature of their parents. Aggression and strong marking are factors that make life with the offspring in human care difficult. For breeders and interested parties, it is also important that wild cat hybrids up to and including the fourth generation are kept strictly in many countries.

Some people prefer to let a caracal move in directly. But in the wild, the animals have territories many kilometers in size and can hardly be kept in a species-appropriate manner in normal living conditions. Therefore, despite the outdoor enclosure, behavior problems and problems quickly arise that overwhelm the keeper. The victims are then the exotic four-legged friends, which in the best case scenario find a good home in a wildlife sanctuary.

In the wild, the caracal feeds on birds, rabbits, mice, and larger prey such as antelopes. As with every cat, meat and other components, such as the bones of the prey, are mainly on the menu. For Caracals, meat should therefore also be the main component of the diet. On the other hand, a grain containing feed is not suitable. Anyone who decides in favor of barfing, i.e. feeding raw meat, should study the matter in detail beforehand.

In addition, the Caracal does not require any special grooming. But here, too, the following applies: The condition of the coat depends on the breeds of cats that are crossed. In combination with the coat of a Maine Coon, the Caracal can make higher demands on coat care and needs regular brushing.

Health Problem: Why is It Difficult to Breed Caracals? 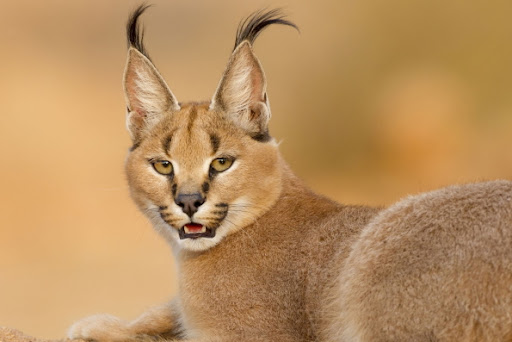 It is likely that it was not just the mixed public response that brought the Caracal efforts to a standstill. Because breeding hybrid cats involves some difficulties. Mating wild cats with inferior domestic cats can lead to injuries, among other things.

If the mating works, the carrying time causes problems: our house tigers carry an average of 63 days until the kittens see the light of day. The caracal, on the other hand, has a five to fifteen-day longer gestation period.

If a house cat gives birth to the kittens earlier, they may be immature. Puppies that are too big endanger the health of the mother cat. If, on the other hand, the wildcat carries the kittens off, there is a risk that it will offend the puppies that are, in their opinion, too small. In addition, different chromosome sets often result in infertile offspring. With this in mind, it is understandable that Caracal breeding has come to a standstill.

Real cat lovers also don’t need prestigious exotic animals. Because they know: every cat is something special and has a real personality.