Several studies have shown that dogs can be jealous too. Even petting a teddy dog is enough for their owners. Research also shows that dog jealousy is like little kids’ jealousy.

Sometimes we tend to translate our pets’ behavior into human feelings, although this may not always be the case. Research has already shown that at least dogs can be jealous like humans.

According to a study in New Zealand, the mere thought that humans might pet other dogs is enough to make four-legged friends jealous. An earlier study found that 78 percent of the dogs studied tried to push or touch their owners when they were interacting with a dummy. 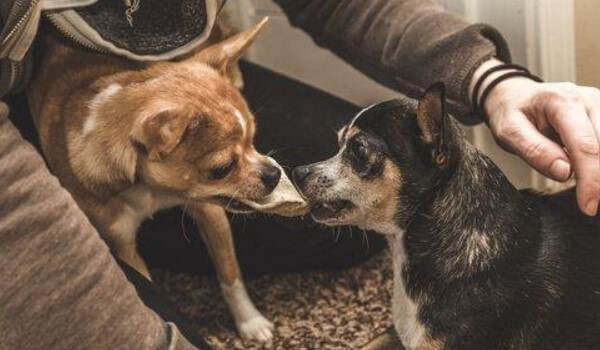 How do you know if your dog is jealous? The dogs in the studies showed behaviors such as barking, pulling on the leash, and agitation when their owners paid attention to other dogs.

According to the authors of the first study, dogs may have tried to protect their important relationships with humans by their behavior. Jealous dogs would try to sever the connection between their owners and the alleged rival.

Two studies of jealousy in dogs show some parallels with studies of six-month-old babies. They, too, showed jealousy when their mothers played with realistic dolls, but not when the mothers read the book.