Burmese is considered a lively and curious breed of cats. Cat owners should therefore ensure that there are sufficient employment opportunities, especially when keeping their apartments. In the apartment, the kitty also needs the company of a conspecific. An alternative is a free walk, which is usually unproblematic due to the breed’s easy-care coat. If you want an active and sociable cat, you can be happy with Burmese. A household with children is usually not a problem for Burma, as long as their needs are taken into account by all family members and they are not pressured. A high-scratching post is an ideal retreat here.

Burmese, which comes from what is now Myanmar, is said to have been kept there as one of 16 breeds of temple cats. Her Thai name Maeo Thong Daeng means copper cat or docile beauty. Among the monks, she is considered a lucky cat.

The first Burmese came to Europe towards the end of the 19th century but were not yet regarded as a separate breed at that time. Because of its visual similarity to the Siamese, Burmese was traded as the “Chocolate Siamese” for many years. Both breeds were often unknowingly crossed with one another.

US Navy doctor Joseph C. Thompson is said to have brought first Burma to California in 1933. Here too, cat breeders and geneticists mistakenly mistook the cat for a Siamese cat. However, it turned out that the cat named Wong Mau was a cross between a Siamese and another, hitherto unknown breed of cat. This breed was called Burmese.

Due to the intensive crossbreeding, the Burmese were soon barely distinguishable from Siamese cats. The CFA recognized the breed in 1936, but for this reason, rejected it again eleven years later. It was not until 1954 that Burmese was viewed as a separate breed again.

Since then, breeders have made it their business to perfect the breed. In 1955 the first blue kittens were born in England. This was followed by the colors cream, tortie, and red. Over the years, other color variants such as lilac were added. In the United States, some of the colors were picked up under the breed name Malayan.

Breed standards vary between the United States, Australia, New Zealand, and the United Kingdom, where Burmese is predominantly bred. In addition, Burma is often confused with Holy Burma, which, however, is a breed of cats in its own right. 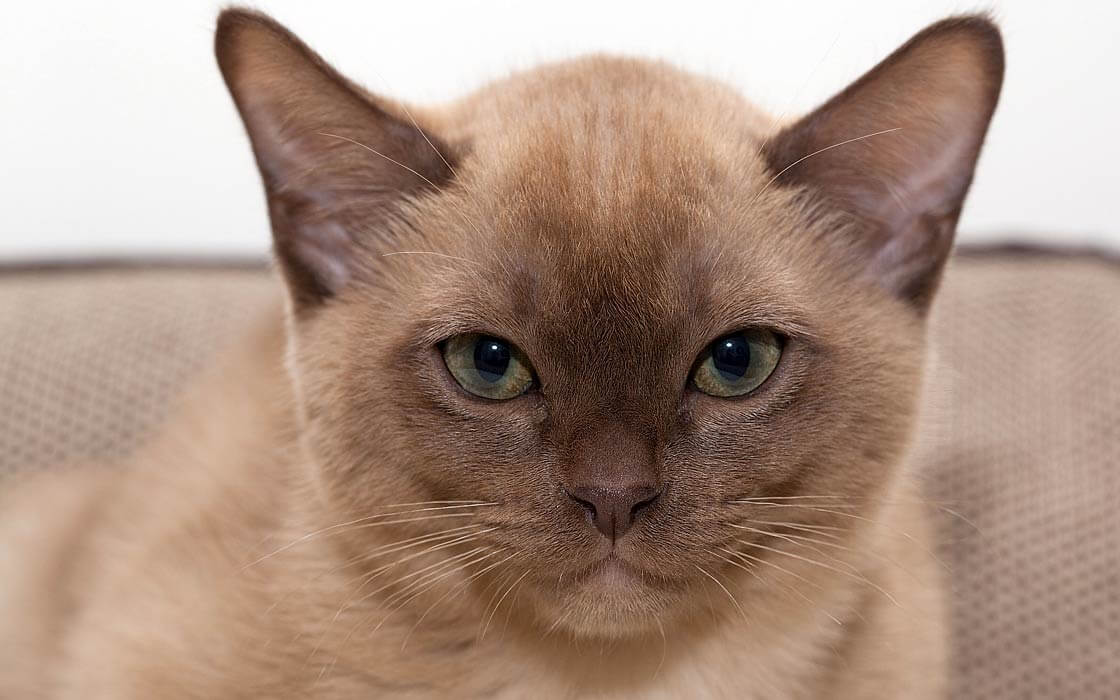 Burmese is considered a lively and intelligent breed of cats that is still playful even in adulthood. The active cat should be spirited and focused on people, but rarely pushy. She is most affectionate, but not a lap cat. If you do not do justice to her spirited nature, she loudly communicates her displeasure. In general, Burma is considered to be talkative, but it is said to have a softer voice than Siamese. 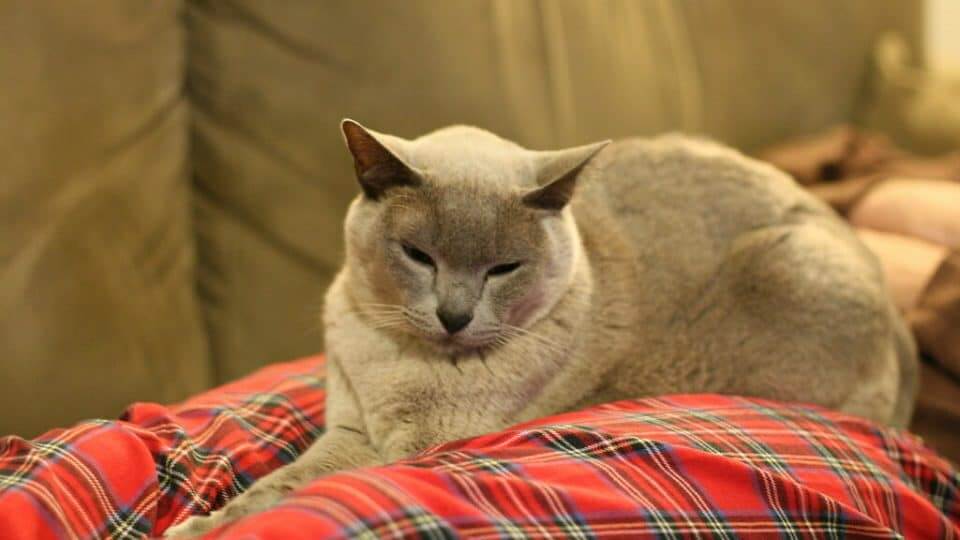 Sociable Burma is reluctant to stay alone. In the apartment, in addition to varied play and employment opportunities, she, therefore, needs a suitable cat partner with whom she can romp and cuddle. Their short fur is not considered to be particularly maintenance-intensive, so walking outdoors is not a problem. Various sources report that Burma can show territorial behavior towards other cats. However, that does not mean that it should be understood as an aggressive animal. All she knows is how to defend her territory.

The breed is considered to be long-lived and sturdy. However, there are various hereditary diseases that are said to occur more frequently in Burmese. This is, for example, congenital vestibular syndrome, which is a disease of the inner ear. If the cat shows signs of imbalance and/or numbness, both symptoms of the disease, the cat should be taken to the veterinarian. Otherwise, as with all cats, factors such as a healthy diet and regular health checks can generally have a positive effect on life expectancy, which in Burma is an average of sixteen years.