Shepherd in XXL wool, who loves to work and play sports, remains calm and confident even in stressful moments. This qualifies him as a patient family dog. You can only guess about his athletic, muscular figure under a mountain of fur, and caring for his shaggy coat requires daily effort from you. As a thank you, Bobtails will delight you with intelligence, affection, and playfulness until old age. 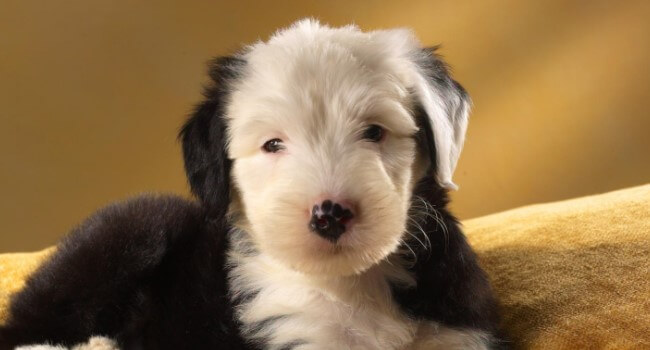 Contents show
1 One of the Oldest Dog Breed in England
2 Personality: Calmness in the Dog’s Body
3 Education & Maintenance of the Bobtail
4 Bobtail Care: Comb Once, Bathing & Blow-Dry
5 Features of the Bobtail

One of the Oldest Dog Breed in England

The Old English Sheepdog, better known as the Bobtail, is one of the oldest sheepdog breeds in England, with the first written record dating back to 1586. The absence of a tail in this breed is connected with the historical past: once farmers had to pay taxes for shepherd dogs, they took a cut vine as a receipt. Hence the name of the breed: bobtail translated from German means “trimmed tail”. Almost nothing has changed in the optical standard of the breed for more than 150 years.

Personality: Calmness in the Dog’s Body

The soft toy appearance shouldn’t hide the fact that Bobtails love to move: Bobtails can’t deny their genes as a working dog, even a popular family dog. He is agile and ready to run. However, his patient nature and innate playfulness are also shown in his loving relationships with children. The latter remains in the breed until old age. The hairy Englishman is said to have some stubbornness. A well-trained Bobtail becomes a reliable, even-tempered, and friendly family dog. Aggression or nervousness seem fundamentally alien to him, despite his instinct to protect and protect. His high IQ wants you to use him just as much as he needs to run.

Education & Maintenance of the Bobtail

Like most large dogs, the Bobtail takes about two years to grow – and not just physically. From the very beginning, attention should be paid to spiritual training and education. Because Bobtails have a lot of self-confidence, which is characteristic of a breed like a sheepdog, which is important to develop in reliable obedience. Education should be approached early and consistently, but with loving attention. A puppy playgroup or regular encounters with other four-legged friends will help you socialize your bobtail. Once the foundation stone is laid, the dog shows itself to be loyal, devoted, and connected to people. He enjoys close contact with his people and excels in cooperative sports such as agility. Thus, the canine attitude turns out to be completely unsuitable for a Bobtail. The garden is an advantage when keeping them. You should include at least two long walks a day in your program, and joint play hours complement the movement work. Because of the thick fur, the Bobtails prefer the cold season to the hot summer.

There is no doubt about it: this mountain of hair needs to be looked after – every day. This is the only way to prevent hair tangles. Therefore, it is important to accustom the animal to regular care from an early age. A natural coat makes sense for a working dog who spends hours outside in windy and bad weather. On the other hand, for housing, regular pruning is recommended to support maintenance. Dog hair is still part of the new basic equipment in your apartment. Weekly shampooing is recommended to keep the soft undercoat clean. With regular combing, it is best to move from the tail to the head.

Features of the Bobtail 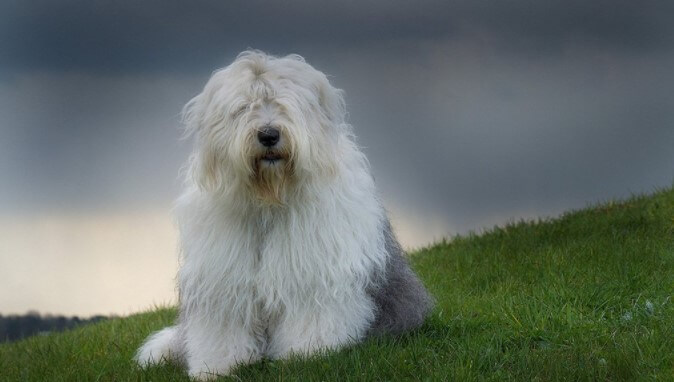 With a bodyweight of only 30 to 40 kg and a shoulder height of about 60 cm, an athlete in a fur coat is one of the lightweights. His barking is unusually sonorous and impressive. In the past, Bobtails were born with a docked or stocky tail, while modern Bobtails have both a natural bobtail and a bushy tail with thick hair. Eye color is directly related to fur color.

The very old breed has always been considered strong and resistant to wind and weather. Centuries of responsible breeding have transformed a bold and sometimes savage workaholic into a loyal and reliable humanist. Former problems such as hip dysplasia (HD) have been upstaged by controlled breeding. In rare cases, the elbows are a weak point in relation to dysplasia. Bobtails have a low predisposition to congenital deafness. Hereditary eye diseases are contained thanks to research.