The Bloodhound’s sense of smell is so keen that it can even pick up tracks several days old and up to two miles away. Find out everything about the behavior, character, activity, and exercise needs, training, and care of the Bloodhound dog breed in the profile.

These are black hounds owned by the monk Hubert from the Abbey of St. Hubert in the Ardennes. The dogs were widespread and were praised for their good nose and low vulnerability and were particularly popular for hunting. In the 11th century, William the Conqueror brought them to England, where they were referred to as bloodhounds from then on. This means something like “hound of pure blood” and is intended to emphasize purebreds. Later, Bloodhounds were also exported to the USA, where they were used, among other things, to hunt escaped slaves. 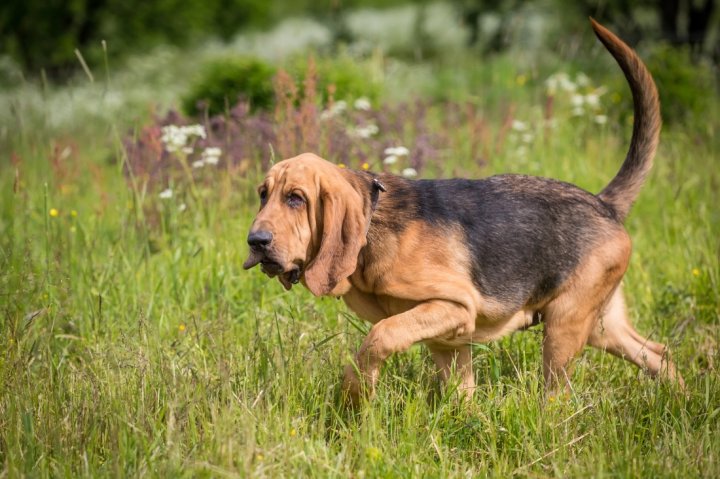 The Bloodhound immediately catches the eye with its stately size and massive physique, which appears very muscular but not overly heavy. The Bloodhound’s gait is upright through and through, giving the dog a particularly noble appearance. The skin shows wrinkles. His movements are rather slow and majestic. The head is high and narrow, the wrinkles deepening on the cheeks and forehead. The lips can be described as very loose and long, the eyes as dark brown and oval. In addition, the Bloodhound has a long neck in order to be able to pursue its task of tracking. The dog’s tail can be described as long, thick, and extremely strong, it is never curled up but is always curved. The Bloodhound’s hair is close-lying and either black and tan, buff and tan, or solid red.

The Bloodhound is an extremely calm dog that is friendly and good-natured. He is gentle in his manner and very pleasant in his dealings with people. Above all, he is fixated on his owner, otherwise, the Bloodhound can react quite stubbornly and reservedly. The Bloodhound has no problems with other dogs, and the dog can also be described as very sociable. The Bloodhound can be very touchy and sensitive.

Despite his calm nature, the Bloodhound needs enough exercise and must be challenged accordingly. Tracking work is a good idea here, as it is the breed of dog with probably the best nose of all. The Bloodhound is ideal for use in the police service or in battles, among other things. He is only in good hands in the family if he is given enough exercise, action, affection, and creativity and is brought up with gentle consistency.

Not an easy subject when you own a Bloodhound. Although this is rightly described as quiet, gentle, and sociable. However, the Bloodhound is also stubborn and very stubborn. Under certain circumstances, he reacts to commands very late or not at all, so it takes a very close bond for commands to be obeyed willingly. The Bloodhound develops ideally when the leader of the pack sets the direction.

The Bloodhound is particularly easy to care for due to its very close-fitting and short hair. He should be brushed daily, otherwise, the need for care is limited. 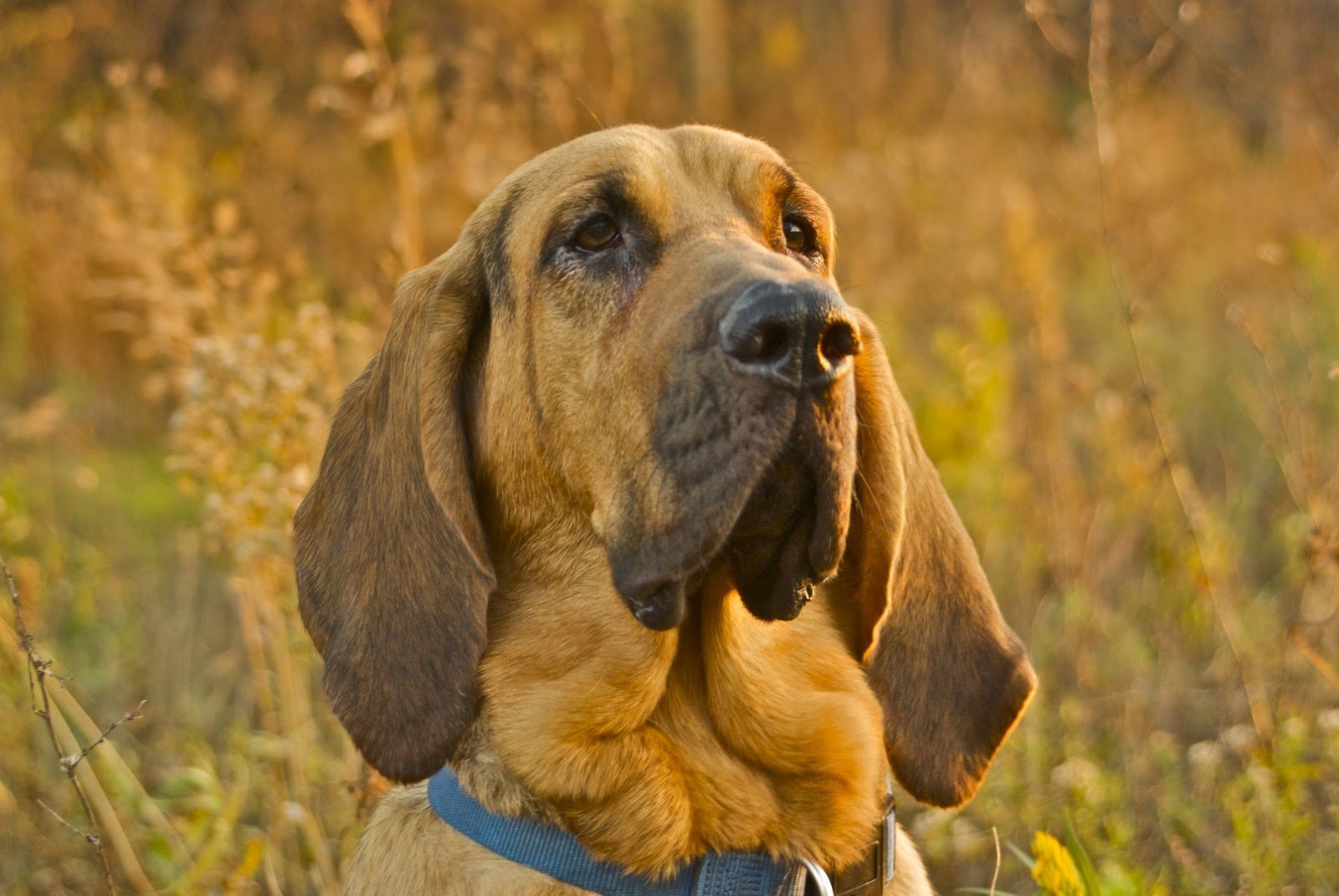 The Bloodhound’s sense of smell is so keen that it can even pick up tracks several days old and up to two miles away.