The black-headed parrot is very popular as a pet. Like the African gray parrot, it belongs to the family of real parrots. Black-headed parrots are very intelligent and therefore only suitable for beginners to a limited extent. 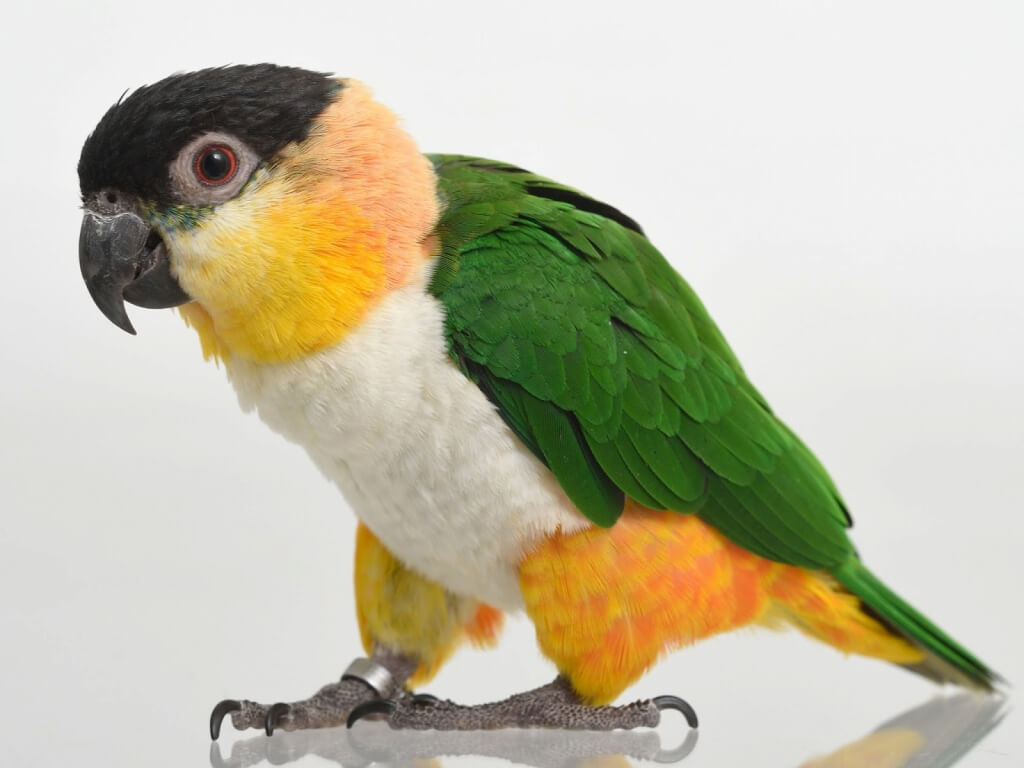 What is a Black-headed Parrot and Which Species are Differentiated?

Black-headed parrots have a life expectancy of up to 40 years. However, their lifespan is significantly shorter if they are kept as pets. Many black-headed parrots only reach an age of 25 to 30 years due to incorrect husbandry or undetected diseases.

Weight and Size of the Black-headed Parrot

Black-headed parrots are monomorphic – this means that male and female animals do not visually different from one another. Not only when breeding, but also when keeping several black-headed parrots, it is important to know whether it is a male or a female. However, this can only be determined by a DNA test or an endoscopic examination.

Reproduction of the Black-headed Parrots 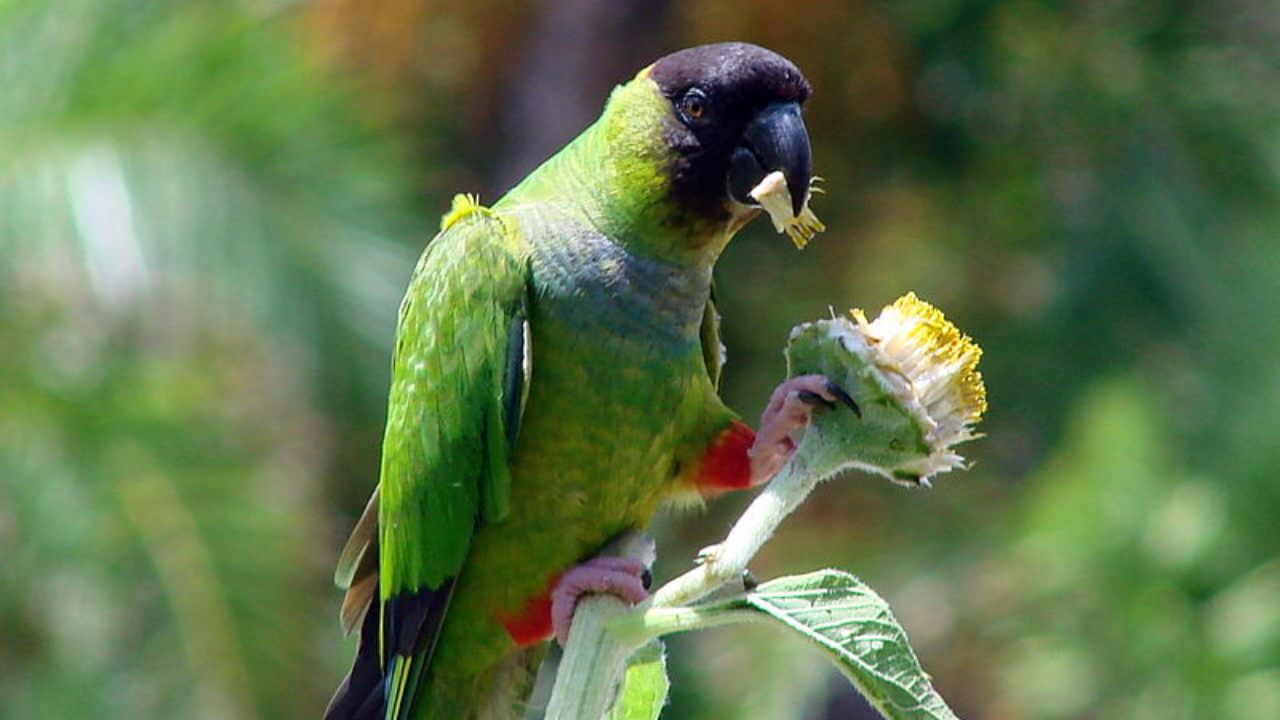 The black-headed parrots are late bloomers and reach sexual maturity at the age of two. In the wild, the parrot breeding season lasts from September to November. When kept in captivity, however, the black-headed parrots breed all year round. The first brood at the age of three is usually not yet successful. The parrots often need several attempts to raise their young.

The clutch of black-headed parrots consists of three to five eggs. The hen incubates between 25 and 28 days, sometimes even up to 30 days. The young birds leave the nest between 9 and 10 weeks of age. However, they will still be looked after by their parents afterward. The black-headed parrots are independent after about 11 to 13 weeks.

Intelligent Parrots with a Loud Voice

Like other parrots, the black-headed parrot is characterized by its high intelligence, which makes its keeping very demanding. So that the clever animals don’t get bored, you should keep the black-headed parrots sufficiently busy every day. This requires a lot of movement on the one hand and a varied environment on the other. You should also satisfy the parrots’ gnawing needs with fresh branches.

The Volume of the Black-headed Parrot

The Diet of Black-headed Parrot 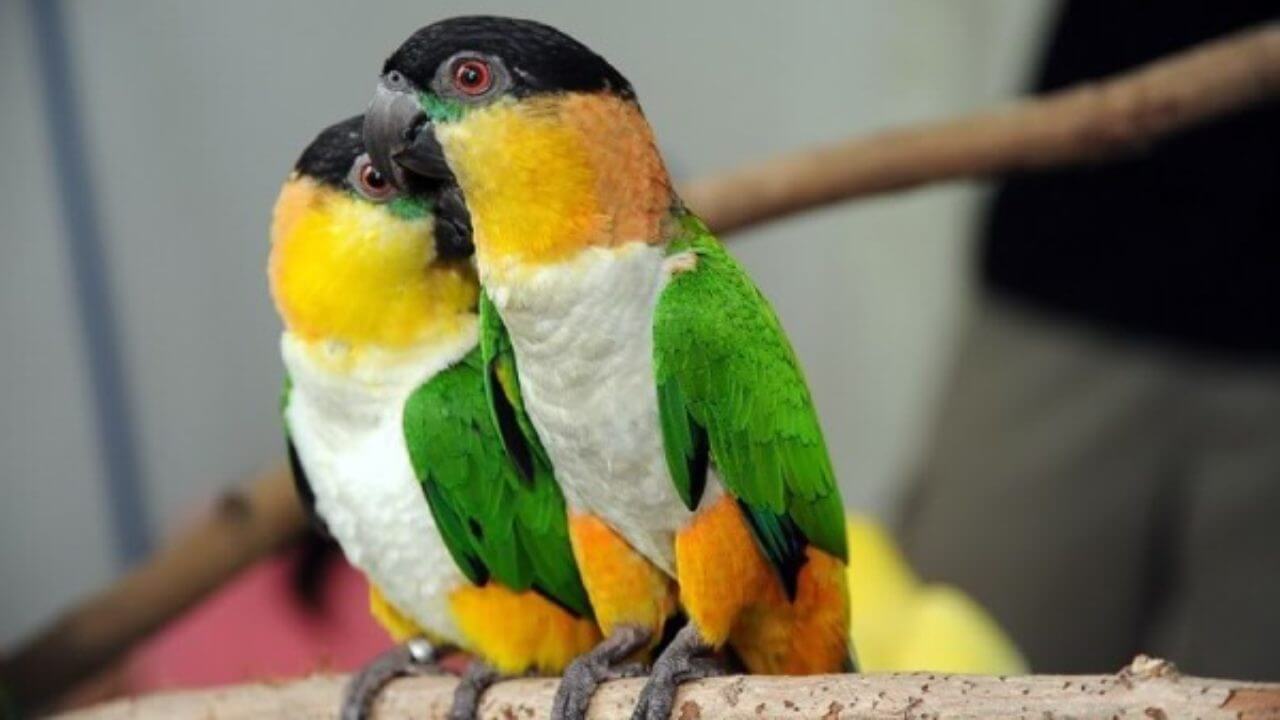 As with large parrots, black-headed parrots tend to gain weight quickly when kept in an aviary. For this reason, you should only feed grain feed to a limited extent. A feed amount of 5% of the bodyweight is recommended. Mixtures of grains that contain different seeds are well suited.

As a supplement to grain feed, fresh feed should be on the menu every day. In this way, you can prevent an unbalanced diet for the black-headed parrot. He likes to eat herbs, fruit, and vegetables such as:

Despite a balanced diet, the black-headed parrots’ diet alone is not enough as a source of calcium. Therefore, the birds should have access to mineral stones or a sepia bowl around the clock. During the moult, it is also advisable to feed additional protein and provide a food bowl with egg food.

Important! The black-headed parrot is under species protection. The private attitude is therefore not recommended. We therefore strongly advise against keeping such a parrot. If you still want to get a parrot species, you should definitely pay attention to the points we have mentioned and choose a parrot that is not an endangered or endangered species!