Black cats are considered to be particularly difficult to adopt. Many black cats stay in shelters for a remarkably long time, while cats with other fur colors are easier to adopt. We explain why this is unfortunately still the case.

They look mystical and mysterious, the night-black cats with their brighter eyes. Especially with short-haired breeds, the dark coat that flatters the body shines and envelops the animal in a healthy glow. Unfortunately, cats with this actually impressively pretty appearance have an incredibly difficult time.

Contents show
1 Black Cats Don’t Stand Much of a Chance at Shelters
2 Superstition to Blame for Poor Placement Chances?
3 Superstition Should Long Since Be Obsolete

Black Cats Don’t Stand Much of a Chance at Shelters 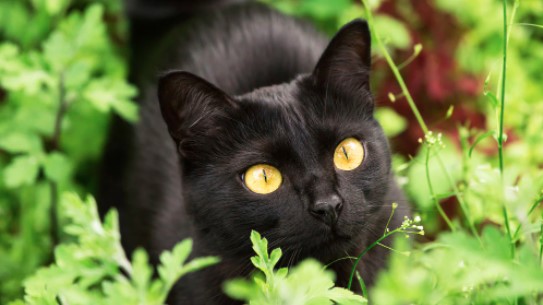 Animal rights activists point out again and again that black cats are usually the last to find a new owner. Many of them are unlucky and stay at the shelter. But why is that?

The coat color has no influence on the temperament of the animals. So black cats are no more aggressive or malicious than their more popular russet, gray, white, bi-, and tri-color counterparts. Even cats in black and white have it harder.

Presumably, the reluctance to adopt a black cat is still related to superstitions dating back to the Middle Ages. To this day, for example, the idea persists that black cats crossing the street from left to right in front of you are harbingers of bad luck.

The originally so popular mouse catchers were suddenly demonized as pagan creatures in the Middle Ages, and also by Christianity. Anyone who had a cat ran the risk of being perceived as a witch and being burned. Black was and is the symbolic color of death and mourning. Very religious or very superstitious people deliberately avoided black cats.

Superstition Should Long Since Be Obsolete 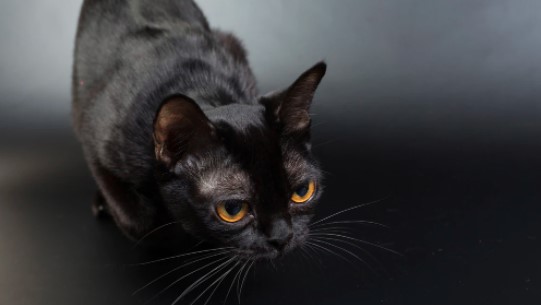 However, it is more than regrettable that even today a coat color is said to be the reason why countless black cats have to endure a life in homes. That’s what’s really frightening – and not the adorable black cat that strokes and purrs around your legs in the animal shelter. Maybe you would give a black cat a chance and take it in with you?