With the bitterling barb, a peaceful, small, attractive-looking aquarium fish has introduced a good 80 years ago, which soon became a standard in aquariums. Even today it is still part of the standard range of pet supplies. 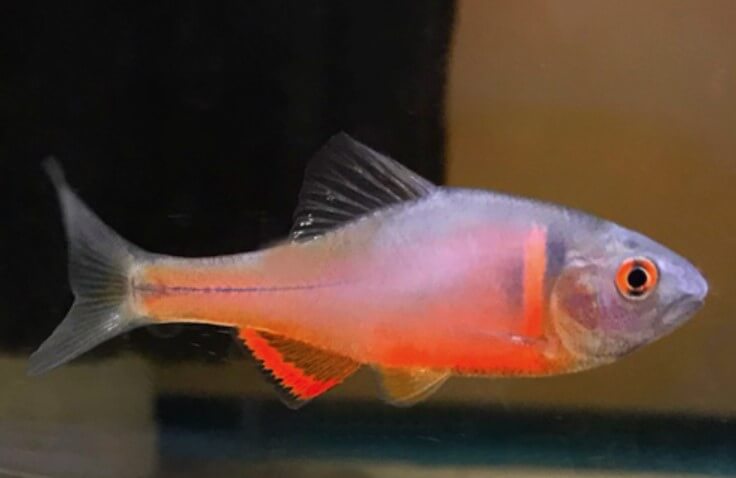 Interesting Facts About the Bitterling Barb

The maximum length is 5 cm. Males and females are about the same size.

The whole body is more or less bright red, in younger specimens only beige. From the mouth through the eye to the end of the caudal fin there is a dark brown, roughly pupil-sized stripe that is barely visible in colored animals. Above it is an equally wide, mostly barely visible, lighter stripe. The back of the only slightly red specimens is clearly darker than the belly. All fins are also reddish.

West of Sri Lanka, in slow-flowing rainforest streams and lowland rivers, not too far from the capital Colombo.

Females are noticeably fuller and always paler than males. In courtship mood, the males are almost crimson, including their fins. Outside of the courtship season, the females can only be colored red on their fins, like the young. As such, the sexes are difficult to distinguish.

A couple that has been well fed for several days is placed in a small aquarium (from 15 L) with spawning rust or fine plants (moss) on the substrate and soft and slightly acidic water at around 25 ° C. The fish should spawn after two days at the latest. Up to 300 eggs can be released per female. The larvae hatch after about a day and swim free after another three days. They can be fed with newly hatched Artemia nauplii right away.

The bitterling barb is about five years old.

Bitterling barbs are omnivores. It can be based on flake food or granules that are served daily. Live or frozen food should also be served once or twice a week.

Even if the males can be a bit quarrelsome with one another, no fewer than six specimens (ideally an equal number of males and females) should be kept.

An aquarium for these relatively calm barbels should have a volume of at least 54 L (60 cm edge length).

Partially dense vegetation and some hiding places made of wood or leaves are important. With so much coverage, the bitterling barbs are not very shy and can usually be seen all day. Since the small fish love to swim, there should be enough free space in addition to the hiding places.

In the presence of much larger fish, the bitterling barbs quickly become shy, but otherwise, they can be socialized with almost all other peaceful fish. If the larger fish – such as gourami – tend to colonize the upper areas of the basin, this hardly affects the behavior of the bitterling barbel. 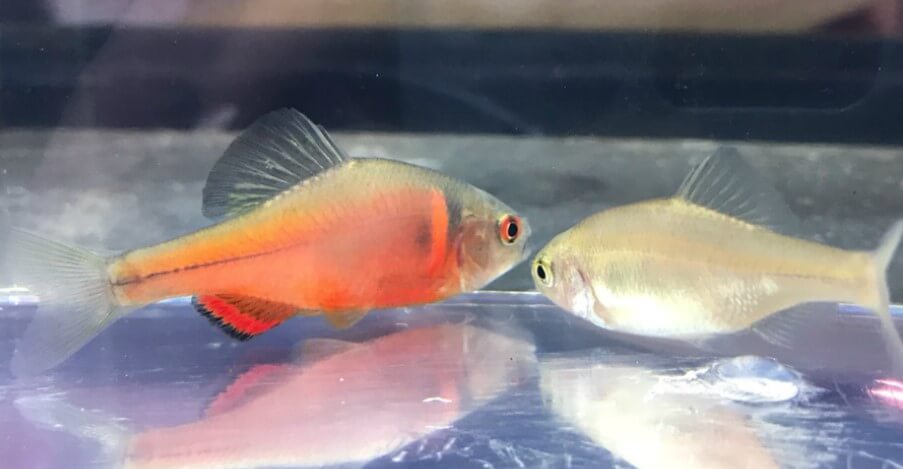