You probably know the most famous Beagles in the world: Snoopy is an ace aviator in his kennel. His real relatives are considered examples of good nature and philanthropy, but also stubbornness. Their temperament makes Spotted Beagles ideal family dogs, especially if there are small children or babies in the home. 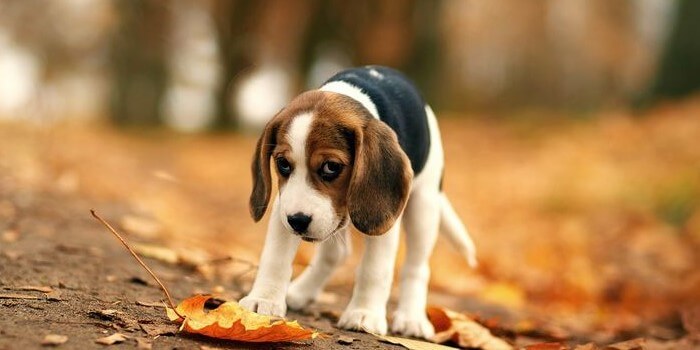 Heyday at the Tudor Court

The origins of the breed can be traced back to ancient times. The first written references to beagles were in Tudor England. Large packs of animals, originally bred as sled and drag dogs, were kept at the royal court. They were mainly used for hunting rabbits. The Beagle has been officially recognized as a separate breed of dog since 1890. According to the current breed standard, the size of a Beagle is between 33 and 40 centimeters at the withers. Early breeding forms were much smaller: the dogs had to fit in a saddlebag.

The Beagle is a very sociable, sweet, and peaceful dog that rarely shows aggressive behavior towards people and is friendly even with strangers. This denies him the right to use him as a ferocious guard dog: the Beagle is simply too good (and spoiled) to be formidable.

Nevertheless, Beagles have unshakable self-confidence and some stubbornness. This stems from their ability to find solutions to problems on their own. Beagles bond closely with their people. A slight weakness of his character is his gluttony: if the opportunity to steal his mouth presents itself, the beagle will not miss it with all innocence.

Communication and exercise are the most important factors in Beagle ownership. Beagles need plenty of stimulation and exercise to let off steam. He just suits long walks in places with exciting fragrant trails. Once on the trail, the Beagle will not be easy to stop and will point you in the direction, because sniffing is in his blood. For this reason, the Beagle is also used as a professional nose today.

Due to its small size, it can be kept indoors, but a house with a garden is much better suited. However, the garden must be escape-proof. Low fences are not a hindrance for a Beagle on the trail of a neighbor’s cat – if necessary, he will dig his way to freedom. Avoid boredom so that your four-legged friend does not even have stupid ideas. 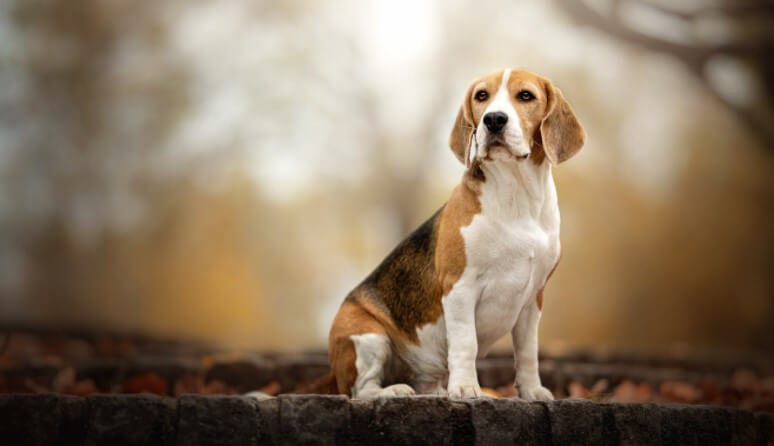 Despite all the softness, the Beagle is not a beginner’s dog: the nature of the dog always shows the nature of a working and hunting dog, so when training you should bring experience, assertiveness, and a lot of patience with you. The most important lesson: the dog must be available, quickly respond to his name and return to you when you want it, no matter how strong the smell.

While the Beagle’s short coat is undemanding and can be handled with occasional brushing and dog shampoo when necessary, you should pay special attention to ear care. Hanging ears are prone to inflammation.

Also, pay attention to the slenderness of your Beagle: the ever-hungry four-legged friend is prone to fullness, which must be compensated for with sufficient exercise. Depending on the size of the dog, an adult Beagle weighs between 10 and 18 kg. Also, check nails regularly and trim them if necessary. Beagles can live up to 15 years.