Unmistakably – anyone who has ever seen a Basset Hound will always recognize this breed of dog. Short-legged, clumsy-looking hounds are twice as long as they are tall. There is a great risk of underestimating them – after all, these powerful dogs are passionate hunters. Basset Hounds, who love children, are demanding and are still popular family dogs today due to their sweet nature. 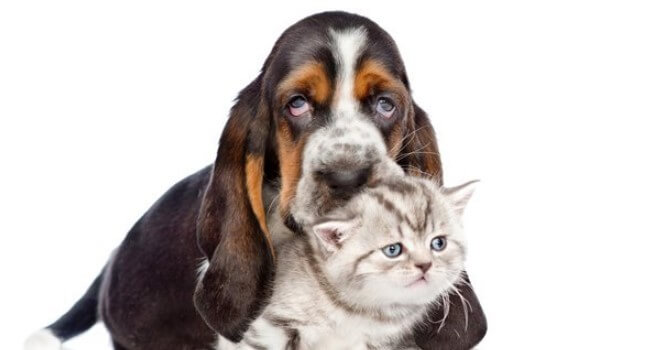 Hunting Dog with a Long Tradition

According to historians, the Basset Hound originated in French monasteries. From there he came to Scotland with King James IV in the 15th century. Impressive pack hunting hounds even feature in Shakespeare’s A Midsummer Night’s Dream. Initially, the Basset Hound was used mainly for hunting badgers but soon began to be used as a pack dog. The breed was very popular among the English nobility. During the interwar period, the Basset Hound was briefly threatened with extinction. Currently considered one of the most famous dog breeds in the world.

At first glance, the Basset Hound seems like a cozy, comfortable guy who loves to snore next to the fireplace or on the couch. At home, the Basset is actually one of the calmest, most docile, and sweet dogs with little potential for a guard, defense, or aggression. The Englishman often accepts small animals and cats in his two- and four-legged flock. On the outside, however, a genetically deeply rooted hunting instinct emerges. Bassets are tough, persistent, and motivated hunters. They follow the recorded trail without interruption and without paying attention to the calling owners. Therefore, they say that strong hunting dogs with impressive barks have a certain stubbornness. They have a rather weak desire to please, so they are difficult to train.

As adorable as these dogs are, they can ignore owner announcements. Many owners report prolonged toilet training. The best way to train them is by bribery because Bassets are considered to be extremely greedy. Bred as a pack dog, this breed of hunting dog is used to living and working in packs. The Basset Hound does not like to be left alone and will occasionally express its displeasure with intense barking, destroying objects, or even urinating around the house. On the other hand, if the game is seen or there is an interesting trail, a passionate hunter is always ready to set off on his own. 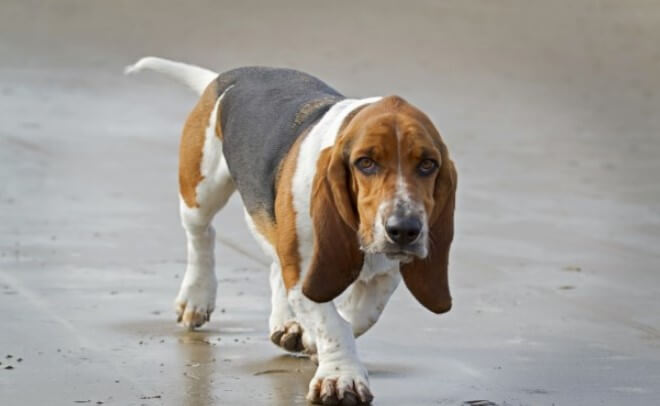 In general, the Basset Hound makes high demands on its owner. From the day he moves in, he needs a clear line, breed-appropriate upbringing, and use. The Basset Hound is not enthusiastic about most dog sports. However, he can take full advantage of the power of his nose when walking or in hidden object games.

The short and strong coat of the Basset Hound is easy to care for. Periodic brushing reduces shedding in the home and strengthens the bond between people and pets. Checking the ears is especially important: fungal infections develop easily under long floppy ears. Ears should always be dry and clean.

Basset Hounds have been over-breeding in recent decades. His short, crooked legs, which barely support an overly long, massive body, are often standard. In addition, the ears often drag the ground. The result is a high predisposition to diseases of the eyes, ears, skin, and back. Dogs from a respected temperate breed have the best chance of living up to 12 years without these ailments.