The Basenji is native to Africa. The hard life shaped the character of the dog. He is characterized by intelligence, self-confidence, and independence. Basenji does not know submission. Although they bond closely with their people, Basenjis are not easy to train. 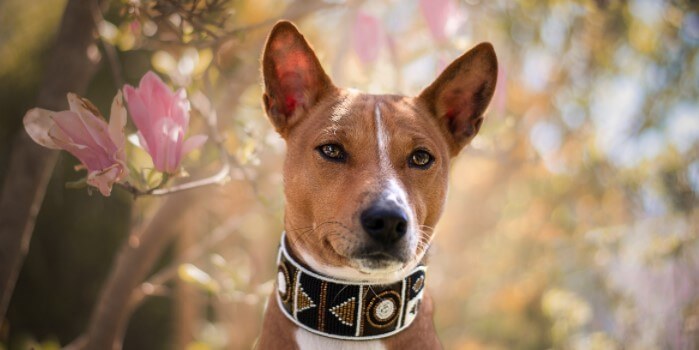 The Basenji is a wonderful dog in every way. Even the appearance is extraordinary. His thoughtful forehead is wrinkled, he wears a tail curled up on his back. His gaze is incomprehensible. Some African nomads also refer to the Basenji as the “talking dog”: its communication is not barking, sounds reminiscent of yodeling, sighing, or laughing. The Basenji is extremely clean, and its cleaning behavior resembles that of a cat – as, by the way, does its desire for independence. Females, like wolves, only go into heat once a year.

The breed has probably lived with humans in Africa for many thousands of years. It is believed that it originated from the Egyptian Tesem. This Greyhound-like dog with a curly tail and erect ears was already known in the 4th century BC. In 1870, the British discovered the Basenji in Africa. The name means something like “small wild creature from the bushes”.

Official recognition by the International Cynological Federation took place in 1964. In Germany, the breed is extremely rare. The 1st Basenji Club, which has been taking care of the breed in Germany since 1977, has a total of about 20 breeders. The height of the dog is from 40 to 43 centimeters. The body is delicate and almost square. Basenjis are bred in a variety of colors.

Characteristics & Personality of the Basenji

The hard life in Africa shaped the character of the animal. There he had to largely fend for himself, which made him an agile hunter. Although he is very closely connected with his people, obedience and submission are not his forte. He is strong, mentally, and physically strong. Basenjis are extremely willing to run. Smart dogs need adequate mental exercise. In the apartment, he is calm and relaxed, but always carefully observes the surroundings. 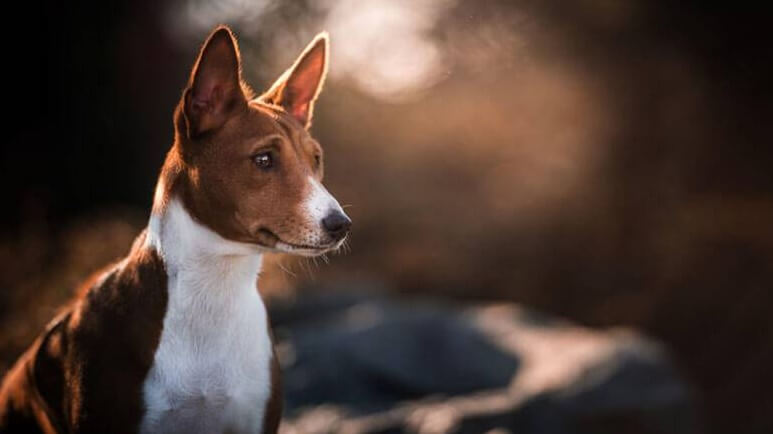 Do you already have experience with dogs and are you looking for a real challenge? Then you have come to the right place in Basenji. The breed is not considered easy to train as the dog has a lot of independence and a lot of self-confidence. You must be consistent, patient, cunning, empathetic, understanding, and determined in your work. He is mobile and needs sufficient physical activity. Good to know: Basenjis are allowed to take part in dog racing at hippodromes and coursing fields.

The short, shiny, and fine coats are very easy to care for. And most importantly, the basenji does some of the work for you, avoiding water holes and almost does not smell.

Basenji is considered a strong dog. It is known that diseases of the gastrointestinal tract, inguinal and umbilical hernias, cataracts (cataracts), and coloboma (the formation of a cleft in the eye), as well as Fanconi syndrome (urinary tract diseases), are genetically determined. So look for a reputable breeder for your Basenji offspring.