The barn owl is one of the most widespread owls in the world: it lives on five continents.

Barn owls have the typical appearance of owls: the eyes on their round head look forward and are not on the side of the head like in other birds. They can be distinguished from all other owls by their typical, heart-shaped, white markings on the face, the so-called face veil.

Barn owls are 33 to 35 centimeters long and weigh between 300 and 350 grams. The wingspan is 85 to 95 centimeters. The females are slightly larger than the males. Their back is colored golden brown, the underside is rusty brown to white. Their entire plumage is covered with veil-like dark dots. The beak is yellowish to grey-white. Barn owls have long, pointed wings that extend several inches beyond their tails when perched – an indication that barn owls hunt in the wild.

Other forest owls, on the other hand, have short, rounded wings. Because of these characteristics, which distinguish them from the rest of the owls, the scientists have classified the barn owls in their own family, the Tytonidae. 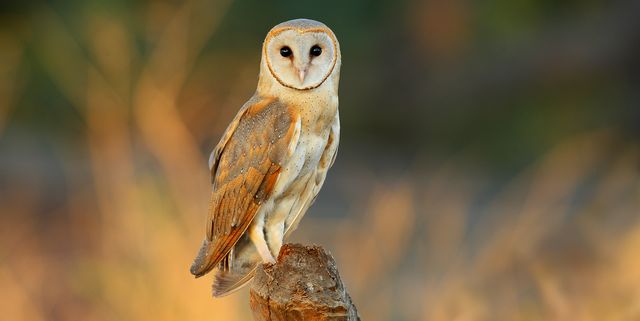 Where do barn owls live?

Barn owls are found in Europe, Asia, North America, Africa, and Australia. They live on all continents and on many islands in the oceans. There they mainly inhabit areas with a mild climate. Only the polar regions of the Arctic and Antarctica have not been conquered.

Barn owls mainly live in rocky regions. However, since they are so-called “cultural followers”, they also stay in human settlements and colonize barns, towers, and old buildings there. Sometimes they even live as subtenants in pigeon lofts.

What barn owl species are there?

There are nine species and 36 subspecies of barn owl worldwide.

How old do barn owls get?

Barn owls live quite a long time: they can live up to 15 to 20 years. However, there are only a few individual animals that reach such a high age. Most are just four years old.

How do barn owls live?

At night the barn owls wake up and go hunting. Then they fly to fields and pastures, where they mainly hunt field mice and shrews, sometimes also other birds or amphibians and insects. Barn owls hunt between dusk and midnight and two hours before dawn.

During the day the animals rest and sit on their resting place. If they feel threatened, they sit motionlessly and pinch their faces together so that their large eyes cannot be seen. Although barn owls live on all continents, they prefer regions with a mild climate. This is because they cannot eat up fat deposits. In cold winters it can happen that up to 90 percent of the animals in a herd die. If they survive, they are often too weakened to breed after harsh winters.

Barn owls live in monogamy. Once a male and a female have found each other, they will mate every year for the rest of their lives. Outside the breeding season, barn owls are solitary and live alone. Unlike other owls, barn owls can express moods with their facial markings: they show anger, fear, or astonishment and even make real faces.

Friends and foes of barn owls

Aside from predators, a scarce supply of food is the barn owl’s greatest enemy: in years when there are few mice, many of these owls starve to death. Many are also run over by cars while hunting low-level on roads.

How do barn owls reproduce?

Barn owls become sexually mature at about one year old. The breeding season for barn owls is in spring. Beginning in February, the males make horrible screeching noises to attract their female’s affection. Before mating, the male presents the female with a dead mouse and shows her the breeding ground.

From April or May the females usually lay four to seven, sometimes even twelve, white eggs on the bare ground of their nesting site. They don’t build a nest. Often the eggs are not laid all at once, but several days apart. However, because the female starts incubating immediately after laying the first egg, the young hatch a few days apart and are not exactly the same age. The age difference can be up to two weeks. 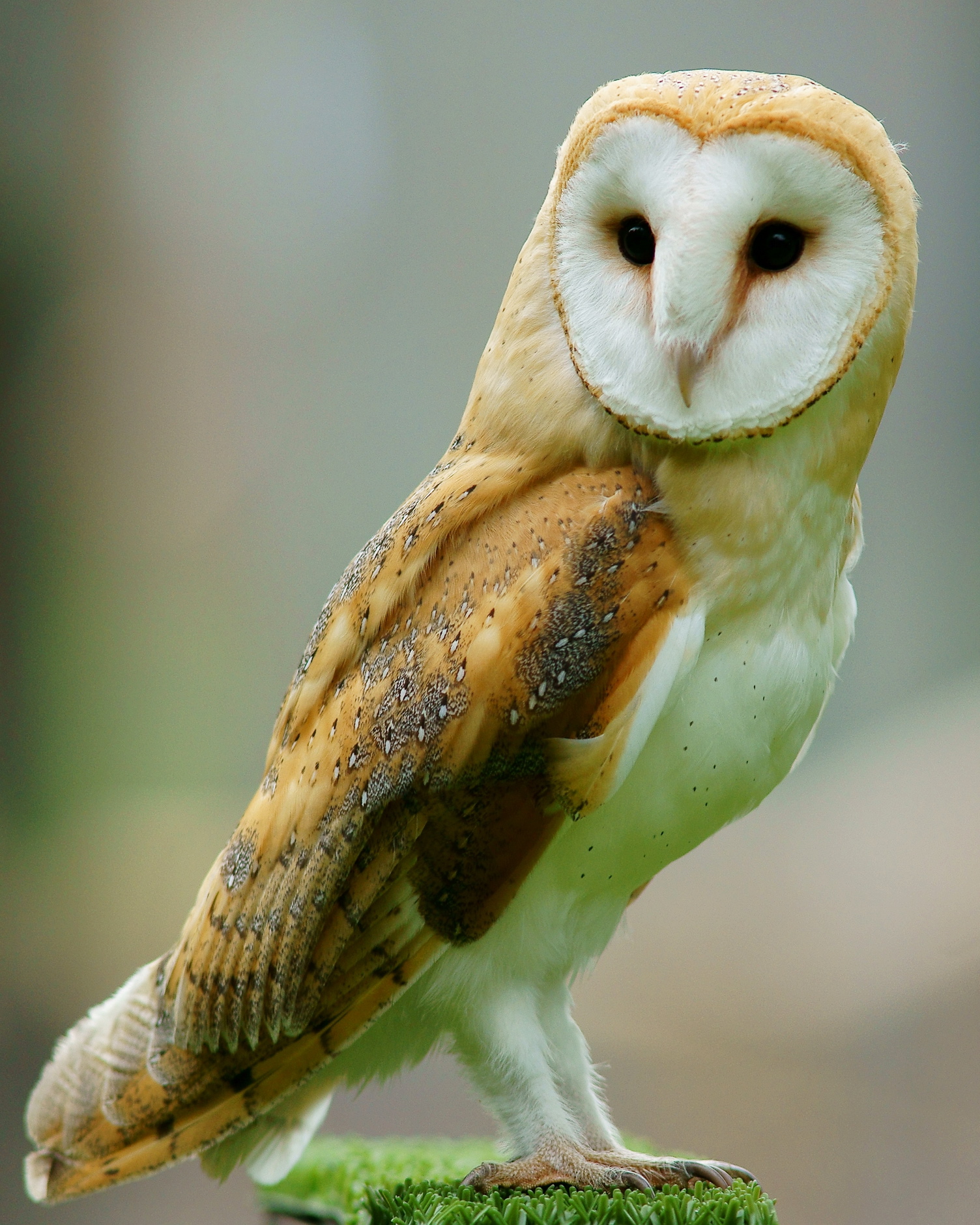 Between oviposition and hatching there are about 30 to 32 days. In the first week, the female incubates and the male brings in food. After that, both parents take turns.

During this time, a pair of barn owls with their young need about 100 mice per month. In years when food is plentiful, all the young make it through. When food is scarce, however, the younger siblings tend to die, losing to the older, stronger young in the scramble for food.

While this may seem cruel, it ensures that at least two or three young birds are fed enough and are strong enough to survive. Young barn owls fledge at about 60 days and ten weeks later the little owls are independent.

How do barn owls hunt?

Barn owls are excellent hunters. Their eyes can perceive movements on the ground in particular and can see well, especially in the dark. They also hear very well and pick up their prey’s slightest movement. Mice can still hear them under eight centimeters of snow. Once a barn owl has spotted a prey animal, it hovers silently down on its victim and grabs it with its long claws.