Barbet is not the only purebred dog with a “beard” around the muzzle, but it is certainly one of the most distinctive. In addition, the lively Frenchie is considered a true “water rat” – a weak point deeply rooted in the history of his breed. The four-legged friends have specialized in waterfowl hunting for centuries. Today, bearded fur noses inspire 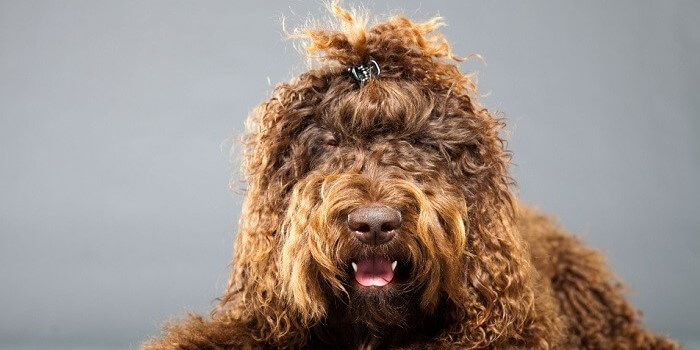 The exact origin of the French dog breed known today as the “Barbet” has not been clarified in great detail. It is considered likely that the predecessors of the water dog came to the Iberian Peninsula with the Moors as early as the 6th century. It is possible, however, that it was the Portuguese navigators who brought with them the ancestors of the Barbet from voyages in Scandinavia or Russia.

In any case, written sources indicate the appearance in Portugal of a dog similar to the Barbets, which spread throughout Europe during the late Middle Ages. Obviously, the traits that these dogs brought with them were in high demand everywhere. Since the 16th century, the name Barbet has been known from French documents and has become common knowledge. Where water hunting was practiced in Europe, the Barbet was part of the game. At the same time, it was used as a watchdog in the countryside.

What has made the Barbet so popular is its superior ability to capture and hunt waterfowl such as ducks and geese. Being a fearless and agile swimmer, this dog safely brings dead birds to the shore or unerringly tracks them into the shelter of coastal vegetation.

The popularity of the Barbet declined towards the end of the 19th century. However, the FCI (Federation Cynologique Internationale) officially recognized the Barbet as a dog breed in its own right back in 1954. However, interest in preserving the breed was revived only in the 1970s. However, at first, it was not possible to agree on uniform size standards, and Poodles were crossed with them in a false way.

In the meantime, the FCI breed standard has been revised several times, with the most recent version dating back to 2006. Currently, the four-legged friend with the characteristic fur on the muzzle is widely distributed as a family dog, especially in Europe and North America.

The Barbet is considered to be a very friendly dog. Thanks to its peaceful nature, it was able to establish itself as a popular family dog but is still used as a hunting and working dog. Due to its human nature, the fur nose does not tolerate loneliness well.

Barbet is friendly and affectionate with its owners. He meets strangers without aggression, but usually with the right distance until he appreciates the person. Shaggy four-legged friends are very fond of children and (provided they are well socialized) also get along well with other pets. However, you must keep in mind that the Barbet is a hunting dog with the right instincts.

In addition, the Barbet turns out to be an intelligent and inquisitive dog that likes to poke its bearded nose everywhere. Everything unknown is explored in detail. However, it would never occur to him to deliberately provoke a confrontation with you or act in his own way: the dog is too interested in giving you pleasure for this.

This does not mean, however, that the Barbet is absolutely obedient in everything. He relies on quick wit: a four-legged friend notices inconsistent behavior or insecurity on your part and knows how to use such weaknesses to his advantage with great charm. Thus, their training requires loving rigor and positive reinforcement, but not harshness. The latter can damage the trusting relationship between you and your dog.

The Barbet is considered an uncomplicated dog, suitable for dog lovers with little experience. He is outgoing and affectionate, although he tends to fixate on a particular figure of affection in the family pack. Because of its eagerness to learn and its pronounced “will to please” (i.e. desire to please), the Barbet is easy to train. He also learns little tricks quickly.

If there is one thing that a Barbet loves (almost) as much as a person, it is water. It is ideal if you offer your dog an environment where he is in his element, such as an accessible pond. On land, he also shows his unmistakable hunting dog character: he loves to rummage and sniff around with interest. Search games and tracking work are especially suitable to keep him occupied according to the view. In addition, dog sports are a good activity for mobile four-legged friends.

In addition, the Barbet is absolutely weather-resistant and is a true outdoor dog. As an owner, you should not be sensitive to the weather, long daily walks are essential.
If you give him enough exercise and opportunities to work, an uncomplicated dog can also become a roommate in a large apartment. However, it would be better if he had access to a secure garden or property all day long. However, keeping them in a kennel is categorically out of the question: the Barbet needs close contact with its family flock. 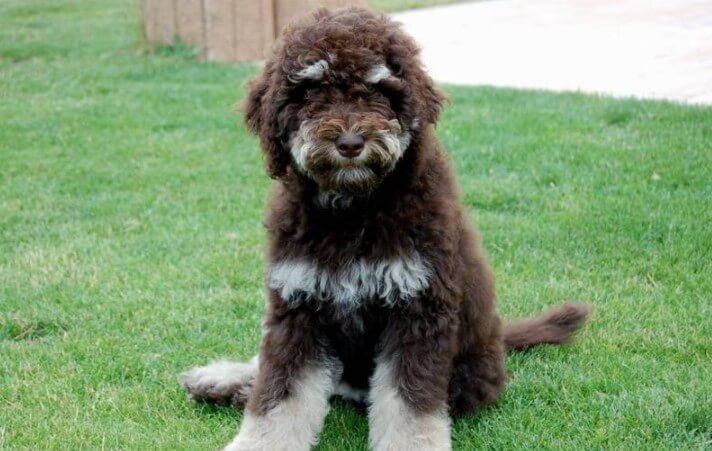 The term “fur” does not adequately describe the special hairstyle of the Barbet: it is rather an insulating “protective suit”, thanks to which the dog can swim even in icy water. The hair is fluffy, curly, and forms plaits. Accordingly, a little more effort is required to care for the dog. Daily combing with a wide-toothed comb and brush is essential to maintain some elemental order in the “hairstyle” and remove what is stuck in it when walking in nature.

Especially in the hot season, you will have to trim your beard regularly – this task, if necessary, you can delegate to a professional groomer. It is also important to keep the fur in the ears short so that the ear canal is ventilated and inflammation does not occur.

The most striking feature of the Barbet, which distinguishes it from other breeds with thick curly fur, is the long beard and mustache, to which it also owes its name: “Barbe” in French means “beard”. Due to its coat texture, the Barbet is one of the dog breeds that does not shed – unfortunately, this is not a cure-all for people with animal dander allergies. The Barbet is considered the ancestor of the Poodle and has been shown to have influenced the development of other gun dog breeds, including the Pointer Poodle and the Irish Cotton Spaniel. The close relationship between the French Barbet and the Spanish and Portuguese Water Dog is unmistakable.