The Austrian Pinscher is one of the endangered dog breeds, only a few breeders are still trying to save this very original dog. Cute medium-sized furry friends are real all-rounders and a real find for active people who like to be outdoors often. Take a closer look at these smart and alert dogs – maybe the Austrian Pinscher is right for you!

It is difficult to know how long the ancestors of the Austrian Pinscher were with humans: there are indications that the ancestors of today’s Pinscher accompanied the farmers of Lower Austria in their daily lives over 4,000 years ago. They were not specially bred but were selected in the first place, taking into account their working characteristics and character. The breed of dog that has grown out of this is very original in body structure, compact, medium in size strong in coat, and faithful in dealing with its people. Their duties on the home farm included hunting rats and mice, as well as guarding the farm and livestock. In the past few centuries, thrifty farm dogs were crossed with other breeds until a stable population formed in the early 20th century.

Nature of the Austrian Pinscher

As a companion dog and farmer, the Austrian Pinscher had to be frugal, weather tolerant, and loyal. It was customary to keep the dog in a barn or yard so that it could do its most important job: guarding. He is considered to be extremely vigilant and almost incorruptible. Every visitor, whether friend or foe, is announced loudly.

Its legendary incorruptibility is mostly due to the fact that as an adult dog of this breed there is little she can do with strangers. Only his family is important, but friends and acquaintances are no longer part of the main pack. As much as he loves his people, he makes it clear to the visitors that he would like them to leave again. He will be noisy but not usually aggressive if you have properly socialized and trained him.

He shows such behavior not only in relation to people but also in relation to unfamiliar dogs. Adult animals are often considered incompatible and not suitable for visiting a dog park. Given this behavior, it becomes clear why the breed is still recommended for people with a large garden or, even better, a secluded yard. The Austrian Pinscher is considered to be inactive and has no pronounced hunting instincts, except for mice and rats. On the other hand, the faithful Pinscher behaves very gently with his family. If he has enough physical and mental activity, he will seem to you at home as a quiet, likable roommate. Even with small children in the house, the Austrian Pinscher gets along without any problems if the basic upbringing is correct and he knows his place in the family.

Smart Austrians are extremely obedient and smart. You learn quickly and steadily—not just the desired behavior, unfortunately. Her job as a farm dog was to act independently and make decisions. If your announcement is not made, your dog is still ready to take the lead today. Therefore, when training, it is important to convey to the dog from the very beginning with the help of a calm sequence that you know what you are doing. The more confident you are in communicating with your Austrian Pinscher – calm, uninhibited, and self-confident – the better he will pick up and bring your announcements to life. 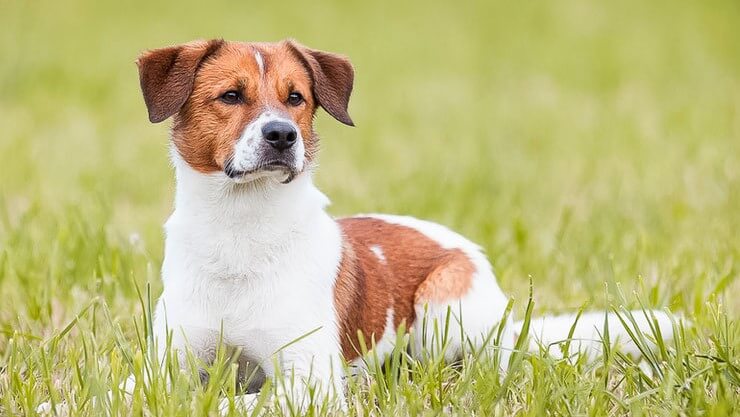 The optimal workload for these dogs is active guarding combined with plenty of exercises. Long walks, cycling, or horseback riding – if you keep the Austrian Pinscher in motion, you help him relax during rest periods. Favorable activity without constant contact with other people’s dogs. From an early age, you should teach your Compact Pinscher to turn towards you for dog contact. So from the very beginning, reward every glance from the other dog to you.

Being alone with the Austrian Pinscher turns out to be easy if he is allowed to do his job and guard the house at this time. Access to a well-fenced yard, or at least a floor-to-ceiling window from where it can see as much as possible, suits an inquisitive and alert Pinscher.

The coat of the Austrian Pinscher can be of different colors and textures: from short to hard to medium length, all variants are allowed. The topcoat should be thick and smooth, the undercoat short and fluffy. Thus, the pinscher is well protected from cold and rain. Maintenance is simple: comb the coat regularly and thoroughly at least once a week. Also check eyes, ears, and nails for possible injuries.

Endowed with a certain “farming savvy”, Austrian Pinschers best care for inexperienced hands. Country life – away from other dogs, busy streets, and crowds of passers-by – is the best form of housing for this dog breed. They are not in particularly good hands in a small city apartment with few opportunities for exercise. Here you need a lot of time to train this dog regularly according to the species.

The originality of the breed ensures the good health of animals, with a life expectancy of up to 15 years, medium-sized dogs prove an excellent physique. They usually remain active, and naturally, alert into old age.