Extatosoma tiaratum, the Australian ghost insect, is probably one of the most common insects kept in terrariums. It is presumably a ghost bug from the very beginning, which was successfully reproduced in Europe. The bizarre appearance and the simple housing conditions make her a fascinating as well as a grateful carer who can give you a lot of joy. 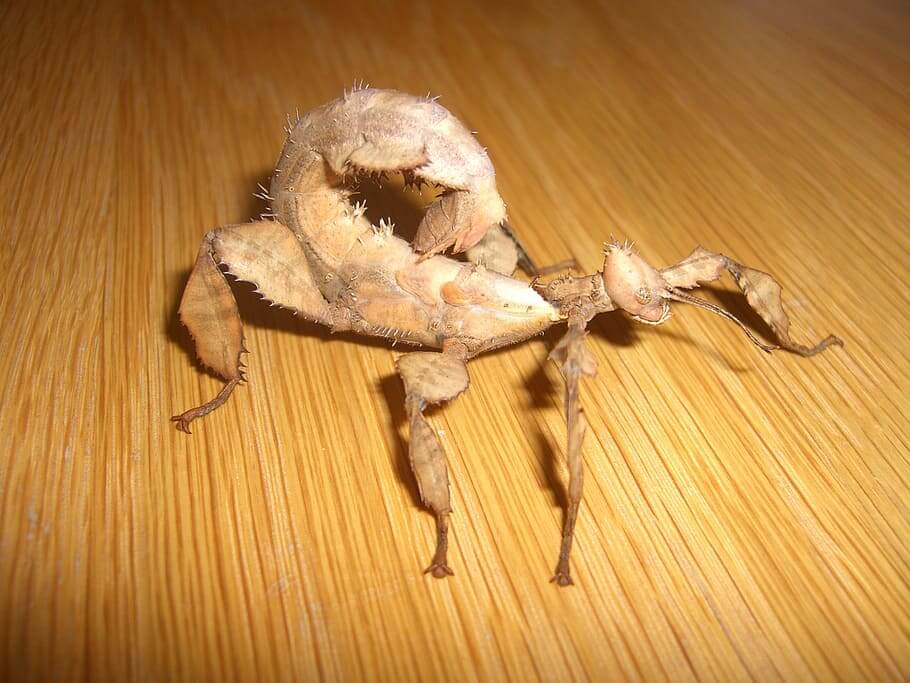 Extatosoma tiaratum belongs to the order of the phasmids (Phasmatodea), i.e. the ghost horrors.
The walking leaves (Phylliidae) and stick insects also belong to this group. The Australian ghost insect is a “real ghost insect” (Phasmatidae) that is native to the tropics and subtropics of Australia. Like all ghosts, the Australian ghost is a pure herbivore that feeds on leaves. This type of diet is known as phytophagous.

Similar to the Walking Leaves, Extatosoma tiaratum mimics the shape and appearance of leaves. In the case of the Australian ghosts, however, these look rather wilted. In terms of color, the occurrences range from green to brown, although greyish forms have also been found. These color variants can hardly be distinguished from lichen. Science has not yet clearly clarified whether this is a genetic determination or whether environmental influences are responsible for the changed color. The results remain to be seen.

But not only adult animals are camouflaged, but newly hatched nymphs are also protected by camouflage. However, the young animals do not imitate leaves, but ants: The Australian fire ant thinks the eggs of the Australian spotted insect are nutritious seeds and transports them to the nest. The hard-shell eggs cannot be eaten, however, and after hatching, the ghosts leave the burrow as young nymphs that look extremely similar to ants, camouflaged to climb the surrounding trees and bushes and eat there.

Both camouflage forms offer extremely good and successful protection against predators, of which there are so many that life for an Australian ghost is probably no picnic.

The Australian stick insect, like most ghost insects, can shed limbs in danger to protect itself. In the larval stage, these also grow back to a limited extent, so they can be regenerated to a certain extent. Like some walking leaves, Extatosoma tiaratum is capable of virgin generation (parthenogenesis), the female can produce virgin offspring without being dependent on a male.

In its Australian homeland, Extatosoma tiaratum mainly eats eucalyptus (what else ?!), although it must be said that there are over 600 different species of eucalyptus, the blue gum trees! In our latitudes, the animals like to let themselves be with the foliage of rose plants, such as z. For example, feed blackberry, raspberry, dog rose, etc. But the leaves of oak, beech, or hawthorn are also eaten.

The development of the eggs depends on the temperature and can take up to six months. The larval development to the imago, the adult animal, also takes about half a year, depending on the temperature and food availability. Male animals live as imago for about three to five months. Females can live up to a year and lay numerous eggs during this time so that sufficient offspring is ensured.

As with other ghost horrors, Extatosoma tiaratum, male and female animals differ significantly from each other. The fightable males are somewhat slimmer than the flightless females, who only have stub wings. The females are characterized by the fact that they carry their voluminous abdomen (the “abdomen” is the “abdomen” of insects) curved like a scorpion stinger. The females also have spiky outgrowths on the exoskeleton that males lack. The body size can also give an indication: males remain slightly smaller at just under 10 cm than females, which can grow up to 14 cm.

The keeping conditions of Extatosoma tiaratum are similar to those of numerous other phasmids.
Caterpillars, glass terrariums, and temporary also plastic terrariums are suitable as terrariums. In any case, you have to pay attention to good ventilation and prevent waterlogging. The soil can be covered with peat or with a dry, inorganic substrate (e.g. vermiculite, pebbles). Alternatively, the display with kitchen paper can also be useful, as this makes it easier to collect eggs. However, the workload when the floor is covered is significantly less than when changing the kitchen roll every week. Occasionally the organic or inorganic covering has to be replaced anyway since the excrement of the animals otherwise becomes unsightly and unsanitary. You should be careful not to throw away eggs unnecessarily. You should not choose the size of the terrarium too small. For an adult couple, the minimum size should be 30 cm x 50 cm x 40 cm (BHD), with a larger number of pets accordingly more. The cut branches of the forage plants are simply placed in a container in the terrarium and regularly replaced. You should avoid rotting leaves and moldy wood because of the risk of disease. The temperature in the terrarium should definitely be above 20 ° C (around 20-25 ° C), but never above 30 ° C. In many living rooms, the optimal internal temperature of the terrarium can be achieved through the normal room temperature. The humidity should be around 60 to 80%. Waterlogging is to be prevented for health reasons (make sure there is sufficient air circulation!). To control the temperature and humidity, you should definitely install at least a thermometer and a hygrometer in the terrarium. 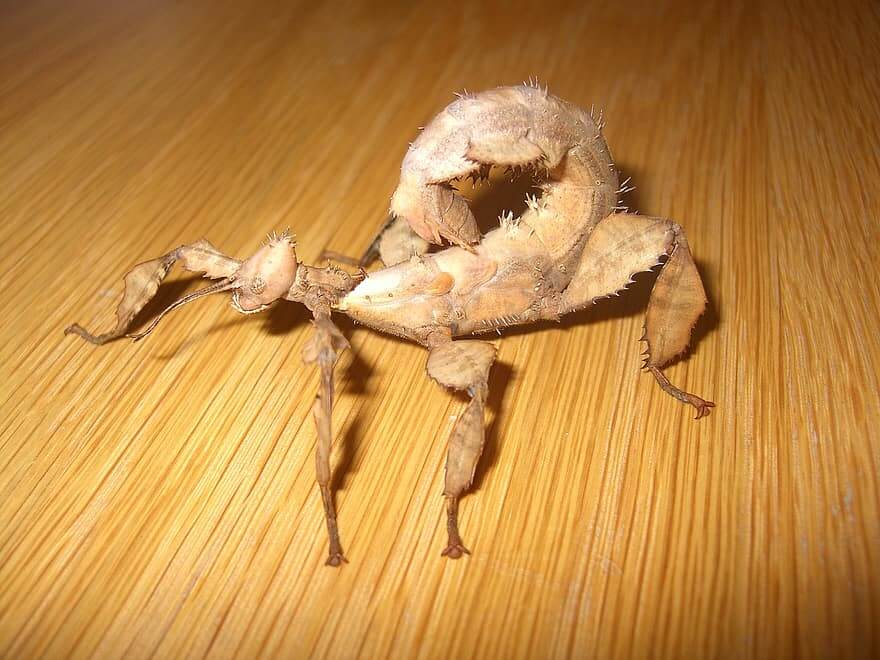 The keeping and care of the Australian ghost bug are usually easy to manage. However, one should make sure that one refreshes one’s breeding line (which will inevitably arise, provided that one takes care of reasonable housing conditions …) again and again with foreign animals in order to prevent inbreeding and the disadvantages associated with it.