Dwarf otters are very cute creatures: the little otters have front paws that look like our hands and with which they can dexterously hold their prey.

Dwarf otters belong to the order of carnivores and there to the marten family. Within this, they form the subfamily of the otters and there in turn belong to the genus of the finger otters. They are so named because their front paws resemble a human hand, their claws are very short and their fingertips do not protrude.

They, therefore, look a little like human fingernails. Sometimes the animals are therefore also called short-clawed vipers. Similar to our native otters, dwarf otters have a slender, elongated body, the head is somewhat flattened and broad, the legs are short and strong. The ears are small and round, they can – like the nostrils – be closed when swimming and diving.

Like all otters, pygmy otters are well adapted to life in water: the fur – one of the densest in the animal kingdom – is impermeable to water. It consists of an undercoat and a top coat that is smooth and shiny. The upper body is dark brown or ash gray, the belly is lighter colored, the throat is almost white.

Dwarf otters measure from head to bottom between 41 and 64 centimeters, the tail measures an additional 25-35 centimeters. They weigh 2.7 to 5.5 kilograms. The males are on average 25 percent larger than the females.

Where do Asian dwarf otters live? 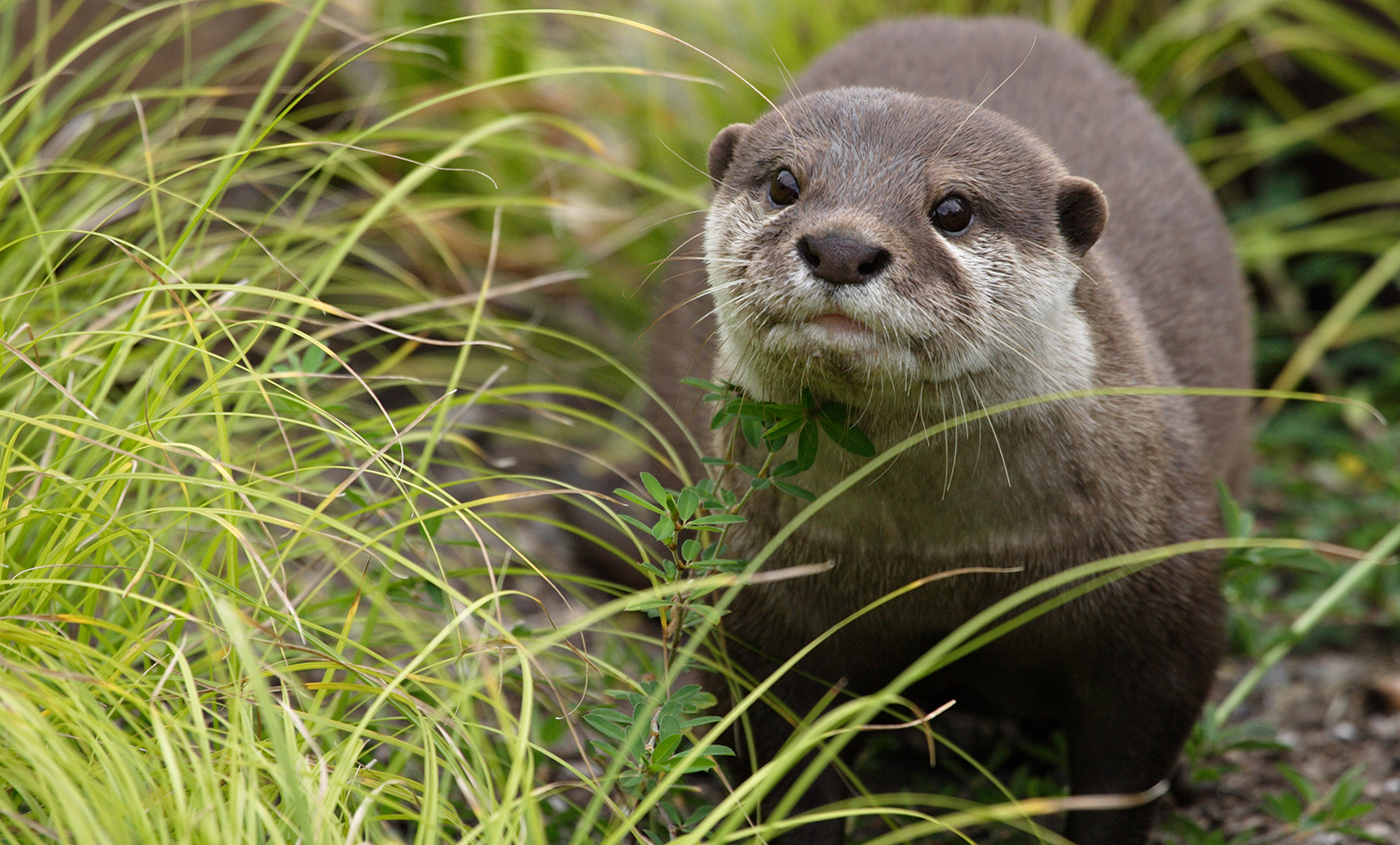 Dwarf otters are at home in Asia. There they can be found in India, Southeast Asia, southern China, Indonesia, Sri Lanka, the Malay Peninsula, Borneo, and some other Southeast Asian islands up to the Philippines.

Like all otters, pygmy otters live predominantly in the water. They stay mainly in rivers and estuaries, which are densely guarded with bushes and undergrowth. But they can also be found on sea coasts. Sometimes they even colonize rice fields flooded with water.

Which Asian dwarf otters are there?

The subfamily of otters includes dwarf otters, otters, sea otters, small-clawed otters, and the South American giant otters, which can weigh up to 20 kilograms. Very close relatives of the Asian dwarf otter are the African-fingered otters.

How old do Asian dwarf otters get?

Dwarf otters live up to 15 years.

How do Asian dwarf otters live?

Dwarf otters differ from other otters in another way of behaving: they do not grab their prey with their mouths, but grab it with their paws, which are very dexterous thanks to the movable individual fingers. They also use their touch-sensitive fingers to dig and search for prey in mud and under rocks.

In addition to the water, pygmy otters also look for food in the shore scrub: Then young birds such as ducks can also fall victim to them. Because pygmy otters are fairly smart and docile, they are domesticated and trained for fishing in some areas of Malaysia, although they rarely hunt fish. They dive, catch fish and deliver them for a reward.

Friends and foes of the Asian dwarf otter

Dwarf otters can fall prey to other, larger predators. They were also hunted in part because they were thought to be competitors for food. However, in contrast to other otter species, their fur was less of a concern.

How do Asian dwarf otters reproduce? 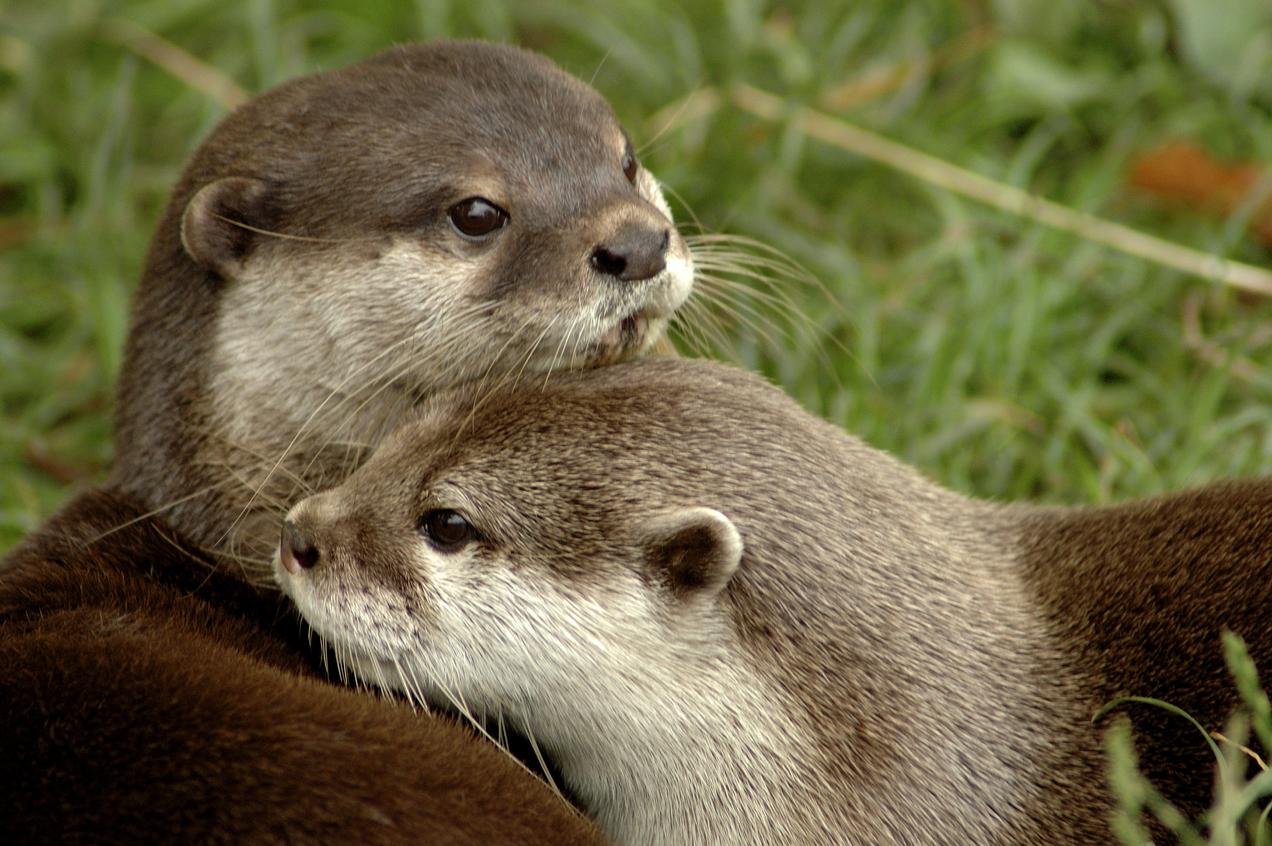 Female dwarf otters can have cubs twice a year. Before giving birth, a pair of pygmy otters build a small den in the mud of the bank. Here the females give birth to one to six young after a gestation period of 60 to 64 days. The baby otters spend the first few weeks in this cave and are suckled by the mother.

When they are around 80 days old, they can eat solid food. They gradually learn from their parents how to hunt and what to eat.