It can always be the case that an aquarium change is due: Either you want to increase your inventory, your old aquarium is broken, or should be used for purposes other than intended. Find out here how an aquarium move works best and, above all, stress-free – for aquarium owners and aquarium residents.

Contents show
1 Before Moving: the Necessary Preparation
2 The Move: Everything in Sequence
3 After the Move: The Aftercare

Before Moving: the Necessary Preparation 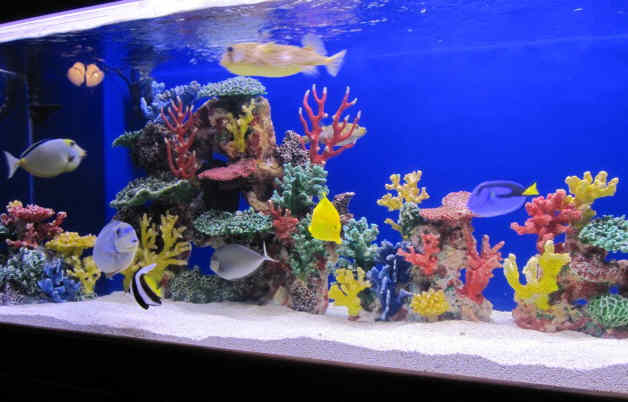 A move like this is always an exciting undertaking, but it generally goes very well when you know what to do: Here, preparation and planning are everything. First of all, it must be considered whether new technology has to be purchased. That mostly depends on the size of the new aquarium: Everything that cannot be taken over has to be replaced in case of doubt. Therefore, you should go through everything in peace and note down what new technology has to be acquired before the big day.

Speaking of technology: the heart of the aquarium, the filter, needs special treatment here. Because bacteria have accumulated in the old filter, which is essential for the functioning of the new tank, they should not simply be “thrown away”, but used. If you have bought a new filter, you can simply let it run with the old aquarium before moving, so that bacteria can also grow here. If that doesn’t work out in time, you can simply insert the old filter material into the new filter after the move: Don’t be surprised if the filter capacity is reduced first: the bacteria first have to get used to it.

Then the question has to be clarified whether the aquarium should be set up in the same place: If this is the case, emptying, repositioning, and the actual move must take place one after the other, but if you can set up both tanks at the same time, the whole thing goes faster.

In addition, you have to make sure that enough new substrate and plants are on hand if an increase in the dimensions is planned. But you should remember that the more new accessories are used, the more the move should be combined with a separate break-in phase.

Things are about to start now: You should stop feeding the fish around two days before moving: this is how unnecessary nutrients are broken down; During the move, there is enough release due to the sludge swirling up. If there are now additional nutrients in the water due to generous feeding, an unwanted nitrite peak can occur very quickly.

The Move: Everything in Sequence

Now the time has come, the move is imminent. Again, you should consider whether you have everything you need and have the necessary items ready: Not that something important is suddenly missing in the middle.

First, the temporary fish shelter is being prepared. To do this, fill a container with aquarium water and aerate it with an air stone (or similar) so that you have enough oxygen. Then catch the fish and put them in. Proceed calmly, because the fish are already stressed enough. Ideally, one counts up whether everyone is there at the end. To be on the safe side, you can also keep the decorative materials in the fish vessel, because on the one hand stowaways are often billeted here (especially catfish or crabs), and on the other hand, the possibility of hiding them reduces the stress of the fish. For the same reason, the end of the bucket should be covered with a cloth: In addition, jumping fish are prevented from breaking out.

Then it is the turn of the filter. If you want to keep it, you must not drain it under any circumstances: it should rather continue to run in a separate container in aquarium water. If the filter is left in the air, the bacteria that sit in the filter materials die. This can produce harmful substances that would be transported into the new tank with the filter (material). This can sometimes lead to fish deaths, so keep the filter running. In contrast, the rest of the technology can be stored dry.

Next, you should try to keep as much old aquarium water as possible; this works well with a bathtub, for example. The substrate is then taken out of the pool and stored separately. This can be reused in whole or in part. If part of the gravel is too cloudy (usually the bottom layer), it is very rich in nutrients: Better to sort out this part.

The now-empty aquarium can finally be packed away – Caution: Only move the aquarium when it is really empty. Otherwise, the risk that it will break is too great. Now the new aquarium can be set up and filled with the substrate: old gravel can be reintroduced, new gravel or sand must be washed beforehand. Then plants and decorative materials are placed. Last but not least, the stored water is poured in slowly so that as little soil as possible is stirred up. If you have enlarged your pool, of course, additional water has to be added. The whole process is similar to a partial water change.

After the cloudiness has subsided a little, the technology can be installed and used. After that – ideally, you wait a while – the fish can be carefully reintroduced. Make sure that both water temperatures are roughly the same, this reduces stress and prevents shocks.

After the Move: The Aftercare 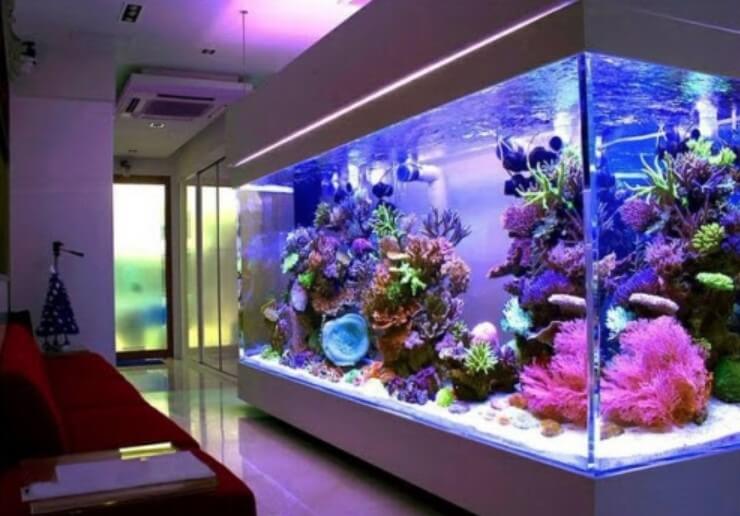 In the following days, it is particularly important to test the water values regularly and to watch the fish carefully: You can often tell from their behavior whether everything is correct in the water. Even after moving, you should feed sparingly for two weeks: the bacteria have enough to do to eliminate pollutants and should not be burdened with too much fish food, the diet does not harm the fish.

If you want to add new fish, you should wait another three or four weeks until the ecological equilibrium has been fully established and the aquarium is running safely. Otherwise, the move and the new roommates would be an avoidable double burden for the old fish, which can lead to diseases.