About 80% of all animal species described so far belong to the class of insects. The number of species that have not yet been described is probably just as large, i.e. it also includes around 1 million species. But not only the number of species, but also the number of individual animals is impressive. Ants are particularly noticeable here, in which some species have a colony size of up to 500,000 individuals. While vertebrates are characterized by increasing intelligence behavior, the instincts of insects are unsurpassed. Ants in particular are characterized by the formation of boxes and division of labor in the social behavior that establishes a state.

Contents show
1 Fascinating Evolution
2 A Couple of Notes on Biology
3 Ants and Their Role in the Ecosystem
4 Ants as Pets?
5 Advice on Keeping
6 Conclusion 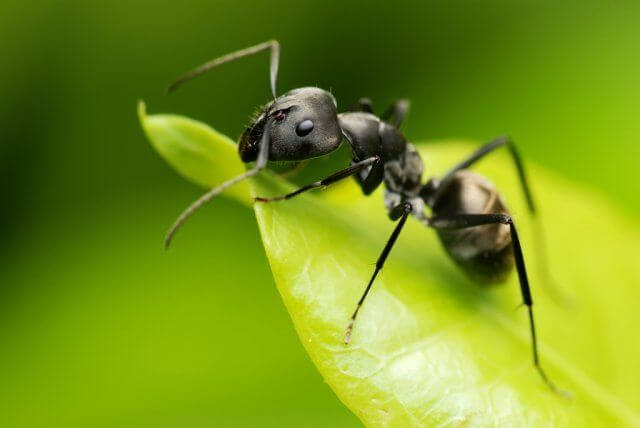 In the course of evolution to date, some impressive peculiarities have developed within the group of ants, which are unique in the animal kingdom. For example, leafcutter ants transport vast amounts of plant matter, such as grass or leaves, into the nest. However, they do not eat this biomass, but chew it up and use it as a substrate in order to grow a special fungus from the genus of the Egerling umbrella family (Leucoagaricus) on which they feed. These ants run a “mushroom garden”, so to speak.

The honey pot ants are also a real peculiarity: They are so-called because some of the workers are fed by conspecifics. The fed animals do not use the ingested feed immediately but store the sugar-containing solution (“honey”) in their abdomen. The ants in question sit motionless on the ceiling of the ants’ den and wait for things as a “honey pot”. If necessary, e.g. B. If there is a shortage of food, the stored food is given back to other workers and the “honey pots” themselves can move again.

The driver ants represent a third impressive group. These are characterized by predatory foraging forays in which up to a hundred thousand individuals often take part and in which even larger prey animals fall victim. The entire nest, including the brood, also moves regularly and changes location. Hence they are also called wandering ants.

But not only these exotic features are worth mentioning, but our local ants also have fascinating facts. Numerous species keep lice as “farm animals” in order to harvest valuable honeydew. They even defend their “cows” from larger enemies such as ladybirds.

A Couple of Notes on Biology

Ants represent the climax of the evolution of social insects to date and live together in one state, a so-called colony. In addition to one or more queens, ants, the so-called gynomorphs (also called gynes for short), workers (sometimes also soldiers), and male sex animals for the purpose of reproduction. Ants belong to the insect order of Hymenoptera (this group also includes wasps, bees, and bumblebees) and are summarized in the family Formicidae. About 115 species have been described in Germany and about 175 in Europe. There are at least 11,000 species worldwide. The main area of distribution is in the tropical rainforests. The ant body is divided into three clearly distinguishable parts: head, mesosoma (middle body), and gaster (abdomen). Probably the most important parts of the body are the feelers, which are used to perceive various chemical and thermal stimuli.

Ants and Their Role in the Ecosystem

Often ants are treated rather disparagingly. As “sugar robbers” they are unpopular. Unfortunately, many human contemporaries are very close to using insecticide. Ants play particularly important roles in various ecosystems. As hunters and carrion users, they decimate insect pests or devour dead animals, decompose them further and thus make them available as biomass for the nutrient cycle.

The spread of plant seeds by ants is also particularly significant: Adapted plant seeds are carried away. These seeds have attachments that are rich in lipids, carbohydrates, proteins, starches and vitamins and are therefore highly attractive to ants. When being transported to the nest, the appendages are often already consumed on the way and the seeds are left lying around, or the appendix is ​​first consumed in the nest and the seeds are then removed from the nest. In both cases, the seed can germinate and thus help the plant to spread. In some European deciduous forests, 30-40% of all herbaceous plants are dependent on ants for seed dispersal (e.g .: Viola, Corydalis, Ajuga, Hepatica, Melica, Silene, Anemone, etc.).

Some ants, such as B. the yellow meadow ant, build huge nests under the ground and ventilate the ground, from which plants in particular benefit greatly. In some areas, ants shift as much soil as earthworms!

Trophobiosis is also an aspect worth mentioning: trophobiosis is the interrelationship with honeydew producers, i.e. a symbiotic relationship between a living being that offers food to ants and a second living being that ingests this food and provides something in return (e.g. protection). Often the food offered is body excretions or the like. A well-known example of trophobiosis is the relationship between ants (Formicidae) and aphids (Aphidina), in which the aphid gives off honeydew and receives protection from the ant. Garden owners rightly perceive this correlation as damaging to plants. Because of the multitude of positive meanings, one should practice a certain tolerance here!

Many people in the circle of relatives and acquaintances expressed themselves somewhat irritated when I told them that I had bought ants as pets. When I went looking for mated queens during the mating flight last year, some were on the verge of organizing help for me. But after I gave words to my enthusiasm in full possession of my mental faculties, the doctor was not called.

For me, ants are fascinating creatures because they live together in huge groups and live in a strict order and division of labor. With ants, only the community counts; the individual is only important as part of the collective. The queen lays eggs and ensures the growth of the colony, but without her “people” she would be in a fix. It is therefore only part of the overall system and not “outstanding”.

Typical behaviors can be observed intensively when keeping ants. Rearing larvae and pupae, in particular, is an exciting undertaking. The hunt for prey and the joint killing and cutting are both cruel and beautiful.

Some native species are also suitable for beginners in terraristics and can be kept and cared for without any problems. If you want to be able to see something with the naked eye even with a small colony, I recommend the “brown-black horse ant”, one of the largest native species.

In the necessary brevity, I can only give you a few basic tips and recommendations, without claiming to be exhaustive. For keeping you basically need a special terrarium (here: Formicarium), Formicarium, which consists of two parts, namely an arena (“normal” terrarium; is used by the ants to get food) and a nest (this special terrarium consists of two close Glass plates lying next to one another, in which substrate such as a sand-loam mixture, cork with cavities or plaster of Paris with cavities; is used to raise the brood). These two parts must logically be connected to each other. You will also need a drinking trough (this is ideally sealed with cotton wool so that the ants do not drown when they take in water) and food bowls (dispensers available in specialist shops are ideal here). In addition, I recommend a thin sandy floor for the arena (possibly with clay) and various natural supplements, such as B. cones, chestnuts, moss, etc.

Honey solution and sugar solution are offered as feed, as well as protein-rich foods, e.g. B. Larvae (“mealworms”) or flies. When keeping domestic ants, you don’t need an additional heat source. Room temperature is usually sufficient. In any case, you have to ensure that the nest is adequately humidified, without flooding the brood or provoking mold formation through permanent wetness. The only difficulty in keeping most native ant species is overwintering. This should take place at approx. 5 ° -10 ° C and last from approx. November to March and you must not forget to provide enough drinking water. The evaporation losses in basement rooms are enormous! 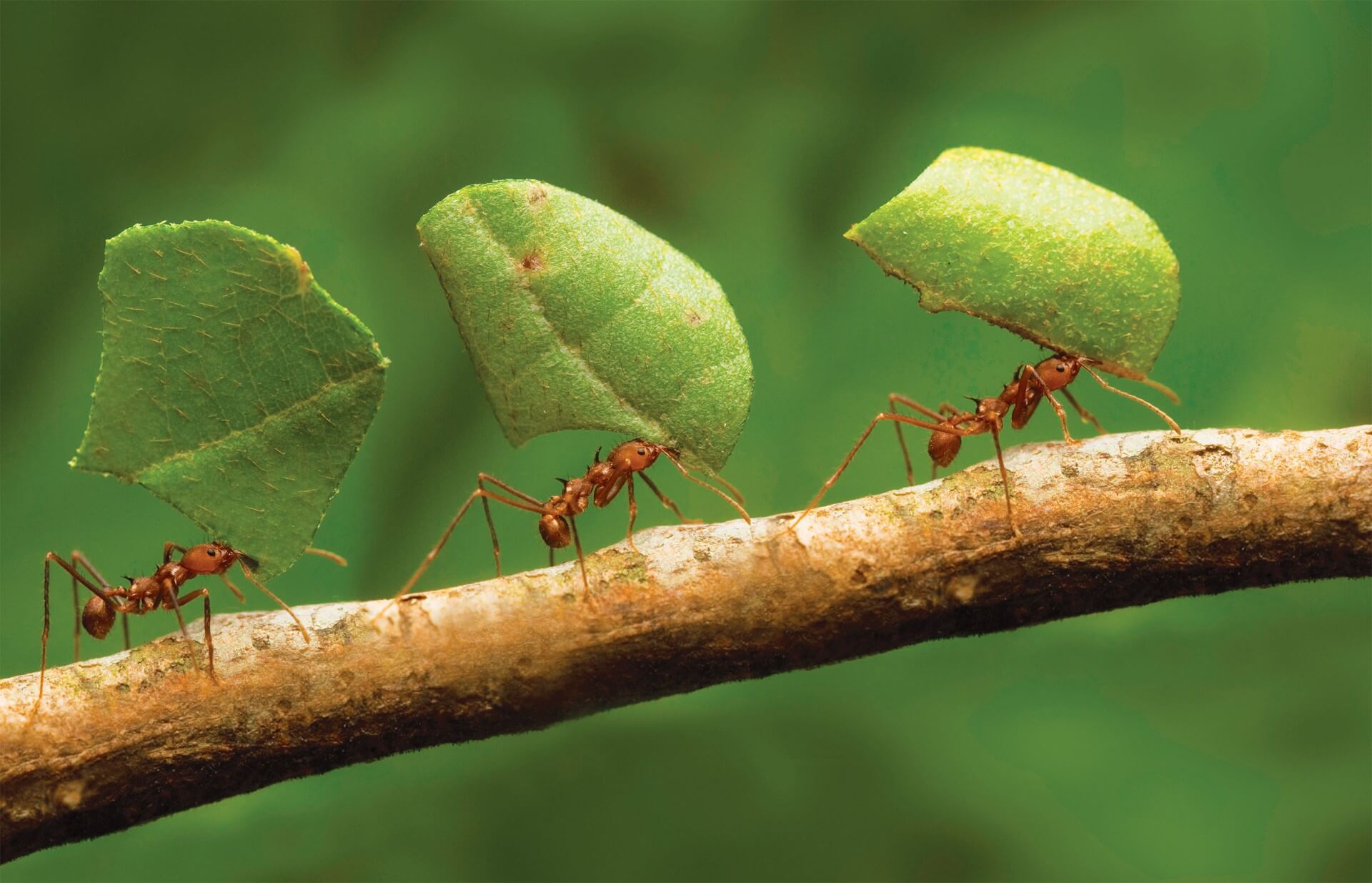 Once you get the ant fever, you will come across many like-minded people in various internet forums and platforms with whom you can talk shop about your “hobby”. With a large number of species suitable for keeping, there is always something new to report and a lot to discover! And I can assure you of one thing: the view of your own garden and nature in front of your home will definitely be different! You will be surprised how many colonies there are in your immediate vicinity, where exactly they live, what they eat, when they mate, etc., to name just a few.