Horses are curious and like to nibble on things that are interesting to them. Since many plants are very poisonous for your horse, caution is advised. We give you an overview of poisonous plants for horses, which are particularly dangerous and which you should know.

The Dose Makes the Poison Some horses react directly to poisoning with diarrhea or colic, while other horses can accelerate the distribution process in the body by restless and excited behavior. Some poisonous plants have a higher dose than other plants, even only in certain parts of the plant. There are poisons for which a small dose is already dangerous. Other poisons, on the other hand, can be eaten in large quantities by your horse without any symptoms afterward. There are even plants where the dose of the poison is related to the location or the time of day. In addition, genetics also play a role in plants – plants of the same plant species can have different concentrations of toxins due to their genetic makeup. You notice that this topic is very complex and extensive. It is therefore all the more important to take responsibility and not only enable the horse to be kept in a species-appropriate manner, but also to keep an eye on health with regard to the risk of ingesting poisonous plants.

Everyone knows the Hercules shrub, better known as the giant hogweed. It can reach a height of at least 350 cm and has white flowers. These lie together and form umbels that can also reach larger diameters. The very thick stem has red spots. The plant blooms in a period from June to September and can be found mostly on meadows, but also on the edges of forests.

The somewhat smaller, but also dangerous meadow hogweed is similar in appearance and also very dangerous for horses in its mode of action.

The toxins are in the whole plant, but especially the sap is tough. Just touching it is enough to trigger inflammation on the skin. If parts of plants are swallowed, it can cause irritation both in the mouth and in the intestines.

One of the most famous and feared poisonous plants is probably the ragwort. However, there are around 30 species of ragwort, and telling them all apart is not easy and requires careful study and practice.

The ragwort can reach a height of 170 cm and has yellow flowers. The inner yellow area of ​​the flower is surrounded by several yellow and elongated ray florets. The flowers also form several umbels. There are narrow leaves on the stems, which in turn consist of several individual leaflets. The stem itself has a reddish-brown tinge. The ragwort blooms from July to October.
You can find it on the horse pasture as well as on the edges of paths or forests. The toxins are found in the whole plant, but these are most concentrated in the flowers and in the young plants. Unfortunately, ragwort in dried form in hay or haylage remains poisonous.
The effect of the plant is special because it only becomes toxic when it has been metabolized in the horse’s liver.

The autumn crocus has light purple flowers, which are funnel-shaped. It arises from an onion bulb and is up to 20 cm high. The flowers can be seen from late summer to autumn. The leaves, on the other hand, are not visible to us until the following spring, but without flowers.
The leaves are quite long and wide, but when curled up, they appear quite narrow. They are easy to confuse with wild garlic.

The plant can be found in pastures and also in damp meadows. The whole plant contains toxins, but the highest concentration is also here in the flower. This plant is still very poisonous in the dried form in the hay.

The yew, an evergreen conifer, grows up to 20 meters high and has broad, soft needles. It blooms from March to April and can be found in forests as well as in parks. The seeds of the yew are first surrounded by a green and later by a red coat. Both the seeds and the needles contain highly toxic active ingredients.

The red foxglove can grow up to 150 cm high and has bell-like flowers that are approximately 5 cm long. The flowers all hang at the top of the stem and all point in one direction. The plant blooms from June to August and can be found on the edges of forests or in clearings. The leaves of the plant sit directly on the stem at the top, while they have long stems at the bottom. The toxins are mainly in the leaves of the thimble. All types of thimble are poisonous for horses. 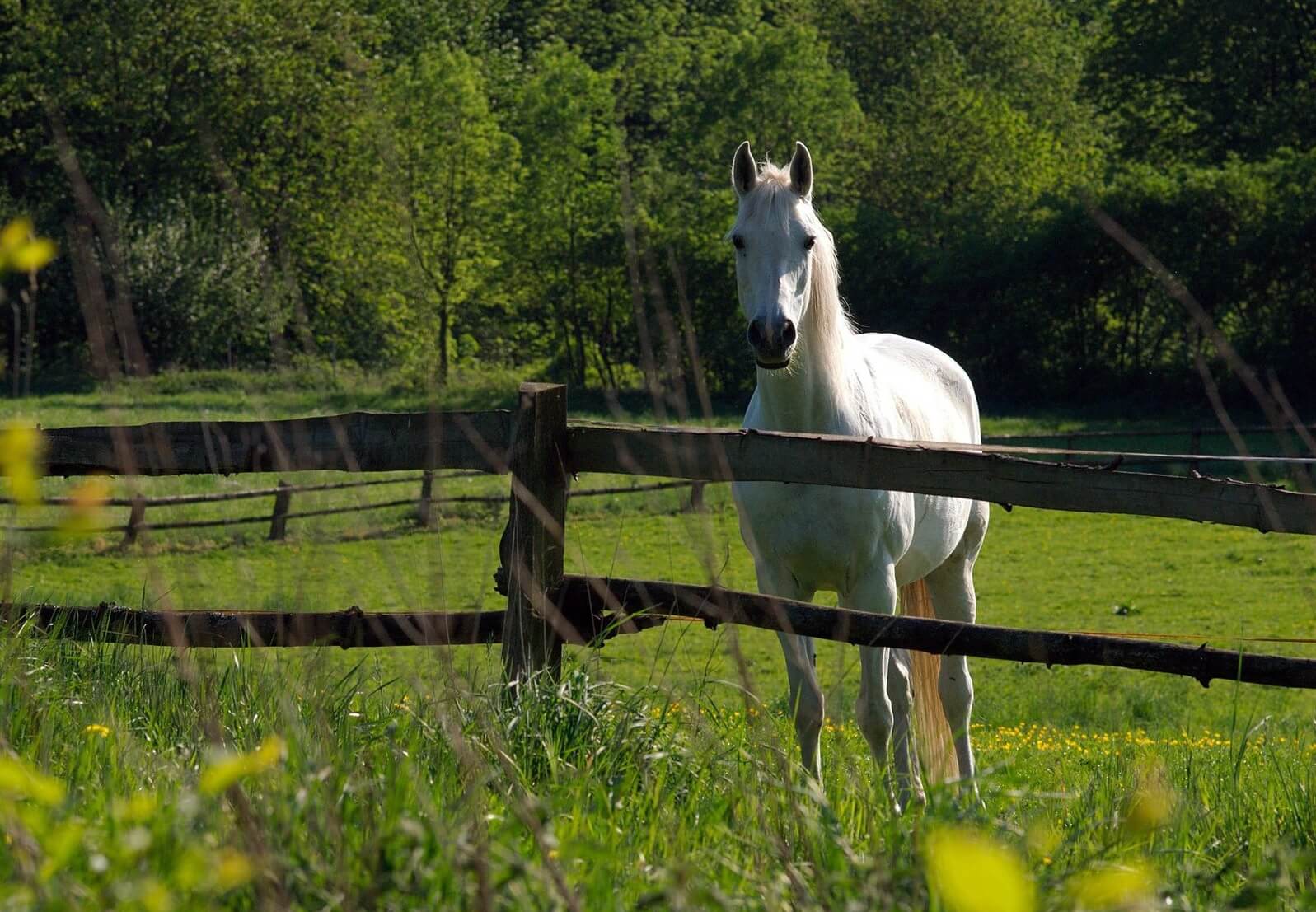 The blue monkshood can be up to 150 cm high and has dark blue flowers. The petal on top is not so high, but very broad. The leaves of the plant are divided several times. The plant can be found in damp pastures or in gardens at home.

The whole plant contains toxins, but the highest percentage is found in the tubers.

These were just a few poisonous plants for horses. It is important to deal with it and we hope that we have been able to bring you closer to the topic.