As the “king of terriers”, the pointedly black-brown Airedale Terrier occupies a special position among his close relatives: on the one hand, he brings with him the endurance and independence characteristic of terriers, and on the other hand, he has a high readiness for cooperation and unlimited loyalty to his owner. . A dog for all occasions – if you won his heart! 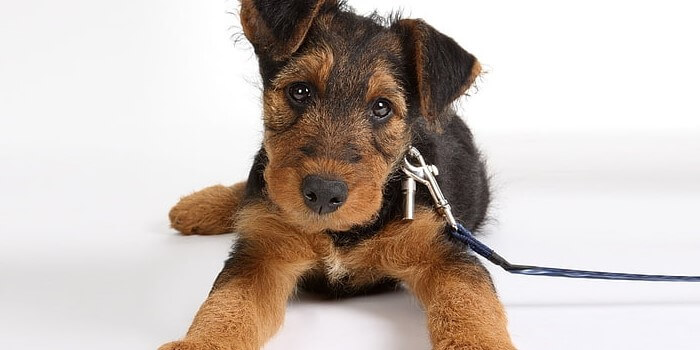 The Airedale Terrier appeared in Yorkshire, in the north of England, around the middle of the 19th century. The largest of all terrier breeds, it owes its name either to its origin in the Eyre Valley or to its Airedale Festival debut. Since this first public presentation of the multi-breed breed, the Airedale Terrier has firmly established itself. In the beginning, it was mainly used as a hunting dog – whether it be rats or foxes at court or as a companion on horseback in horse hunts. During World War II, these terriers accompanied soldiers in battle. Today, the Airedale Terrier is a popular family dog.

The Airedale Terrier is self-confident, very affectionate, and playful. Courage, endurance, and independence make him a serious, vigilant four-legged friend who loves to hunt and is not afraid, if necessary, to protect his people at the cost of his life. Because of the pronounced hunting instinct, life with cats and small animals is difficult. While he may learn to accept other four-legged roommates, it’s best not to be alone with them. This large terrier has a strong guard instinct and reliably communicates when someone approaches the property. In his family, the Airedale Terrier is an extremely loyal, lovable dog who, if well socialized, gets along well with children… His great passion for play, which usually continues into old age, makes him an interesting family dog.

Training & Maintenance of the Airedale Terrier 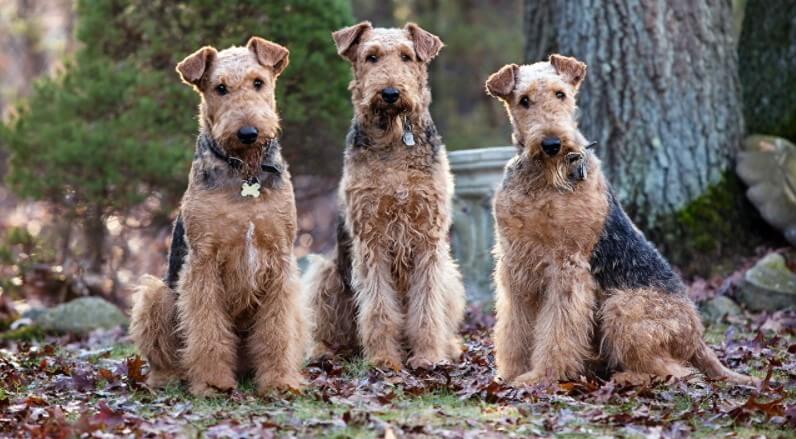 Self-confident and highly intelligent, the Airedale Terrier needs strict rules and consistent training. If not, he is ready to take on the role of the leader himself – and he makes decisions in everyday life. It is important to direct his strong hunting and guarding instinct in the right direction. Loyal and with goodwill to please, this terrier is not difficult to train. An important role is played by the physical and mental load of this very active breed that loves exercise. With drag and drop games, you can appeal to his hunting instinct and his joy to play, as well as his sensitive nose. The Airedale Terrier needs adequate exercise and can ride a horse or bike for hours. So busy, this large terrier feels at home even in a city apartment. Of course, a house with a piece of land that he is allowed to guard is even more pleasant.

The Airedale Terrier has a special coat. The topcoat is coarse and wavy, while the undercoat is soft and smooth. It sheds only a little but has a noticeable coat change in spring and autumn. Trimmed skin needs professional trimming three to four times a year. A haircut is not the best way to deal with the texture of his coat! You should also brush your Airedale Terrier thoroughly several times a week, as well as check his eyes, teeth, and ears. With good care, large terriers live from eleven to twelve years.