The African gray parrot is one of the largest parrots in Africa. In Central and West Africa, it lives in tropical rainforests, mangroves, and sometimes also wet savannas. He is considered particularly social and intelligent. Read more about the characteristics and attitudes of the feathered gray giants here. 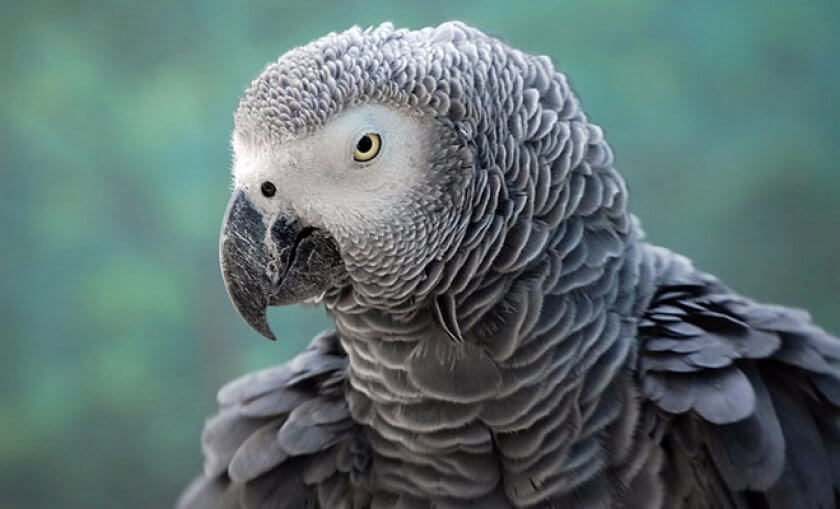 The gray parrot is visually distinguished by its gray plumage and bright red tail. The beak and legs are black, the eyes are bright yellow. The noticeably thick beak makes it possible to break open even particularly robust nuts. This also serves as the “third foot” when climbing. Two toes are pointed towards each other so that climbing is easier and the parrot can easily hold on to food it has found.

The subspecies of the African gray parrot include the Congo and the Timneh gray parrot. The former is one of the larger parrots in Africa with a body length of 28 to 40 cm and a weight of around 490 g. The Timneh is very cuddly and significantly quieter than the Congo, but extremely stubborn.

Parrots can generally live to old age. The African gray parrot also has a high life expectancy with an age of up to 60 years.

A Look at the Menu

A grain mix with a particularly high proportion of tasty sunflower seeds is suitable for feeding the beautiful birds. Uncooked rice, oats, wheat, corn, seeds, pumpkin seeds, and various nuts should also be part of daily meals. The African gray parrots also love fresh fruit and vegetables as well as delicious dried fruits. To satisfy the gnawing needs of the little roommates, you should also consider fresh fruit tree branches.

A Cozy Place to Stay

The intelligent bipeds prefer to nest in tree hollows. These provide protection and are great for incubating eggs. As a rule, the feathered animals lay two to four eggs, the breeding time of which is around 28 to 30 days.

The young birds that hatch blind and naked are classic nestlings that only leave their safe accommodation after approx. Three to four months. For breeding and keeping, the parrots need an incubator with dimensions 35 x 35 x 80 cm. In addition, the opening of the entrance hole should be approx. 12 cm. The African gray parrot is a very popular pet. The common round cages, which are not even suitable for climbing due to the vertical bars, turn out to be completely unsuitable and are by no means appropriate to the species. Usual bird cages are out of the question due to the lack of space, because suitable aviaries for keeping gray parrots must be at least 300 x 200 x 200 cm. After all, the gray parrot should feel comfortable and have enough space available.

A Visit to the University

The African gray parrot Alex, who died in 2007 and whose use of words has been studied over 30 years by the animal psychologist Irene Pepperberg at various universities, mastered 200 different words after a total of 19 years of training. In addition, he was able to express certain needs and desires and was able to count. The latter enabled him to name the correct number of colored objects on a board in 80% of all cases.

For example, if he wanted a banana, he made himself known to his mistress with the words “Wanna banana”. If instead, for example, he was handed a nut, he would mostly repeat the request or throw away the unwanted legume with his beak.

African gray parrots are extremely sociable feathered animals that should be kept at least in pairs. It is even nicer to stay in a larger group so that the animals can live out their distinctive social behavior. They constantly need entertainment and enjoy contact with other conspecifics as well as mistresses or masters. In the wild, too, the parrots live together in large flocks that group together over the course of the day, as otherwise, they would be too easy a target for predators. In the evening they reunite to form a swarm and go looking for food together.

African gray parrots are often made anxious by larger, unknown objects and strangers. Parrots tend to be skeptical in these cases. You should therefore get used to novelties carefully. Overall, the character of the parrots can be described as very bright and lively but also sensitive or sensitive.

Before teaching the feathered friends various tricks and finesses, the basic training should be completely completed. Even if parrots generally do not like to be subordinate, they are willing to behave appropriately in return for praise or a small reward. Intelligent animals have to learn to differentiate between what they are allowed to do and what they are not allowed to do. For this purpose, certain commands should be practiced, which all members of the household must use equally. For example, a few flattering words and a small treat are suitable for praise. On the other hand, a stern word is sufficient for punishment.

It is also essential to practice an emergency program. The parrots should be accustomed to a glove and going into a transport box in a playful way, as well as to the intake of medicine, which is added to the water or a preferred porridge, for example.

African gray parrots love to sing, whistle, and/or talk. The cute spring friends are extremely talented and versatile. In addition, they are masters of imitation. Constant auditions, whistles, and auditions encourage the little animals to imitate. In order to promote the talents in the best possible way, the African gray parrots should be sufficiently praised for their achievements and rewarded with a tasty treat. With a little luck and practice, the feathered pet will incorporate the sounds it has learned into the master vocabulary and thus amuse the environment with amusing “conversations”. 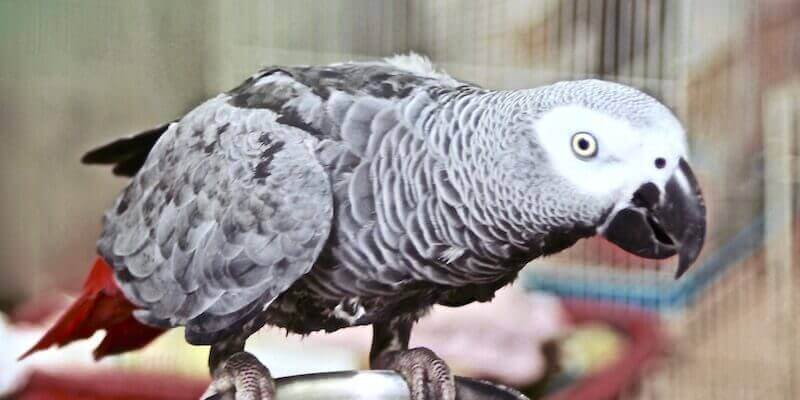 The linguistically gifted African gray parrots need a lot of attention and do not like to be alone. The acquisition of a second conspecific is therefore essential for keeping. Neither mistress nor master is suitable substitutes, but they are welcome occupations. The active and intelligent roommates are very time-consuming in keeping them. With a gray parrot you have a friend for life who does not show himself submissive, but can still be trained to be together and gives a lot of joy due to the speaking, whistling, and singing interludes.