Because they shed their skin regularly, the Aesculapian snakes were considered a symbol of rejuvenation by the Greeks and Romans and were dedicated to the healing god Aesculapius.

Aesculapian snakes are reptiles belonging to the snake family and are the largest snakes in Central Europe. They belong to the climbing snakes, some of which also live on trees and are usually up to 150 centimeters long, but sometimes up to 180 centimeters.

In southern Europe, they can reach a length of two meters. The males weigh up to 400 grams, the females between 250 and 350 grams; they are usually much shorter than the males. The snakes are slender and have a narrow, small head with a blunt snout, with a pale yellow spot on each side of the back of the head.

As with all adders, the pupils of their eyes are round. The top of the snake is light brown in color, darkening toward the tail. The ventral side is uniformly light. In meadows and on trees, this coloring makes it excellently camouflaged. The scales on the back are smooth and shiny, but the side scales are rough. Thanks to these side scales, the Aesculapian snakes can easily climb trees. Young Aesculapian snakes have bright yellow spots on their necks and are light brown with dark brown spots.

Where do Aesculapian snakes live?

Aesculapian snakes are found from Portugal and Spain across south-central Europe and southern Europe to northwest Iran. In some regions of the Alps, they live up to 1200 meters above sea level. Here they can only be found in a few regions where the climate is particularly mild. 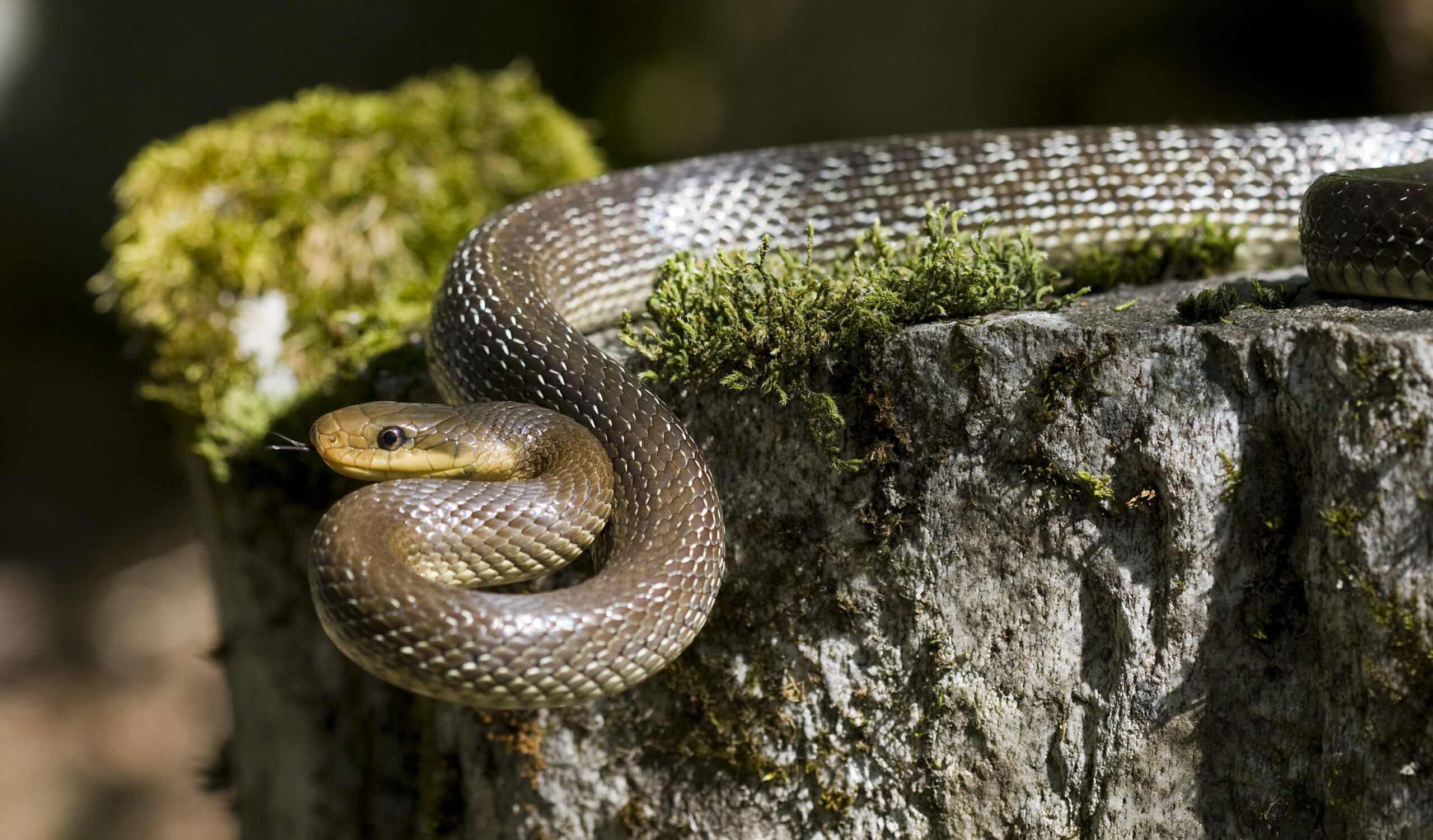 Aesculapian snakes need warm habitats with lots of suns. They like to sunbathe and therefore live in dry mixed forests, on meadows under fruit trees, on the edges of forests, in quarries, and on clearings as well as between walls and rocks. They are often found in gardens and parks. Aesculapian snakes only feel comfortable in dry habitats. As a result, although they are good swimmers, they are never found near water or in swampy areas.

What types of Aesculapian snakes are there?

There are around 1500 different species of snakes in the world. However, only 18 of them occur in Europe. The best known are the four-striped snake, the anger snake, the grass snake, the viper snake, the dice snake, and the smooth snake, in addition to the Aesculapius snake. Young Aesculapian snakes have distinctive yellow spots on their heads, which is why they are sometimes confused with grass snakes.

How old do Aesculapian snakes get?

Scientists suspect that Aesculapian snakes can live up to 30 years.

How do Aesculapian snakes live?

Aesculapian snakes have become rare here because they find fewer and fewer suitable habitats, but they still exist in some areas of southern Germany. The diurnal snakes not only live on the ground but are also good climbers and hunt birds in trees or capture bird eggs.

With us, however, you can only see them a few months of the year: They only crawl out of their winter quarters in April or May, when it is warm enough for the cold-blooded animals, and often they withdraw back into them as early as September. Mouse tunnels serve as shelter for the winter. The mating season begins in May.

When two males meet, they fight by pushing each other to the ground. But they never hurt themselves, the weaker animal always gives in and retreats. Aesculapian snakes can perceive vibrations very well and have an excellent sense of smell. Before crawling across open terrain, they usually stand up and check for danger. If you catch them, Aesculapius snakes always bite. However, their bites are harmless as they are not poisonous. Aesculapian snakes are quite common near houses.

They are not shy and are hardly afraid of people. When Aesculapian snakes feel threatened, they can release a foul-smelling secretion from special glands that scare away enemies. Like all snakes, Aesculapian snakes must shed their skin regularly in order to be able to grow. Sometimes you can then find the shed skin of the snakes – the so-called adder shirts. Before molting begins, the eyes become cloudy and the snakes retreat to a hiding place.

Friends and foes of the Aesculapian snake

In nature, martens, birds of prey, and wild boars can be dangerous to these snakes. Crows and hedgehogs also prey on young Aesculapian snakes. However, the greatest enemy is the man. For one thing, these snakes’ habitats are becoming increasingly scarce, and for another, they’re popular as terrarium pets and are sometimes caught despite being strictly protected.

How do Aesculapian snakes breed? 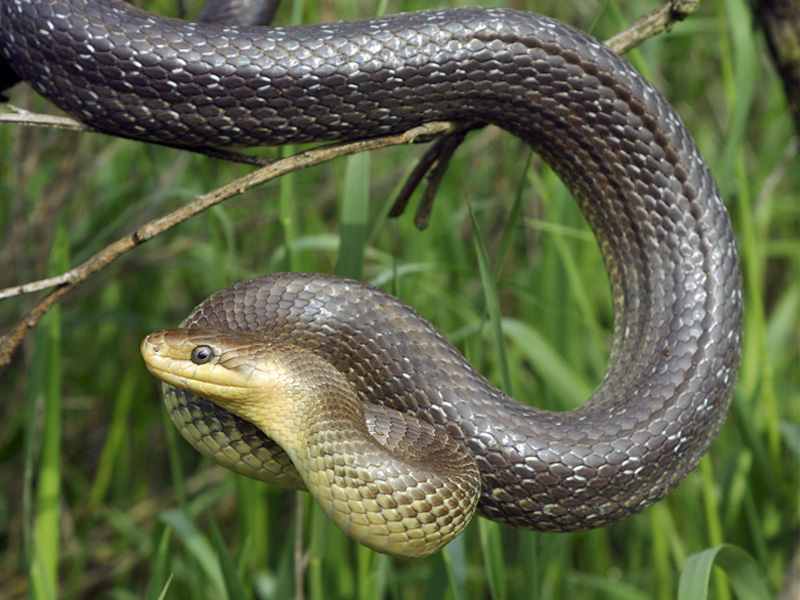 When mating, the male bites the female’s neck and both intertwine their tails in a braid. They raise their front bodies in an S-shape and turn their heads towards each other. After a few weeks, around the end of June or July, the female lays five to eight, sometimes up to 20 eggs in musty grass, compost heaps, or on the edges of fields. The eggs are about 4.5 centimeters long and only 2.5 centimeters thick. The young snakes hatch in September.

They are then already 30 centimeters long. In their first year of life, you hardly get to see them, since they retire to their winter quarters as early as September or October. They only become sexually mature when they are four or five years old.

How do Aesculapian Snakes hunt?

Aesculapian snakes silently crawl up to their prey and grab it with their mouths. The only native snake, they kill their prey before swallowing it by strangling it like a boa. They then devour the animals head first.